CEOWORLD magazine - Top Stories - C-Suite Agenda - HOW GRATEFUL WILL THE U.S. BE? 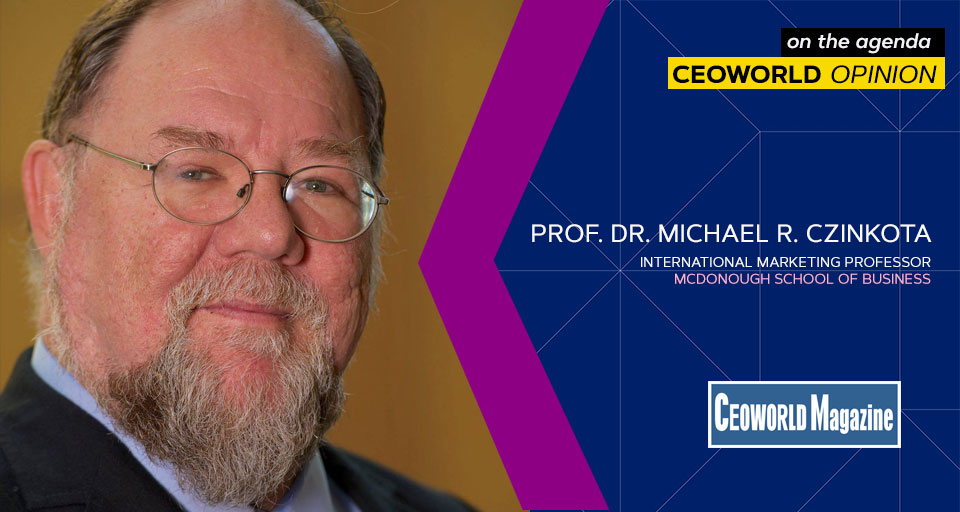 The other day I was watching a Tucker Carlson Talkshow with a focus on Hungary. Several reasons motivated my interest: one was that Hungary is hardly ever mentioned in broadcasts or social media, and if so, only with a heavy negativity, as the bad guys. For example, Mr. Biden referred to Hungary´s democratically elected Prime as ˋthug´, second, Carlson’s visit provided me with an instacheck opportunity of any claims made since my wife was in Hungary at the same time and in similar locations as was Mr. Carlson, so I could check his claims every evening with her.

A good opportunity for improving my understanding of the Hungarian condition and also of my analysis of are some results of my investigation : Hungarians are not feckless monopolists living in a scrapped together dictatorship. There are (and in April next year again will be) serious elections which, so far have resulted in clear and stable majorities.

As reported by their embassy communications, their ˋthug´ made major contributions by accomodating, feeding and clothing Afghani refugees. The education sector in Hungary, particularly on the university level, is said to be under strong government directive and control. I could not find that in conversations, but rather encountered domestic university conditions of good structure and high repute.

Students are ready for discussions and analysis about great varieties of topics. Hungarian Nobel prize winners are extraordinarily frequent. Most recently, Katalin Kariko was a major contributor to the mRNA development, the basis of the Pfizer COVID vaccine. My excellent Washington dentist tells me about Istvan Urban of Budapest where he goes for learning and training. When Mr. Carlson interviewed the Hungarian Prime Minister Orban, the thoughts on encouraging families, education and support of students and his definitions of national boundaries did not appear very controversial. The policy steps taken have yielded good results.

Orban also has developed his own approach to government response to incoming migration. Guided by his belief that 10 million Hungarians cannot accommodate a large number of migrants, He has his border guards support any migrants and then has them escorted back to the other side of the border. I have witnessed large groups of migrants pick fruit trees bare within minutes, leaving their owners without income and food. When implemented, Orban’s policy was firmly scolded by Europeans, even though by now they have adapted his approach as well. Hungary has given much ongoing support to Europe. Even though located on the verge between Asia and Europe, its society has always seen itself as clearly a part of Europe.

It has held European occupants at bay as a member of the Austrian-Hungarian empire, limited the century-long occupation by the Turks, and gloriously lost battles that protected the West. I remember when in 1956, in an eerie similarity to Afghanistan today, American encouragement led to all Hungarian revolutions against the occupying Soviet forces which resulted in many killings and emigrations from Hungary. I remember, as do many others, how the Hungarian politician Gyula Horn opened the border from Hungary to Austria, which permitted East Germans to flee in large numbers and triggered the beginning of German reunification. For all these good measures delivered by Hungary I have great difficulty finding any long-term gratitude as payback.

Yes, politics tends to be reflected by the steps of the moment, but perhaps, as we appear to redesign relations, obligations, and renew spheres of interests, this might be the right time to forge relations that are based on long term history, making up for past services rendered within a Europe in flux. Such obligations deserve to be addressed clearly and driven by transparency. Trying to make opposition whither by silencing it or ignoring it will not work in an era of global communication.

Closer and better recognition of the past may well be the key for a realignment a better future for all. In conclusion, the dimensions highlighted by Tucker are true. His perspective of Hungary, confirmed by my wife and my personal insights emerge with little challenge. I wish the country well.

CEOWORLD magazine - Top Stories - C-Suite Agenda - HOW GRATEFUL WILL THE U.S. BE?