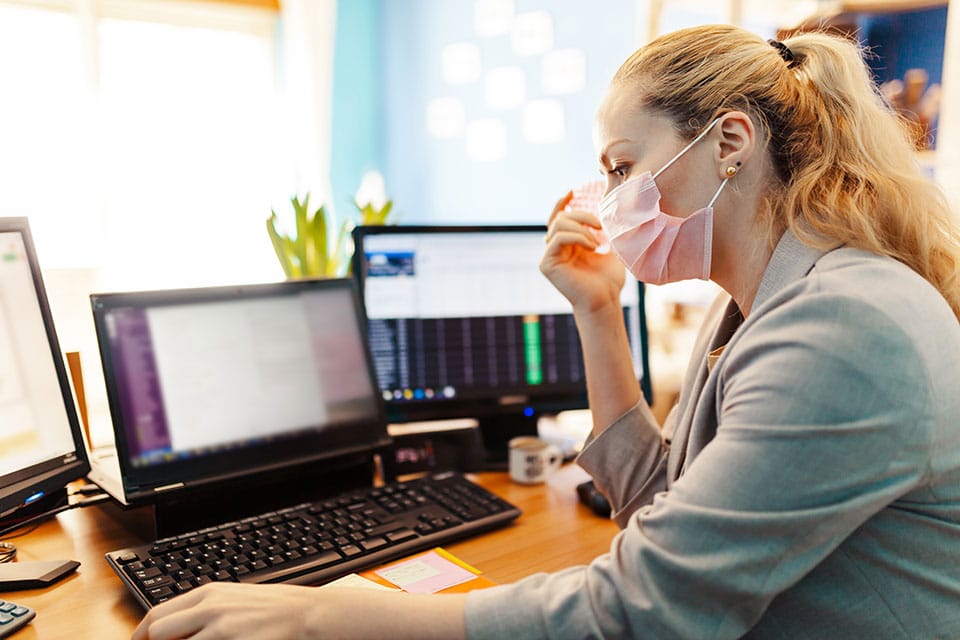 COVID-19 sent the working world in a spin. As revealed by Deloitte’s “2021 Global Human Capital Trends” report, before the pandemic, only 29% of human resources leaders were considering rearranging their companies’ relationships with workers. Now, with remote and hybrid work as part of the “new reality,” 61% of them are doing so.

So, what lies ahead for talent experts after going through so much in just over a year?

“The pandemic strained and tested the worker-employer relationship beyond anyone’s anticipation,” states the audit firm in the report.

Working from home or from anywhere has becomes a viable alternative, provided by technological resources that have changed the physical definition of the workspace.

Further, the pandemic has posed questions as to how workers are going to relate to their superiors and colleagues, how this will affect functions and tasks, and how their performance will be evaluated.

These changes have eventually underlined how physical proximity used to strengthen the supervisor’s authority, while labor relations during Covid have spawned a new relationship based on mutual trust, flexibility, negotiation, and new communication protocols.

According to Deloitte, these are the possible labor futures cutting through today’s employer-employee relationship.

The low talent supply created by the economic recovery has swung the power to workers, who are now on top when deciding for which company they want to work, based on the offering. In the U.S., job vacancies went from 9.19 million to 9.21 million from March to April, while 3.6 million workers voluntarily quit their jobs in May.

This phenomenon is prompting companies to throw in their all to increase headcount and lure the best talent, while those seeking pastures new are won over by salary raises, flexible hours, or the ability to work fully remotely.

By 2030, there will be a global talent deficit of 85.2 million workers according to a Korn Ferry Analysis, signifying $8.452 trillion in unrealized annual revenue.

In this context, says the Deloitte study, “Workers can base their choice of employer on what each is offering and how well those offerings meet their immediate desires.” In the meantime, employers will fiercely compete for workers’ attention and approval.

It is possibly 2021’s and 2022’s dominant future, “especially in light of the hotly debated issue of the return to the workplace.”

In this scenario, companies would need to “go beyond simple responsiveness to gain a competitive edge … Survival in this future entails being thoughtful, action-oriented, and selective.”

An oversupply of talent –the opposite scenario– would prompt companies to see employees as exchangeable or easily expendable. In this context, says Deloitte, “Workers are more concerned with competing with each other for jobs than with the quality of their relationship with their employer.”

On the employers’ side, companies will look at the job market from a mechanistic, supply-chain perspective, implementing a scientific approach to talent management, to increase productivity and efficiency.

In this scenario, says Deloitte, laws to protect and guarantee employees’ rights would be minimal.

“Regulations to limit employers’ ability to fire workers, set standards for minimum wages, keep jobs onshore, or require employers to provide a certain level of benefits will likely be spotty at best.”

Hence, the report states, companies could seek to get the most out of labor regulator’s lack of impact to reduce labor costs, as employers these days lobby governments to “limit worker protections,” especially for freelancers.

Further, “ghost workers” could more often be the target of deprived working conditions and lower incomes.

Clear Line Between Life and Work

The psychological impact of COVID-19 has made employees aware of how work and their own lives are two completely separate things.

The “full availability” abnormality of home office during lockdowns is the reason behind workers already looking for companies that offer a clear differentiation of the two realms.

But more critically, under this scenario –says Deloitte– work is not an enabler of fulfillment in itself, but a means to success elsewhere.

And given the low job demand, workers have the upper hand when choosing what company to work for, based on how much it can respect their personal space and private lives.

“Workers and employers view organizational responsibility and personal and social fulfillment as largely separate domains. The worker-employer relationship is professional: Each depends on the other to fulfill work-related needs, but both expect that workers will find meaning and purpose largely outside of work.”

At this stage, says the firm, the key is to make work engaging enough to encourage workers to do their best. And to show how much their work is appreciated, performance management is already shifting to an outcome-based approach, where metrics focus on employee contribution.

According to Deloitte, “More than 65% executives … agreed that they believed metrics would need to shift from capturing outcomes rather than outputs in the next five years.”

Another possible future after the pandemic is a communal approach between companies and their workers. In this scenario, purpose and profit have the same level of importance, and position themselves at the center of the employer-employee relationship.

Deloitte asserts, “An organization’s commitment to purpose becomes critical to its employment brand: It shapes everything from its ability to attract and retain workers to the extent to which workers experience meaning and fulfillment in their employment.”

This is more so among younger generations as, for instance, 44% of millennials and 49% of Gen Zs claim they have chosen the type of work they are willing to do, based on their personal ethics.

In fact, 86% of executives state that workers in the next five years will put impact and meaning as key drivers for choosing a job.

Share purpose will play such a big role that, even today, any company engaging with current social or environmental issues can increase highly-engaged workers from 40% to 60%, according to a recent Gartner survey.

“An organization’s stance on key issues such as race, climate change, and others will become key components of the employee value proposition.”

I am the founder and CEO of ValueWalk. What started as a hobby 10 years ago, has turned into a well-known financial media empire with millions of monthly visitors focusing in particular on simplifying the opaque world of the hedge fund world. Before doing ValueWalk full time, I worked as an equity analyst first at a micro-cap focused private equity firm, as well as an analyst at a small/mid-cap value-focused research shop. After that, I worked in business development for hedge funds. I live with my wife and four kids in Passaic New Jersey. Full Disclosure: I only invest in broad-based ETFs and mutual funds. I no longer purchase equities to avoid even the appearance of a conflict of interest. Jacob Wolinsky is an opinion columnist for the CEOWORLD magazine. Follow me on LinkedIn.
view all posts

Resiliency 2.0: Tell Me How Resilient You Are