Though “meme stock” is a new term, the phenomena of a group of investors spreading stories to move the price of a stock has been around for at least a hundred years now. It was called a “bull raid” when traders did it in the 1920s.

Moreover, memes have always been part of investing. The Oxford English dictionary defines a meme as “an element of a culture or system of behavior that may be considered to be passed from one individual to another by nongenetic means, especially imitation.” Anyone that has been around markets for more than a few months will recognize the power of “imitation” in markets.

So, is anything really different this time other than the existence of Reddit and the free trades of Robinhood? It’s not so much that “meme stocks” are a new phenomena but rather, it’s a question of degrees. In other words, how much meme is too much meme? More importantly, who will ultimately benefit (i.e., gain power) from a more meme-driven marketplace?

To answer that question, let’s take a look at how we got here.

Consider the following witches brew of ingredients that we have all experienced this past year:

Is it any wonder that this toxic mix has given rise to meme stocks and the kind of mayhem we are watching in the current markets? 2020 is the kind of year they write books about and dedicate entire chapters to in financial history books.

People isolated at home with a little extra cash now have a way to start investing. They see all the wealth that is being accumulated in the stock market, and they want in. At the same time, they are furious at the Wall Street elite as they’ve watched them become billionaires, while their own salaries have stagnated or, worse, they’ve lost their jobs.

Those people don’t turn to the establishment for advice or help learning how to invest. They go to each other in communities on social media. They fire each other up with anti-establishment fury.

They start buying crypto and other stocks recommended by their “friends,” and many start to see returns in the post-April-2020 bull market. It feels easy, and they think they are on to something – investing isn’t so hard after all.

The world outside their window is in trouble, but the stock market soars. Wall street is in a completely different world than Main Street. Isolation drags on. There’s more discontent, and more pot stirring in online communities. They see that together they can actually move the markets. It’s time to stick it to “the man.” The squeeze is on.

Why are they angry and frustrated? Because they feel disenfranchised – and they’re right. Young people spend a lot of time online. They are most invested in the online future and yet, online life today is not what it appears to be.

What most people don’t yet fully understand about our online lives is that the paths we take and the moves we make online are not necessarily self-directed. The internet gives the appearance of being “free and open” but it hasn’t really been that way since that fateful day when Google decided to monetize their incredible search engine capabilities with online advertising.

The specific date was October 23, 2000 – the launch of Google AdWords. I call it the day the internet died. That was the day that practically every single thing we do online became fodder for Google to subtly (and not so subtly) redirect our attention to the purposes of Google’s actual customers – their advertisers. That was the day that we users – we netizens – became the product instead of the customer.

Facebook chose this same path to monetize its “network effects.” If you haven’t seen The Social Dilemma on Netflix, it’s worth it just to hear the head of monetization for Facebook openly say that Facebook had Google envy and followed Google’s lead to make a profit through advertising. He also says that he doesn’t let his own kids have unrestricted internet access today.

“Sobering” is a word that comes to mind but hardly seems to do the situation justice.

Fast forward to today and consider Robinhood’s meteoric rise onto the broker-dealer scene. Robinhood has brought the user-as-product business model to the world of retail investing. Robinhood’s customers are not its users. It’s customers are the wholesale market makers like Citadel Securities.

In 1Q21 Robinhood earned $420 million on its users’ trades, but those fees were not paid by the users themselves. They were paid to Robinhood by market makers. And it represented over 75% of Robinhood’s revenues in 1Q21.

Take the GameStop frenzy of 1Q21. It’s easy to see that this was the perfect storm of profits for both Robinhood and its market maker partners. Robinhood won’t tell us whether or not its users made money on GameStop in 1Q21. I’m not surprised.

It’s in this context that we have to understand the meme-stock phenomena. Meme stocks may well have begun out of earnest and legitimate feelings of disenfranchisement and a desire to right past wrongs. Unfortunately, this revolution has to be called into question by the fact that it’s being handsomely monetized by the likes of Robinhood and their venture capital backers.

Like everything else, meme stocks, created in a user community, quickly became an instrument for platforms like Robinhood and the media to profit – all at the expense of the community of retail investors who popularized the concept. What started as an instrument of revolution is now bankrupting the revolutionaries.

Meme stocks are no better than slot machines. They play into the same addictive behaviors that keep people playing the slots – dopamine overload. Is this the future we want – more and more corporations using data to manipulate people into buying things that are not in their best interest?

How does this turn out for the little guy? The investors who are in the right place at the right time will invest, make a pile of money, sell, and become “shining examples” of how meme stocks are the little guy’s ticket to the big leagues. But almost everyone else will lose. Some will lose a lot – many already have. And very quickly, these investors will either run out of money and/or become disenchanted.

My hope is that those who run out of money and inevitably do become disenchanted don’t give up on investing in the stock market – that they are driven to start asking questions like, how did the Wall Street billionaires make all that money? The answer isn’t meme stocks.

It’s not a big secret. Anyone can learn how to invest like the pros and begin the process of building wealth. If enough retail investors start investing their own money in the markets and do so wisely, retail investors can absolutely reshape the markets.

I also hope that leaders take a step back and start questioning the path we are on with today’s user-as-product based online economy. There are consequential conversations going on all over the place on topics like big-tech antitrust legislation, online privacy, data portability, and decentralized finance.

It’s time for CEOs and all leaders – parents and teachers particularly – to spend some time digging deeper on these issues, having conversations, and taking stands. Our very future is at stake.

Dr. Richard M. Smith – Berkeley Mathematician and PhD in System Science – is a fintech entrepreneur, the CEO of The Foundation for the Study of Cycles, and the author of The Risk Rituals newsletter. Dr. Smith has built a reputation as "The Doctor of Uncertainty" amongst his academic peers and has helped government agencies and Fortune 500 companies alike make sense of complex sets of data. In his upcoming book The Risk Manifesto, Dr. Smith will aim to further educate investors on how to circumvent self-destructive instincts and adopt a systematic way to manage their fear of risk.

Dr. Richard Smith is an opinion columnist for the CEOWORLD magazine. You can follow him on LinkedIn. For more information, visit the author’s website.
view all posts 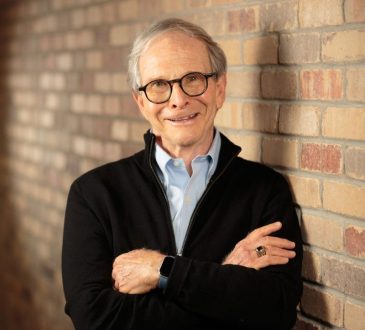