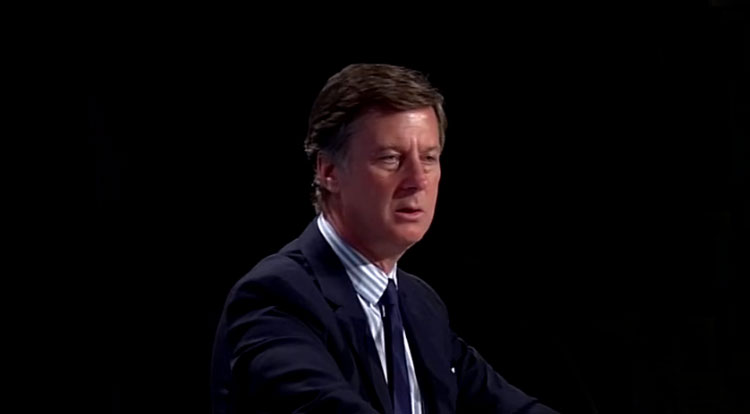 He admits that he has a leaf of ego meaning that he wants to leave his own footprint when someone else succeeds him. He really wants people to know that he managed to transform the company and bring it to the road to success.

What is the process for him when it comes to taking a decision?

“The process of making decisions always has been the same. Every decision I make it starts with my stomach, my instinct, my belly” Bazin says. Then he starts thinking with his heart of how generous, non generous or impactful this decision is on humans and the community. “Only third comes the brain and the head to give you the tempo in which such decision should be implemented. Anybody starting inversely I believe will fail” he adds, insisting that “some intelligent people start with their brain and forget their stomach. The above process works for me, so it can work for many other people. It’s a pretty good sequence and I will never change it”.

How can someone become a better leader, according to Sebastien Bazin?

He changed different jobs in his career. He really didn’t expect of becoming a CEO. He lived in many parts of the world according to the needs of the positions he held. “Every time I moved from a job to another or from a town to another place to live I did it because of meeting exceptional people with whom I wanted to collaborate. It is something that I could do again. If I meet in the future an exceptional person I would leave my current position and follow this person just to learn from that person. I don’t want to give advice because every person is different. For me it worked. However, if someone – in any position at a company – does not believe that his boss can teach him or he does not respect his boss he should not stay at this job. Life is too short for being under someone who do not have respect, admire or you are not learning from him” Bazin says.

He added that he likes people who take the risk to get out of their comfort zone. He usually hires people who once in their life decided to get out of their comfort zone, traveled to another town or country in order to work even if the money they earned was not that much. He insists that people who are between 25 and 40 years old should go and work for many different people, change many jobs and put themselves at risk because they won’t have the chance to do it when they will be 55 years old. “When you are 25 or 40 years old, the world is just yours” he emphasizes.

And what about when it comes to failure?

For Sebastien Bazin failure is something that can happen to everyone. The most important for him when it comes to failure is not to be alone. “The person must have someone to talk about it and get some advice. If you can share the pain you can see light” he adds.