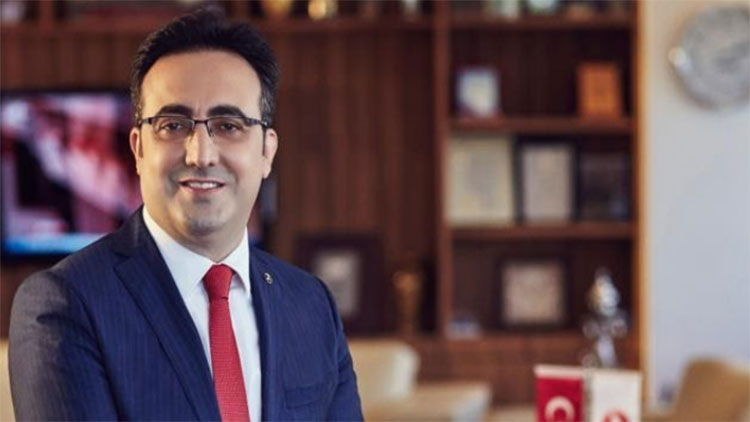 Mehmet İlker AYCI, Chairman of the Board and the Executive Committee at Turkish Airlines.

For more than a year, the global aviation industry has faced its greatest crisis to date and in 2020, it suffered the heaviest losses in history. Like other global carriers, Turkish Airlines and Turkish Cargo had to adapt quickly to face many challenges – from limitations imposed by countries on domestic and international flights, changes to onboard services and amenities in accordance with health and hygiene protocol to difficult decisions regarding employees.

Although the aviation industry took a hard hit in 2020, Turkish Airlines saw relatively better traffic and financial results, successfully ending fiscal year 2020 with 6.7 billion USD revenue, which accounts for 50% of last year’s level and 1.9 billion USD EBITDAR. Without receiving any direct government support, we performed comparatively very well with a net loss of $836 million in 2020, a figure significantly lower than many of our competitors. At the onset of the pandemic, we took agile steps to maintain liquidity, keep costs at a manageable level and adapt to the new normal, allowing Turkish Airlines and Turkish Cargo to achieve what most other airlines could not.

Among European network airlines, Turkish Airlines’ cost cutting activities, capex reduction, active capacity management and effective financial management allowed us to lose the least among European carriers in terms of load factor as well as financial loss and losses of revenue. In doing this, we did not rely on cash injection from governmental funds and managed the crisis with our own resources and operational efficiency. Agreements with Boeing and Airbus on fleet growth will decrease our aircraft financing needs by around $7 billion in 2021-23, a move that will assist financially in the post pandemic era.

For the 2020 calendar year, Turkish Airlines flew 28 million passengers, with an impressive load factor of 71%. The new Istanbul Airport also stayed on top of the European aviation league – even with 68% traffic lost, it outperformed competitors and was Europe’s most successful airport in December 2020. From April 15-21, 2021, iGA Istanbul Airport was ranked the busiest airport with 567 departing/arriving flights.

During these uncertain times, Turkish Airlines was also able to maintain its robust route network and provide vital connectivity. According to Eurocontrol, as of April 21, 2021, despite suspending flights to certain destinations, we operated an average of 632 flights per day to 179 destinations worldwide, almost double our closest competitor in Europe. Not only did Turkish Airlines close the year as the busiest network carrier in Europe in terms of flight numbers, we also did so as one of the top five airlines in the world. Currently, 179 international flights are active with 16 intercountry and 58 intercontinental destinations operated by our company only, among international flag carrier airlines.

Our success as the best performing flag-carrier airline in Europe is not coincidental at all. Apart from the multiple measures we took, we owe this to our dedicated staff. While other airlines faced layoffs, we did not part ways with any of our colleagues during the process, deciding not to go through with staff layoffs in order to maintain better services compared to other carriers, to allow for quicker recovery. Instead, staff accepted salary cuts up to 50% on a sliding scale based on the role and responsibilities.

We believe that Turkish Airlines’ most important assets and values are our colleagues and hospitality. We consider ourselves a large family of over 60,000 members. Our employees’ utmost performance and loyalty to the brand in these unprecedented times enabled us to be the most successful airline in terms of passenger satisfaction, load factor and financial results. This exceptional sense of unity and cohesion sets Turkish Airlines apart: together as a family, we decided we would fight against the crisis as one and no member of the Turkish Airlines family would be left behind during such a difficult time. As a family, we willingly agreed to reductions in salaries as part of a larger drive to cut costs until our business return to pre-pandemic levels.

In addition to our success in passenger figures, we also turned the pandemic into an opportunity to hasten the steady increase of our cargo operations. In the past year, we reconfigured several of our passenger aircraft and increased our cargo fleet capacity to deliver medical and humanitarian aid to destinations around the world, carrying Covid-19 vaccines to Brazil and overall, delivering 50,000 tons of medicine and medical supplies.

Turkish Cargo’s 25 dedicated cargo aircraft were supplemented by 50 passenger aircraft, selected from our fleet of over 360 aircraft for their capacity and efficiency, and reconfigured to assist with the demand for global cargo. This led to a significant rise in our capacity and during the harshest period of the pandemic, we managed to be ranked in the top five air cargo companies in the world, and as the 6th largest air cargo company, up two spots from 2019’s ranking.

We also earned the highest cargo revenue, which increased the most compared to our competitors. Market share in total global cargo revenue increased from 0.6% in 2009 to 4.7% in 2020. The World CTK-cargo ton km- of 2020 shrunk by 10.6% compared to the previous year. Turkish Cargo, on the other hand, grew by 0.7% compared to the previous year. As of February 2021, one in 20 cargo flights in operation around the world are handled by Turkish Cargo.

In total, Turkish Cargo carried more than 45 million doses of vaccines which equals 225 tons of vaccines, comprising six different kinds: Coronavac, SARS-COV2, Oxford Astra Zeneca Vaccine-Covidshield, Pfizer Biontech, Astra Zeneca, Sinopharm and Sputnik. These vaccines have been successfully transported to more than 25 destinations with the total of approximately 110 flights. The airline has an overnight capacity of 40 million doses and could deliver all to 127 different countries overnight. Unfortunately, our current capacity is even greater than vaccine producers’ supply stores, but they are ramping up and we expect that the production levels of existing approved vaccines, plus new vaccines, will continue to increase.

Turkish Cargo continues its success story with more effective solutions by developing and using new technologies and innovative approaches. One significant example is SmartIST, one of the largest and most modern air cargo facilities in the world, which will open this year. Located at iGA Istanbul Airport, the facility will use drones, robotic automation, and optimization technologies. With its smart technology developments and digitalization works, it is our hope that our brand will soar to many more achievements.

We are extremely proud of Turkish Airlines and Turkish Cargo’s accomplishments through the pandemic and we will continue to raise its bar for success every day by combining our wide network with the unique geographical advantage of Turkey to become the leader in both the aviation and cargo space. Today, we proudly fly our flag alongside the leaders of aviation with our unparalleled flight network, modern fleet, outstanding cargo performance and successful crisis management. 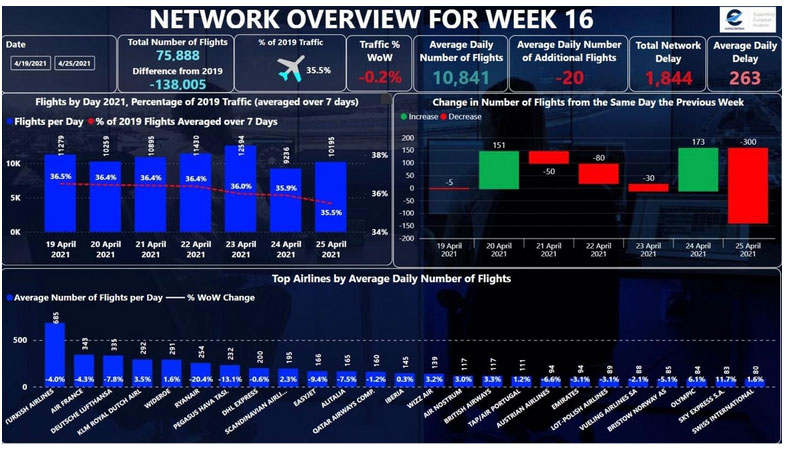 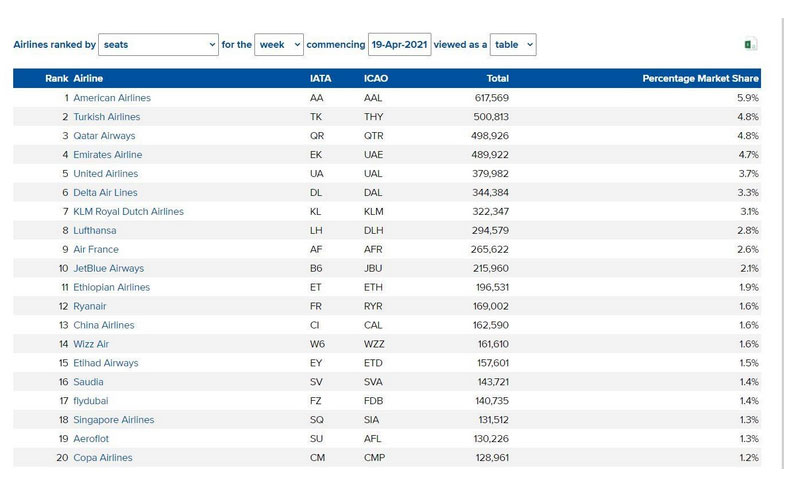 Written by Mehmet İlker AYCI, Chairman of the Board and the Executive Committee at Turkish Airlines.

Mehmet İlker AYCI, Chairman of the Board and the Executive Committee at Turkish Airlines (THY). Turk Hava Yollari Anonim Ortakligi (THY), also known as Turkish Airlines, provides passenger and cargo air transportation services. The Company serves all domestic destinations as well as the Middle East, North America, Europe, Asia, North Africa and South Africa. Mehmet Ilker Ayci, born in Istanbul in 1971, is 1994 alumni of Bilkent University’s Department of Political Science and Public Administration. After completing a research stay on political science at the Leeds University in the UK in 1995, Mr. Aycı completed International Relations Master’s program at the Marmara University in Istanbul in 1997.