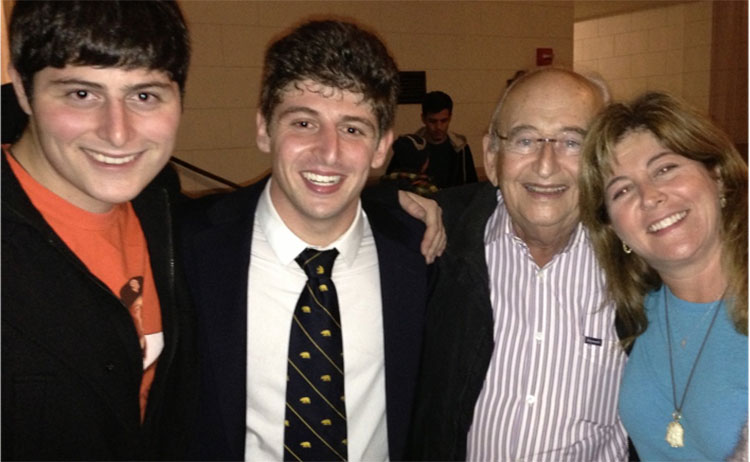 I find myself engaging in personal reflection more than ever lately. Thinking about the people I’ve encountered, the successes and failures I’ve had, and the fact that everyone I’ve ever met and everything I have ever done has brought me to this moment in time. While there is much that lay ahead (I hope), taking time to reflect on the people who truly made a difference in my life has been a worthwhile exercise. I want to talk about one person who is among the standouts.

In recent weeks, I’ve been reflecting on one of the finest men I’ve ever known, who died recently at the age of 90. Paul (Pablo) Epstein owned several companies throughout his life. With three degrees from MIT, God blessed him with an extraordinary intellect and the education to go with it.  If he had a LinkedIn profile, you might have learned that he was instrumental in delivering the first digital fax machine. Later, he developed the first non-invasive fetal heart rate monitor and invented a device called the Brattle Gate that was able to isolate images of the heart in systole and diastole, a tool that allowed cardiologists to save countless lives.

At another company Paul founded, he invented an infusion pump, which allowed multiple medications to be given through just one IV, pre-set on a small computer. This pump significantly reduced caregiver error and saved even more lives. It was during this time that he and I met. We didn’t meet because we traveled in the same circles by any means; we met because I was dating his daughter – much to his chagrin (at least in the early days), I suspect. The Catholic kid from Quincy, who had his degree from a non-elite institution, was seeing his Jewish daughter, who attended Wesleyan and Harvard Business School. Suffice it to say, the family introduced me to a completely new world. It’s been a gift I have grown to appreciate even more over time.

I knew Paul as the man who saw a problem to be solved, invented a product to solve it, started a company that made it commercially available, and then sold the company so he could repeat the process to address another need. I always believed he loved the invention process most of all.  Helping people was second nature to him. As much as I appreciate LinkedIn, it’s what you would never discover on his LinkedIn profile that made him special beyond measure. Here are just three areas out of many.

Paul Epstein had the most gifted mind I’ve ever come across. Even though he was ten times smarter than I will ever be, I was always amazed at the caring and thoughtful way he asked questions. After leaving the world of politics in my early 20s, I took a position writing speeches for the CEO of The Stop & Shop Companies, Inc. Whether I was working on a campaign or writing another corporate speech, Paul took a keen interest in what I was doing. Every once in a while, I would ask myself, why is he asking me so many questions?  What could he possibly be learning from a kid so early in his career?  It dawned on me later, of course, that among the reasons he was so brilliant was because he lived a lifetime recognizing that there is something to be learned from everyone.  He taught me the value of taking an interest in others, appreciating everyone’s unique gifts, and helping me grasp what true humility looks like.

Within a few days after the funeral, my ex-girlfriend from 35 years ago, who knew how much I respected her dad, sent me a photo montage and copies of the eulogies delivered by family members.  It’s the kind of generous act that reflects Paul’s great spirit. As you might imagine, 90% of how his family and friends remembered him spoke to who he was, not what he accomplished. I read touching stories about how much he loved his wife of 52-years, adored his daughters, relished being a grandparent, and enjoyed Red Sox baseball. By the way, how wonderful that after a lifetime of disappointing seasons, Paul lived long enough to see the Sox win four World Series titles. Again, the kind of stuff you won’t find in anyone’s LinkedIn profile, yet the most telling when it comes to a life well lived and what truly matters in this world.  He remains among my role models of integrity and generosity.

Paul Epstein didn’t ask questions just to ask them. He asked questions because he cared. He cared enough to spend time with me, whether we were sitting in his living room or playing tennis at the indoor courts at MIT. With caring comes joy. His life reminds me of the importance of caring for others and the unspeakable joy that comes with filling your heart with family and friends and its reciprocal power.  A few years ago, I enjoyed the privilege of visiting with him.  I had not seen him in decades, and we had time to sit and talk. Just the two of us. It gave me a chance to tell him what he meant to me and how he inspired me – even challenged me – to be the best version of myself I could be. In his humble way, he told me he had no idea. I suspect he knew better.  Remember, brilliant man.

At 61, I feel great. I believe my best days lay ahead, both personally and professionally. I hope to live them in a way that would make Paul Epstein proud, not in terms of anything I may accomplish, but for how I love the people in my life who matter most. Forget your LinkedIn profile for a moment. Pick the person in your life who showed you what matters and remember what they taught you in word and deed. Now take the time to pay it forward.