CEOWORLD magazine - Top Stories - C-Suite Lifestyle - Hard as It Can Be to See, Advancing in Uncertain Times, Requires a Certain Amount of Blindness 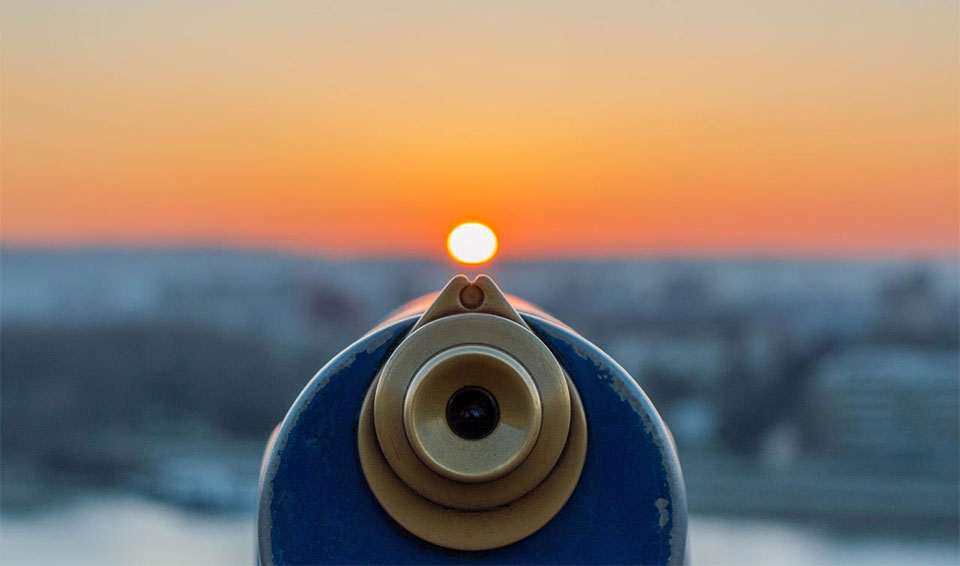 Planning, tactics, clear roles, and all other forms of order and discipline—to one degree or another, as leaders and as followers, in organizations small and large, frankly as humans we pine for these things. They promise predictability (even when they fail to deliver). But here’s the problem: The world today is increasingly complex and volatile; order in such an environment is hard to come by. If uncertainty and ambiguity are the coin of the realm of this new and ambiguous century, the question is what to do to turn such circumstances toward our favor. Consider turning a blind eye.

In popular use, the expression has come to mean to overlook, neglect, or disregard something unfavorable or unpleasant. But the actual origin of the expression points to something different and worthy of your consideration. Tradition links the phrase to British Admiral Horatio Nelson. Having lost sight in one eye early in his career, he is said to have used the seeming disability to his advantage in the chaos of a heated battle. Signaled by his commander from another ship to retreat, Nelson is said to have lifted his telescope to his visionless eye, as if to blot out the order being sent. Rather than brash insubordination, Nelson looked out at the landscape and saw something different than his commander did, an opportunity that required a different course of action. He chose to stay in the fight. He had different and better information and the ability to wield it in a way that gave him advantage over what his commander could estimate. Reflecting on it all, Nelson is said to have told his crew, “I have a right to be blind sometimes.” More than a right, he had a need. Indeed, we all do.

It is remarkably easy to get stuck in your own thinking. More, it’s a very dangerous thing in an environment that is changing rapidly and perpetually. More than once, Nelson embraced the idea that sometimes you must choose to go off script, no time more than when the conditions around you change and flaunt the assumptions that built the original plan. While unconventional, Nelson was a brilliant strategist. The truth is a true strategist doesn’t simply lay out a plan and then blindly follow it. They constantly take in the changing circumstances and adjust.

From the outside looking in, you could just as easily conclude that Nelson was brash, reckless, or lacked respect for authority. But none of those were actually true. Indeed, concluding that simply because he broke with the game plan in the heat of uncertainty risks missing 4 crucial lessons that Nelson’s turning a blind eye teaches us about how to successfully navigate in an increasingly wobbly world.

1: Blind Yourself Gradually. Nelson was adept and practiced at exploring what chaos theorist, serial entrepreneur, and MacArthur genius award winner Stu Kauffman calls the adjacent possible. It’s the observation that you can only find a new and better way of doing things if you’re willing to step outside the borders of what you know, although not as far outside and with far less risk than you’d think. According to Kauffman, just by being in the habit of stepping outside your borders and breaking with the plan a tiny bit here or there, you powerfully enable yourself to see new opportunities and in a new way. It’s akin to turning a blind eye to the things you know that would tell you just stay right where you are. Nelson, known equally as a disciplined commander and an unconventional tactician, seemed to sense this and cultivated a balanced approach that kept him not just in the game, but often ahead of it.

2: Balance Your Hedgehog with Your Fox. The willingness to step outside your known borders is a reflection that all of us possess not one but two ways of thinking, what I call the fox and the hedgehog. One is the key to open, creative thought, the other to focus and the ability to deliver value. We need both. The fox is that turning a blind eye to the known to see something new. It’s your creative, exploring, curious side. By contrast, our hedgehog mind seeks order and predictability. Inevitably, our fox and hedgehog rely on one another and need to work in balance, something Nelson clearly understood. His vital insight? Sometimes we have to momentarily turn a blind eye to that tenaciously by-the-rules thinking that dominates so much of our lives and actions, especially as leaders of organizations.

3: Have an Anchor. When it works to affect, choosing your fox is a conscious choice to explore the unknown and the possible. We both hunger for this and fear it. Going beyond what we know even a little feels less secure, as if we have no anchor. Nelson wasn’t a swashbuckling warmonger. He was a skilled strategist who understood not only his objective, but his role in the larger context of a navy and a fleet. He was as willing to retreat as he was to press on. Importantly, his decisions were always made in a larger context. Good leaders do the same. They see themselves in the larger context of the people they lead and lead with. They know, acknowledge, and relentless pursue a shared purpose in everything they do. If choosing to be blind to the plan yet clear-eyed to the changing circumstances now and then better achieves the purpose, they are willing to go there—not recklessly, and not alone, but with the risk calculated and with each other.

4: Turn Disadvantage to Advantage. Perhaps most importantly, Nelson turned what many would have regarded as a limitation into an advantage. The loss of sight in one eye, actually enabled him to see in bigger and better ways. Had he concluded that his injury was a limit, we might never have been gifted a simple expression that reminds us to look beyond our own limits. We’d make a similar, more dangerous mistake to forget his lesson.

Written by Larry Robertson. Have you read?
GAMES: The Quest for Zero Percent Management by Benny Ausmus.
The Builder, the Maintainer, and the Destroyer: What to Learn and Not Learn from These Management Types by Tim Kintz.

CEOWORLD magazine - Top Stories - C-Suite Lifestyle - Hard as It Can Be to See, Advancing in Uncertain Times, Requires a Certain Amount of Blindness