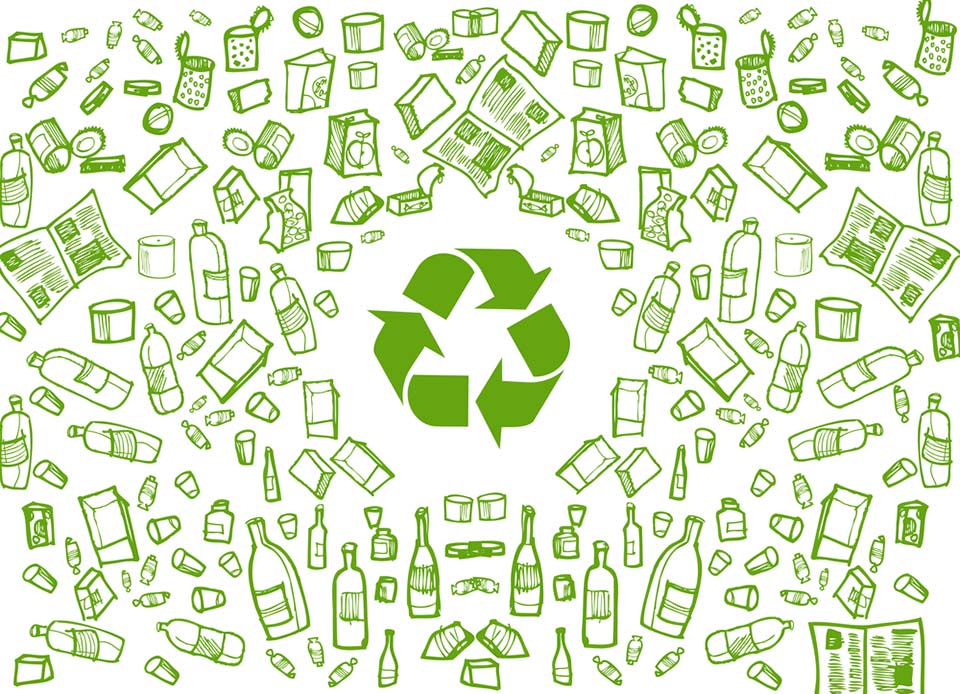 Recycling seems to be a new trend but this is pretty much how it always used to be. Ecological awareness and the need to protect and prevent the degradation of ecosystems from the growth of garbage, has evolved over the centuries. Each country, depending on its own pace of technological and cultural development, has taken steps in this direction, until today in most countries of the world, relevant laws and regulations are enacted. From China to Europe and then at the other end of the world back in America recycling has been implemented as a cool technique to take advantage of every little part of the sources on our planet.

Believe it or not, in ancient times there were fully grown systems to help communities decrease environmental pollution. The oldest recycling methods are found almost 4000 years ago when a system for processing and reusing copper ingots were introduced in Europe, while evidence shows that there was already composting in China. Shortly before the turn of the century, crayfish collectors also appeared. Usually, the materials processed and reused were leather, feathers, fluffy items, and fabrics. Recycling also included the use of agricultural residues as pet food, and as fertilizer. Piglets were considered a good source of waste disposal. The wood was used in shipbuilding, while materials such as gold were melted and reshaped many times. Later, material recovery methods were applied to metal scraps, paper, and non-ferrous metal objects.

In the pre-industrial years, waste consisted mainly of ash, wood, bones, carcasses, and agricultural waste. They left them in the ground, where they acted as fertilizer, thus improving the crops. The landfills discovered in antiquity, discovered during the excavations, included ashes, broken tools, and ceramic objects. It is perhaps worth noting that the earliest evidence of systematic disposal of waste comes from Knossos, in 3000 BC. where the waste was buried in large puddles in the ground and covered with several layers of soil. About 2500 years ago, there was a landfill in Athens. According to the law, this area had to be at least one mile from the city walls. Anything that could be repaired was repaired and reused. The population was smaller and people lived in smaller communities. However, the transition from the nomadic, hunting season to the rural one has led to the emergence of the waste problem. In fact, in the 5th century BC. in Athens, it was decided that the waste will be disposed of in the municipal landfill, which will be at least 1.5 km away from the city walls. Since ancient times, there has been little concern about the issue of rubbish.

In medieval cities, garbage collection problems led to the spread of epidemics that killed millions. But in those years, perhaps, lies the beginning of the profession of the paper recycler. The crayfish collectors supplied the paper industry with the necessary raw materials. By 1297 AD, rubbish had begun to pile up dangerously in British cities. The citizens were unaware of the law according to which they had to keep the place in front of their house clean from garbage. When at some point they collected them and burned them in their yards. In 1407 a law was passed in Britain under which citizens were required to keep rubbish in the house until it was picked up by workers (“rakers”) who sold it as compost or buried it in Essex swamps. This was the first attempt at waste management and control in Britain. It was not very successful, but it was a start.

At the beginning of the 16th century, in Spanish copper mines, iron filings were used for welding; a recycling practice that is still in use today. At the end of the century, Queen Elizabeth I granted benefits to those who contributed to recycling old fabrics for making paper. Three centuries later, the British Paper Company was founded to create paper and cardboard from recycled materials. Waste paper is obtained from organizations such as the charitable organization Salvation Army or by crayfish collectors.

If you wonder what happened at the same time in America? In 1895 the first waste disposal program was implemented in New York, while more than a hundred years later the British Waste Paper Association was founded to promote industry paper recycling. The rest of the story is more or less known to us by now. Mankind has raised awareness regarding all ecological matters after the continuous update from the scientific community and the future depends on us.

Rebecca HoughtonC-Suite LifestyleApril 13, 2021
We know that the challenge of leadership has shifted in the last few years to a greater state of uncertainty,...