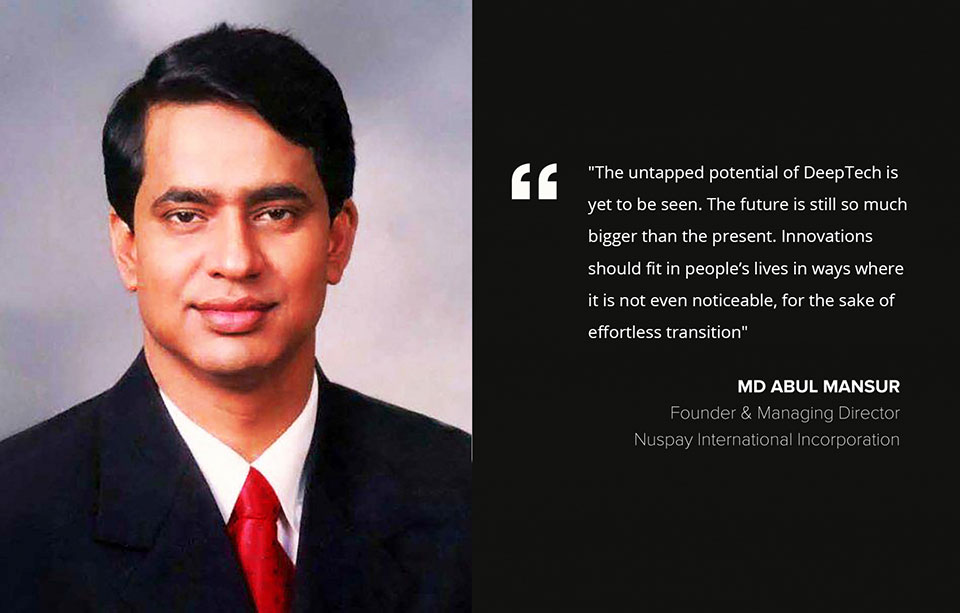 It is often difficult to decide on investing one’s time and effort in the right things. Abul Mansur has dedicated his life in finding the solutions to the complex problems that today’s neoteric societies are facing and has cracked the impossible with his intricate innovations.

Let’s start with his humble beginnings. He was born in Bangladesh in 1975. He saved up from an early age as his ambitions reigned beyond the borders of Bangladesh. So, after finishing his basic studies he left the country for higher education in 1995. He enrolled in Rochester Community College, USA in the computer science & engineering department. With his astounding brilliance, he acquired the scholarship for the MIS department in the Winona State University. He was the first ever Banfgladeshi Citizen to secure a career in the Silicon Valley. Even more surprising is the fact that he secured his career at Integral Development Corporation even before graduating from the University. With his diverse interest in things, he even served as an Aviation Trainee Pilot at Winona Muni-Max Conrad Fld-ONA in the Cessna Skyhawk 172 airplane in 1997-1998.

He reprised versatile roles in the sectors like Group CTO & CEO, Bangladesh Central Procurement Technical Unit and so on. All of these versatile experiences had led him to innovate the Nuspay Framework which has proved to be successful in various instances. He was the key developer of the Virtual Account Payment Technology in the Nuspay Platform – the world’s first virtual account payment solution based on the customer’s real bank account. He has successfully implemented Virtual Account Payment Systems with NFC cards with Bank Asia and Nepal Bank Ltd. He also patented Nuspay to be the first one in the world to tokenize payments of the Clients bank account with a Virtual account for every transaction. He believed that a Digital payment solution should be tailored to address the current demand and need of the particular region and context. As a result, he devised and developed a versatile and secure Digital Payment Service Providing Platform to minimize fraud and eliminate error in the payment industry. He held onto Nuspay when no one believed in it and now it has a multifaceted ecosystem which encompasses a number of features. It has a Global Asset Exchanging framework (PropTech), Multi Signature Wallet, integrated MFI ecosystem, X-Border (a cross border payment gateway), Smart Cards and so much more to revolutionize digital payment system. All of these ensure the protection of customers’ primary details through the unique and randomly generated token numbers. “It is not easy to give up on one’s dream but the bumpy roads are often strenuous. Nuspay was my dream project and I never gave up on it. I wanted to enrich the lives of the people through my innovations and I don’t want to sound like I am boasting but I believe I have reached a certain stage where it seems like my resources are helping the people.” says Abul Mansur. Nuspay has collaborated with various organizations to digitize payments. The marginalized are not out of quandary. He wanted to help the poor through Nuspay. So, a collaboration took place between Nuspay and Uddipan to help the marginalized people of Bangladesh. The MFI framework was put in place to help the poor farmers and working women to sort out their finances and pay their debt efficiently. The framework with the help of AI could predict the sustainability of certain business decisions and thus helped solve the problem of over 50000 people and their debt. Holding his hand Nuspay is now working in several countries, enriching the lives of the people and the operating nation’s economic growth. Through his efforts Nuspay wishes to continue in improving the secure and flexible transactions and enhance the solutions through innovation and integration of the latest technologies like big data analysis & artificial Intelligence.

Throughout his 20+ years of career, he worked with innumerable national, multinational and government agencies throughout the world. Now let us take a peek at his earlier innovations. He was the Co-Founder/CEO of Digital Payment System (DPS) and group CTO, a Fintech start-up based in Jakarta and a corporate based in Jakarta, Indonesia. DPS is a CMA Status Company that has the certified payment application to roll-out to Bank Negara Indonesia (BNI). He worked as a payment system professional with more than 20 years of programming, Research and development sectors, mostly in the financial sectors. He then spent a significant amount of time in the IDA funded projects at the national and international levels being engaged in securing the payment transactions and digital currencies. Later on, moved to Indonesia under Residence Permit but stayed mostly in Bangladesh to support his research on the innovative REIT platform. To support his research works and submit the patent under PCT, He founded his latest and greatest innovation Nuspay International in the United States of America in 2013 as the Research and Development firm. To pilot the product, he set-up the company under the name of Nuspay Worldwide in Singapore. He also Co-Founded the Blockchain Innovations based in Budapest, Hungary – a Blockchain based application provider for registration, digitization, validation, asset transfer, exchange and maintaining records in public ledger using Nuspay’s framework. There he led a group of engineers to study various processes, identify problems, find alternative solutions and develop prototypes as the alternative solution. He directed the Research and Development (R&D) program, from new product proposals to commercialization. He also drove the accountability, consistency, quality and process of standardization across all phases of research and development.

It seems like there is no bound to his multitasking capabilities. He is relentlessly trying to push the boundaries of Deeptech. “Artificial intelligence is still perceived as a bad entity which is generally inspired from science fiction movies. These sorts of shallow perspectives are hindering the resources and funding required for implementing Artificial Intelligence as an essential part of our lives” adds Abul Mansur. He is still hellbound to tap into the true potential of Artificial Intelligence. Seems like the R&D on artificial intelligence has only scratched the surface. Abul Mansur’s primary focus is on DeepTech which signifies Artificial Intelligence to a great deal. After helping out the marginalized, he seeks to integrate artificial intelligence in day-to-day transactions, like the transference of Assets. The biggest future project that he is already invested in might be one of the biggest changes the world will ever see and it revolves around the State-Led Digital Currency, but that is a story for another day. 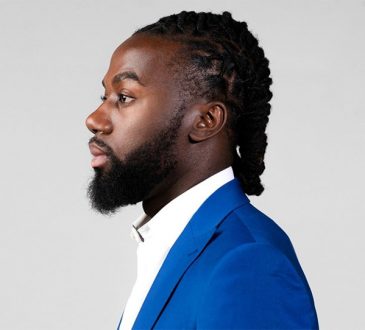 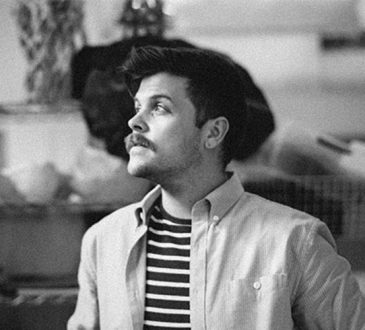 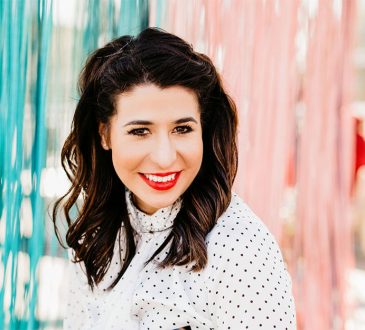 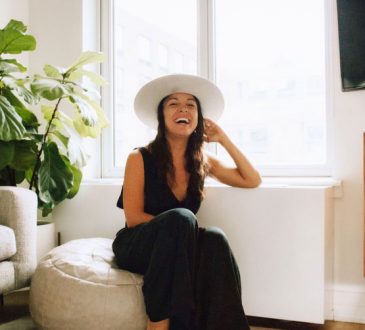 CEO Spotlight: CEO Miki Agrawal Wants to Talk About It All

Sophie IrelandCEO Spotlight
If there is one thing that drives human beings, it is solving problems that are placed in front of them.... 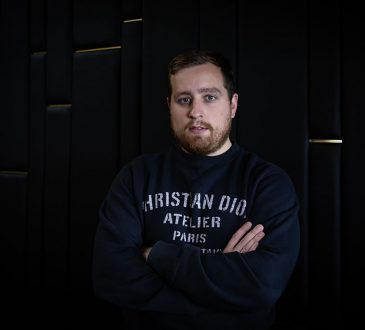 Anna PapadopoulosCEO Spotlight
Automation and Artificial Intelligence (AI) capability is developing at an extraordinary pace in areas from Toasters to City Management, however,...