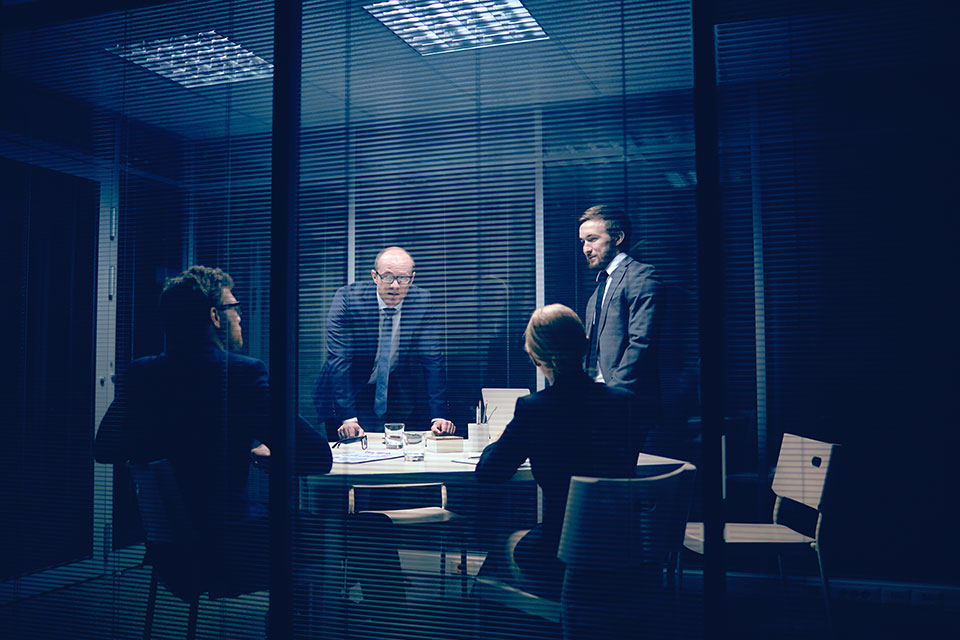 Most CEOs recognize the need for their firms to be customer-focused. A focus on customers is a business truism. The evidence for those that do it well is unambiguous. They are more successful on almost every measure that counts in business, from profitability to growth to employee engagement (Kirca et al. 2005).

“Market-driven firms are, on average, 31% more profitable than self-centered firms.” Source: Research conducted by Professor George Day (1994 and 1999), Wharton University. However, there is a nuance that is missed, an advantage that only the genuinely customer-obsessed businesses gain — demanding customers can make you better. To be clear, this does not include abusive or deceitful customers. Rather, demanding customers have very high expectations, a high bar, a real desire to have their needs fulfilled.

However, I don’t think this term goes far enough in describing what they do for the organization. They are the catalysts for transformation and provide a focal point for the change required. Hence the need for the term “transformational customers.”

How can CEOs identify whether they are dealing with a transformational customer or one that will pull the organization apart?

If you can answer yes to these two questions, those are key ingredients to help guide the client relationship and investments.

Here are two companies that use customer feedback to make themselves better: Qualtrics and Eventbrite. Qualtrics recently listed on the Nasdaq and quickly rose to a $23 billion valuation just a couple of years after being purchased by SAP for $8 billion. The business’s origin story, like many in Silicon Valley, is one of humble beginnings. Ryan Smith and his brother started the company in his Marketing Professor father’s basement in 2001.

The early days of the business, like any start-up, were challenging as they tried to build an easier way for academics to conduct their research. Academics were used to developing strict protocols and processes for conducting methodical survey-based research. However, it was painstaking, slow and expensive to send out paper-based surveys. Qualtrics answered this need with new online software that would allow academics to transition from paper to digital. Qualtrics has since developed into a massive software as a service business serving corporate customers and disrupting the market research industry.

Many business success stories don’t reveal the crucial factors that shaped a company early on. Often it is a result of seemingly minor incidents that sent these businesses on such incredible trajectories.

The early academic customers of Qualtrics were difficult. They demanded excellence from Qualtrics. The software is not fast enough; it does not do this; it can’t do that; we need more from it! The Qualtrics team took this feedback seriously and used it to motivate themselves to do better. For example, academics that conduct survey research wanted to channel certain respondents down different paths depending on how they answered a question. Something easy to do on traditional paper surveys. However, this request put the small Qualtrics software coding team under pressure to create a solution that their customer’s thought should be an easy solution. After months of battling away with several misfires, the team finally identified a solution, which catapulted them ahead of their competition.

Eventbrite, a web-based live event ticketing platform, was cofounded by Julia Hartz in 2006, focusing on small customers who wanted to organize events. They found an early adopter group of customers, tech bloggers, that also happened to be extremely demanding as professional tech critics. These early customers did not hold back. They provided punishing feedback which Hartz was able to use and turn into a constructive concept. The result was a self-service event platform that quickly began to appeal to other event planners. The next group to start using their platform were speed-dating organizers. At that point, Hartz and the team realized they had something that could expand to all different categories of events.

While demanding customers can be great for business, there are limitations. Beware of outliers. If a demanding customer is taking you down a dead-end with requests that are too specific or unique to their situation, this will result in one-off efforts that will be a distraction. Evaluate these demands early and politely decline customers that will potentially derail you.

If, however, you are lucky enough to identify a transformational customer, embrace their feedback and use it to transform and accelerate your business towards a better future.

Chris L. Brown is a keynote speaker, author, and CEO of MarketCulture Strategies, Inc., a firm specializing in working with companies to create customer-obsessed cultures. He is the co-author of the award-winning book, The Customer Culture Imperative: A Leader's Guide to Driving Superior Performance (McGraw-Hill Education). His previous post as Marketing Director for Hewlett-Packard provided him with firsthand experience of the challenges facing leaders trying to create a more robust external focus. Chris has consulted with more than 50 of the Fortune 500 companies and 100s of SMEs around the world. He also served for four years as EVP for the American Marketing Association in Silicon Valley. He is currently pursuing a Doctor of Business Administration at Pepperdine University in Malibu, California.

Chris L. Brown is an opinion columnist for the CEOWORLD magazine. You can follow him on LinkedIn.
view all posts