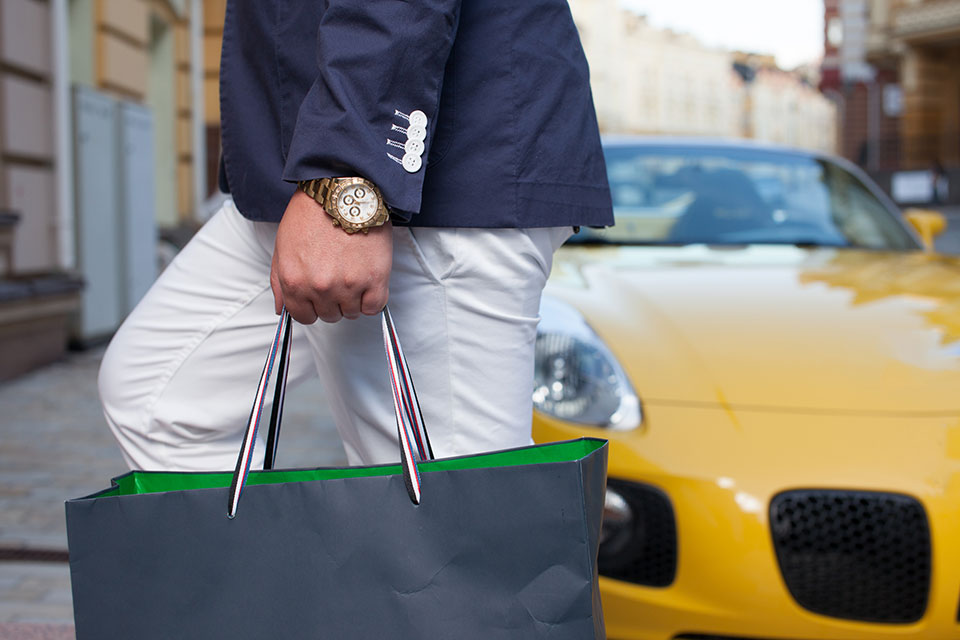 Compared to, say, Chinese and Russian elites, America’s upper crust has some enviable advantages. Not only are their business concerns primarily concentrated in what remains the world’s largest individual market and one of the safest regulatory regimes, but they also has access to the most liquid and well-developed equity and corporate bond markets in the world.

Even though the number of affluent Americans has shrunk by more than 12 percent since the coronavirus outbreak, there are still more than 100 million Americans who spend at least $110 a day.

Americans make up more than half of the 200 million rich people in the world. This group spent approximately $7.2 trillion in 2020 and $9.6 trillion in 2030, representing by far the world’s largest spending segment. The economies of the biggest U.S. states match those of the biggest countries in the world. The rich population of California, Texas, New York, Florida, and Pennsylvania (36.8 million) outnumber that of Japan, the United Kingdom, Germany, China, India, and Canada combined.

Furthermore, while exchange rates and foreign-currency-denominated loans may keep the second up awake at night, America’s plutocrats work in what is the world’s reserve currency, in effect receiving a loan from most of the world, from the African farmer to the Russian grandmother. In other words, America’s best off may not be able to get privileged state loans, but access to a repo market whose interest rate almost matches the Treasury bill yield is close enough and comes without murky strings attached.

That has tended to keep America’s best-off in a league of their own, and in whose company most elites around the world would wish to be. Chinese and Russian elites may brandish nationalist credentials at home, but most send their kids to receive education in America, partially in the hope that they will join American elites. That speaks for itself as to the American’s standing in the world, even in the world of the super-wealthy.

However, most expect the United States to lose the position as the world’s largest economy by 2030 in USD PPP terms, with most global growth occurring in countries such as China, India, Indonesia, or Brazil. This will lead to GVCs re-polarising to supply these rapidly emerging markets and that shows: in a recent survey from the American Chamber of Commerce in Shanghai among U.S. companies operating in China, only 4% plan to shift production back to the United States in response to trade sanctions. Indeed, PwC expects the United States to slip to third place in global economic rankings by 2050, behind China and India, and with its economy being only three times larger than Indonesia.

Not all of it can be attributed to ‘the rise of the rest’ and relative decline. For better or worse, the United States has added 11 trillion to its economy since 2001, when China joined the WTO. China did indeed grow faster during this period, adding 13 trillion to its economy, but the difference doesn’t fully account for why American infrastructure is making headlines for crumbling or while China has built gleaming skyscrapers alongside cross-country bullet trains in the interim.

The good news is that the US has an impressive tradition in managing growth and productivity, it is or at least used to be the world’s most prosperous economy. It’s been that way for a long time – over a hundred years. But before the US placed its trust in the free market, it trusted the government to make important business decisions. Or to put it another way, only after the government failed repeatedly to promote economic growth, and only after private enterprise succeeded where the government failed, did the United States start to develop a world-beating economy.

Many US state-owned enterprises failed because they didn’t feel a need to improve, adapt to new situations, or provide safe and quality service. But the novel debt tools include support for new technologies for companies that are really up for innovation and for increasing their revenues from these innovations.

In the past year, the press pointed out in various instances how tech billionaires are profiting from the pandemic, this shouldn’t necessarily be something that they should be ashamed of, because being able to adapt is actually a positive trait. And this can change the linear story of the American decline that has been heard so many times in the past few years.

If we are indeed switching towards a world where China is the economic leader (again, this remains to be validated empirically), then the US tech billionaires are still compensating for the US on this subject. China was one of the only countries to report growth during Covid19, but if we take the US entrepreneurs and rich families into comparison – their “country” was actually much more profitable during the pandemic. It’s not a surprise that a large share of the US benefits from the recent stimulus has gone to very large firms and to very wealthy individuals. These large companies and wealthy individuals represent the US economy, and their growth ensures the faster recovery of the US.

US (tech) companies, through their innovation and power to adapt to the ever-changing conditions in the market, are capable of keeping the US ahead of China in a few key fields that if we were to classify have higher importance on the long-term development of the economy. There are big investments in innovation in China too, but there is still a gap between the two countries and that is thanks to the US tech giants that quickly adapted their strategy to Covid19 and are now preparing for further growth and expansion by using their scrupulosity build networks created in the past years around the world.

The US richest have the advantage of being prepared with know-how on the business development side that no other entrepreneurs have. The best consultancy companies have been working closely for them for years now and the US embassies around the world are helping them gain more influence and business partners.

This collaboration between the US government and the richest needs to be expanded, even more, to create more opportunities for growth globally by leveraging the power of smart free markets. Though the free market can only take us where we need to go if externalities such as carbon pollution are properly priced, if there is genuine freedom of opportunity, and if the rules of the game are such that competition is free and fair. Markets do not police themselves; they must be balanced by transparent, capable, democratically accountable governments. That is why collaboration between the government and its most productive firms does not mean that the super-rich should not pay their fair share of taxes or that the government should be captured by corporate interest. Innovation and responsible governance are not necessarily incompatible.

In a way, this pandemic is stimulating the richest business people and countries around the world to reimagine a few aspects of the capitalist system. We need to find a way to balance the energy of the free market with the power of a competent, responsive, and inclusive government. Together, they can help us build a more just and sustainable world.

The Dead Sea And The Red Sea, So Close And Yet So Different

Anna SiampaniBusiness Travel
Are you a fan of water and strange environments? Today I will present two of the most magnificent seas in...