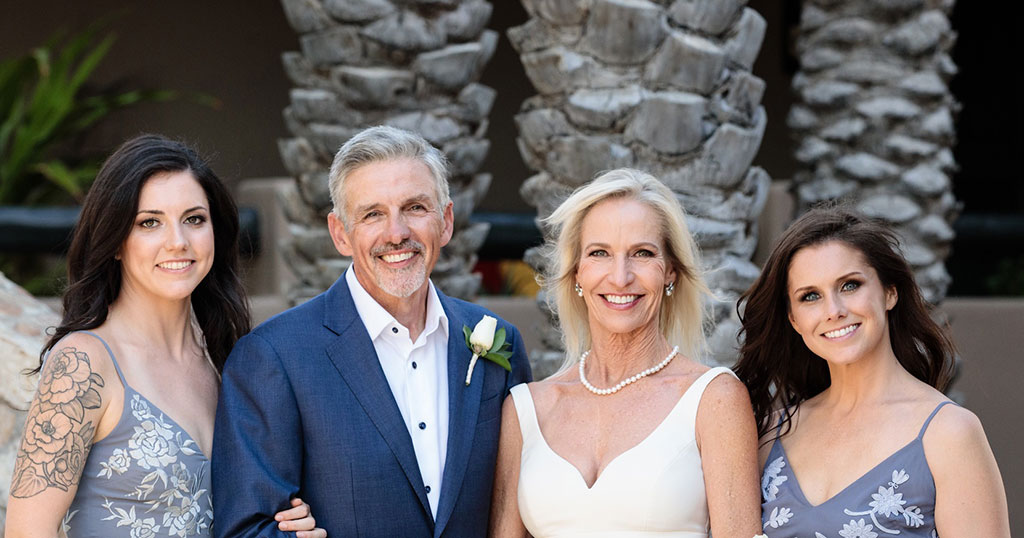 To make a long (painful) story short, I typically ran the mile in junior high school. At the last meet of the year in 1975, however, I was asked to fill in as the third leg on our undefeated one-mile relay team.  No problem, I thought.  I ran the third leg, starting slightly back in second place. By the time I was ready to pass the baton, I had taken the lead. Our anchor leg was the fastest kid in the city. No way we could lose. As I was passing the baton, I felt a brief moment of excitement, until the baton hit the ground. So much for our undefeated season.

After the race, I was devastated. The coach stated in no uncertain terms that it was my fault. The rule is that you don’t let go of the baton until you’re sure the receiver has grasped it.

I wish it had never happened, but it’s hard to get a better lesson on communication.  Like it or not, the responsibility lies with the person delivering the message, not those receiving it.  As leaders/communicators, we should never let go of the baton until we know that our audiences have received the message as intended. It’s only at that point that we can relax and let them run with it.

Here’s an example of how a small change in mindset can deliver significant results, whether you’re running a race or embarking on a strategic initiative at your company.

I was in my late 30s when I ran my first marathon. At the end of that race, I swore I’d never do it again, only to run twelve more over the next five years. Sometimes, on long run days or even during a few races, if I were not feeling 100% physically or mentally beaten down by the distance, I would stop and walk for a while, run until I couldn’t run anymore, and walk again. I’d repeat the process until I reached the end of my training run or, in the case of a race, the finish line. This is how most people who are determined to finish make it when they’re they’re just having one of those days. While I may have finished using this method, the experience was not only debilitating during the run; it didn’t help my confidence or do much to build my mental toughness for the next time.

A fellow runner told me that this can happen to anyone but that I was thinking about it all wrong. He said that if you stop and walk, that’s fine, but when you start running again, don’t run until you can’t go another step. When you do that, you’re engaging in a mental exercise of repeated failure. Instead, when you feel good enough to start running, look ahead of you and spot a tree or a stop sign. Set that as your goal. Run to it and declare victory. Start walking again, and when you’re ready, identify another marker. Run to that and call it a win. He advised that declaring victory would help me finish more quickly and with a healthier attitude rather than succumbing to repeated defeats. It put me in control of the run instead of allowing the run to control me.

More than 15 years ago, my two teenaged daughters asked me about climbing a peak in Crested Butte, Colorado. They imagined themselves standing on the top of a mountain with the kind of 360-degree view that you can’t get just anywhere. Of course, standing on the peak is one thing; getting there is quite another.  I talked to them about what it would take to prepare for the climb, and a few weeks later, I took them to Mount Baldy. At 12,805 feet, it was a challenging but reasonable climb for first-timers.

We left the house by 6:00 am to begin what would be a roughly three-hour ascent. As we started the climb, the girls were very enthusiastic. Now, if you’ve ever climbed a mountain, you know that in addition to the physical challenge, there’s a psychological one. Because of the tendency to fix your eyes on the peak, it’s easy to climb for 20 or 30 minutes and feel as if you’re making no progress. Focusing on a goal that continues to look unattainable can be very discouraging despite pretty intense physical effort. So after about 90 minutes, I started hearing comments like, “the view looks pretty good from here” and “should we be concerned about those clouds coming in?” You could see the exhaustion on their faces. I suggested, “Let’s give it another 20 minutes and see how you feel.” (In fairness, the climb was not an easy one). Twenty minutes later, the summit looked no closer, and the climb was getting steeper.  They were ready to turn back.

I then suggested that, rather than stare at the summit, they take note of where we were, climb for 15 more minutes, and reassess. If they wanted to quit then, they could. They reluctantly agreed. After 15 minutes, the summit didn’t look any closer, but when I asked them to locate the bush we used to mark our start position, they couldn’t believe how far away it was. They were astonished at their progress. So much so that they not only felt a surge in their mental and physical energy, they also (best of all) stopped complaining. Once my daughters reached the summit, they realized that there’s nothing quite like the view from the top. Their feeling of personal accomplishment was even higher than the peak itself.

It’s been a tough year for everyone.  I share these stories because communicating with clarity is challenging anytime, let alone during a pandemic.  Yet if there has ever been a time when it is more important to identify all the victories we can find, and celebrate them enthusiastically, it’s now.