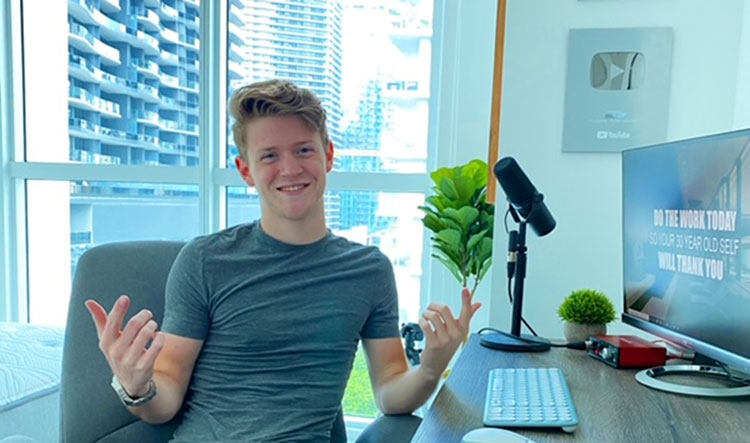 Entrepreneurs today know that the best way to wean oneself off the grind is to establish passive income avenues. The Corporate Finance Institute helpfully defines passive income as money earned in any situation that may not require significant action. Passive income itself is excellent when it’s set up, but the process of establishing the source of funds is usually slow with few guarantees. However, once a plan is in place, it becomes a lot easier to accomplish one’s goals. The goal requires a vehicle to get there, and the vehicle is usually a business idea.

Homeschooling to Entrepreneur in One Easy Step

Young entrepreneurs are always trying to innovate, and Caleb Boxx is no different. Caleb started on his entrepreneurship path as a child, setting up a Minecraft server to sell products in digital form to players. Eventually, as he grew up, he learned the basics of the internet and computers. Homeschooling allowed him the freedom to explore the things he found most interesting, but he might never have decided to take the plunge into full-time entrepreneurship if he hadn’t found YouTube. Caleb, fascinated by the platform’s potential, quit his part-time job and set off on this dream to be a YouTube entrepreneur with nothing more than $200 in his bank account and a passionate drive to learn. Today, he owns and manages several YouTube channels, with a combined view count of over 400 million on his videos and over 3 million subscribers across all of his channels. What is the secret to his success? It’s a system that he pioneered and perfected through hard work.

Caleb calls his system YouTube Automation. It was designed as a series of rules to help him develop channels and attract users. The information and experiences he used to create the system come from some of the biggest names on YouTube today. He leveraged their teachings and spent hours, sometimes working from sunrise until deep into the night, learning the most effective way to build a YouTube business. He realized that one of the bottlenecks that many YouTubers face is the effort needed to create a channel and keep it running. With the gig economy such a prominent innovation, Caleb decided to search for freelancers to help him. From those he hired, he built a team that allowed him to crank out high-quality content for each of his channels and post on a prolific schedule. His YouTube Automation system is open to anyone who wants to try their hand at the opening and running of a profitable YouTube business that scales easily.

Passive income from YouTube isn’t a guaranteed thing. As long as content trends change, so does the need for what one is putting out. The more channels one has, the more they can multiply those earnings. However, there must be an endgame. While YouTube is dynamic, entrepreneurs must have some exit strategy to establish businesses that keep generating passive income. For Caleb, he sees himself owning and running several properties and making his passive income from rentals and sales. His advice to newcomers is to keep an exit strategy in mind, since it will become important later on in their careers.