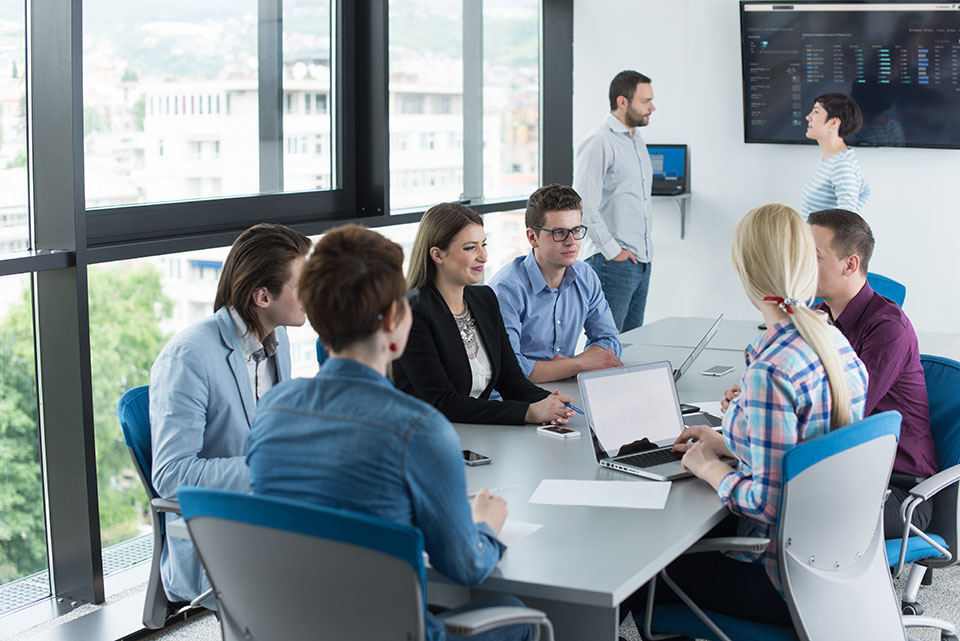 In a 2017 survey, a third of all millennials said that “the CEO role will no longer be relevant in its current format.”

They were probably right: as millennials move into leadership roles long held by the baby boomer generation, we are determined to reshape those roles. Our generation wants to abandon the “Hero CEO” – my childhood image of leaders guiding troops to battle, making decisions and dispensing inspiration from on high – in favor of a brand of leader who’s more interested in work/life balance, a culture of care, and the empowerment of others.

But in my six years as a CEO (I’m 33) I’ve learned that you can’t just will the evolution of a more compassionate CEO into existence: before you can change the job, you’ve got to first let the job change you. If you do, if we all allow ourselves to change, collectively we can redefine the role of CEO.

This maxim has proven to be especially true in 2020, a year that threw historic obstacles in business leaders’ paths. For many of us, the last year has been a test not only of our operational and managerial prowess, our stamina and our capacity for empathy and compassion, but also a test of our values.

Like most business leaders I spent the first weeks of the pandemic just trying to hold my organization together. We’re a nonprofit manufacturing consultancy, and after watching the economic uncertainty descend like a thick fog over the businesses we serve, we quickly moved to supporting production of personal protective equipment. It required an immense effort from everyone on my 50-person team; it also required taking huge risks, like buying nearly $2 million worth of plastic to make face shield using funds we had previously earmarked for other operating expenses, then figuring out later how to replace the funds.

Not only were we all dealing with this terrifying, deadly virus, but we were also working insane hours, doing dozens of calls every day trying to ramp up production of gowns and masks for frontline health care workers. We’d all seen the news photos of nurses wearing trash bags in New York – we knew that lives were at stake. The strain was incredible.

A few weeks in, it got to me. I abandoned my usual collaborative leadership and became an old-school authoritarian. Instead of explaining myself and soliciting input I started barking orders. When problems arose, I got short with people rather than trying to help them.

It didn’t take long before my relationships with the team started to fray. I asked a few people and learned they didn’t like this new me. That led to another realization: I had abandoned some of our organization’s key values – collaboration, relationships – when we needed them most.

It was a failure, but a productive one. I worked hard to course-correct, learning to collaborate quickly, or to acknowledge when we didn’t have time for collaboration. And I learned that in the darkest times, a leader should put culture and values front-and-center, in every decision and every interaction.

Letting the job change me, again and again

This year I believe I let the job change me, as I’ve let it continually change me over the years. In the process, I hope that it’s made me a more compassionate, empathetic leader.

It’s part of an ongoing realization I’ve had since I became CEO: by taking on leadership, I will forever be a different person. I see those childish dreams of generals leading troops totally differently. It could be tempting to see the fight against COVID-19 this way, as a battle against mental health issues, burnout, exhaustion and of course the disease itself. But unless you’re leading Pfizer or Moderna, there is no winning this battle. What’s called for is empathy, support, understanding.

In other words, if I held onto what I thought of leadership as a child and expected to feel the power and prestige that vision of a leader prescribes, then I would be bitterly disappointed. But again: to change the role of the CEO, I had to let the role change me.

I changed when I realized that I had the power to be bring comfort to my team when they were having challenges in life. Especially this year, I could support them through compensation, job security, empathy, time off, encouragement, and simple care, like sending a box of sanitary wipes back when they were hard to find. In fact, if I focused on this enough and created a culture of this sort of care and compassion, maybe I could make the lives of everyone in the organization better. I cared more.

I changed when I realized that decisions I made alone demotivated people. If I wanted others to care about the goals of our organization as I did, they would need to own decision-making and be able to create their own visions for the organization – not execute mine. I empowered more.

I changed when I realized that failure – like my turn to authoritarianism last year – is part of improving, and that improvement and growth must be core to aspiring leaders. Take this away, and others may never be their own leaders. I learned to hold back even when I thought I knew the “right answer.”

I changed when I realized that being a leader is just a job. It is the job of removing barriers from other people. Sure, there’s vision-setting, culture-setting, company risk-mitigation, stakeholder management, and so many other activities that leaders need to be good at. But each of these roles serves those that work in the organization. They are meant to prop up what they do, align and energize what others do, motivate and encourage others.

It seems so obvious when stated like this that the job of a leader is actually all about other people. It is a job with the core duty of releasing the innate human potential we all have to make fulfilling, meaningful, and impactful change in our world – be it on the job or in life.

It is a job that, when done well, changes lives.

Seeing “old man” as a compliment

I’ve only had one CEO role. I’m not a wildly successful entrepreneur, and I haven’t turned GE around or released the iPod or invented Facebook. I am merely a fortunate person experiencing a glimpse of the beauty and challenges of leadership. While the job wasn’t what I was expecting, being entrusted with leadership is a gift for those of us lucky enough to be changed by it.

Understanding this has also changed my view of those salt-and-pepper-haired boomer CEOs who our generation often views as imperious old men. Now I think about the vision I have of the “old men” and “old women” in my personal life. Leaders in our families. My kids’ grandparents who spend their time building family and giving joy to grandkids, dispensing wisdom and patiently guiding us through key moments in our lives. They have seen being old for what it can be: a hard-fought understanding that old age can mean being changed for the better – and being able to enhance the lives of others.

Millennials are millennials for a reason: we’re still (relatively speaking) young. We’ve still got a lot to learn before we change the fundamentals of what it means to be a leader. If we allow what we’ve learned to change us, to make us the compassionate, caring, empowering, empathetic leaders we aspire to be, I believe we can change the definition of leadership for the generations to come.

tweet
share on Facebookshare on Twittershare on Pinterestshare on LinkedInshare on Redditshare on VKontakteshare on Email
Dr. Ethan KarpJanuary 20, 2021

Dr. Ethan Karp is an expert in transforming companies and communities. As President and CEO of MAGNET, he has helped hundreds of manufacturing companies grow through technology, innovation, and talent. Before joining MAGNET, he worked with Fortune 500 companies at McKinsey & Co. Dr. Karp received undergraduate degrees in biochemistry and physics from Miami University and a Ph.D. in Chemical Biology from Harvard University. Dr. Ethan Karp is an opinion columnist for the CEOWORLD magazine. Follow him on Twitter or connect on LinkedIn.
view all posts