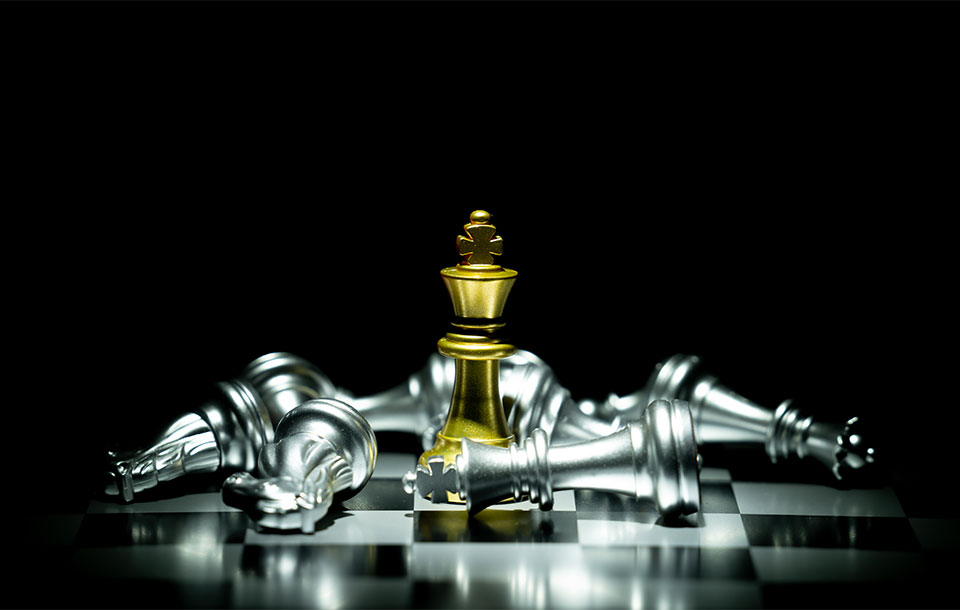 Politicians are elected to serve the people of their district, county, state, and country. Great politicians appreciate the honor and authority bestowed upon them to represent their constituents. Good governing requires truth and integrity.

When politicians forget these values, the seduction of power becomes a slippery slope toward self-serving, egocentric, and arrogant behavior. The authority bestowed upon politicians is alluring, as are the financial benefits, the adoring fans, the access to the press, and the tantalizing opportunities for personal aggrandizement. It takes a self-aware, humble, and wise human to lead well given the seductive nature of power.

Three features are essential for political, business, and community leaders to serve wisely:

A humble attitude to leadership is the antidote to arrogance. Arrogant leaders succumb to the traps of power and often believe that they must be the smartest person in the room, the one who knows all. Social institutions—from preschools to corporate boards—reward us for having the answers. Sadly, raising a hand to ask a question isn’t as appreciated. Self-centered leaders speak their opinions as facts and judge other positions as preposterous. I refer to this kind of leader as a “knower” because they can’t say the words, “I don’t know.” They simply can’t live with the discomfort of being wrong, and they will defend their positions no matter the consequences. I call this “close-fisted leading.”

I once advised a VP named Juan, who worked for a major energy company. Juan was sincerely puzzled about why his direct reports were so unresponsive to him. I observed several of his team meetings, and I saw a passionate, smart leader with zero self-awareness of the impact his communication style had on others. He began each meeting by presenting his positions with much fervor and confidence. Unfortunately for all involved, his direct reports didn’t receive his well-intended passion well. His arrogant surety and his status as a VP made it difficult for anyone to challenge his ideas. They were all victims of a deep-seated cultural power pattern that abides by the dictum that says, When the boss speaks, everyone else listens. What he or she says is what goes.

Humble leaders have a very different impact on their teams. They know they can’t have all the answers, and they have learned to manage their egos and lead with self-awareness, confidence, and empathy. This kind of leadership improves the quality of team interactions, which makes for more successful meetings and projects. As Juan came to understand the traps of being the “knower” boss, he eventually changed his behavior and began facilitating more collaborative conversations.

Humble leaders value perspectives other than their own. A recent article about Janet Yellen is an excellent example of how a dynamic leader purposefully listens to and learns from others’ perspectives. An artful collaborative conversation allows for opposing points of view and invites vigorous dialogue. Unlike “close-fisted leading,” the more collaborative “open-handed leading” creates emotional safety that allows many voices to be heard and inspires healthy discussions and mutual learning.

A sort of magic happens during collaborative and creative meetings. When teams wrestle with multiple viewpoints and have robust discussions, creative conversations flow naturally. Rather than shutting down ideas, a creative conversation opens the field wide, which encourages new ways of thinking and fresh ideas and leads to unforeseen solutions. Open minds and curiosity drive creativity.

Prior to Juan’s perspective shift and his subsequent behavioral change, there was little room for dissension. His team had learned to adopt his position. This dysfunctional pattern resulted in a “conversational bypass.” No matter the context—politics, business, or education—the bypass happens when teams succumb to the loudest or most senior voice in the room and proceed to make rushed decisions. The nature of hierarchies and the traps of authority encourage the bypass. Collaboration and creativity, the very best part of how we listen and learn from one another, are forgotten in our rush to get the job done.

A self-serving, egocentric leader is bound to fail the test of integrity. Our country’s current existential crisis took root in the words of ideological dishonest or self-serving politicians. Any organization will suffer from a deficit of integrity when leaders say one thing and do another. A leader who declares an open-door policy but then hides behind an administrative assistant is sending contradictory messages. They know the opportune thing to say, but they simply can’t deliver. Their word is not trustworthy and the inconsistent messaging rings disingenuous.

Sincerity is crucial for building trust. Leaders with integrity don’t play games with their words because they understand that their authority grants weight to their words and decisions. Luckily for Juan, a lack of integrity wasn’t his problem. Despite his aggressive communication style, he always presented reliable information and rational arguments for his team to consider. Juan was trustworthy and sincere. His word was good and he truly wanted to create a world-class team.

The wisest of leaders are genuinely committed to servant leadership. Servant leaders think beyond themselves and sacrifice much for the sake of others. They give others credit for the success of a project, and they take responsibility when things don’t go well. Their words matter and the conversations they create encourage a diversity of ideas. They tell the truth, cultivate empathy, seek to understand others, and lead by example. That builds trust, lasting relationships and empowers the people around them.

The challenges we face as a country should be a wake-up call for all leaders. Now is an excellent time to be brutally honest about the current state of affairs and about the best ways to move forward. Facing multiple crises, leaders at the local, state, and national levels have an opportunity to lead humbly, with integrity, and promote more collaborative, cooperative, and creative conversations.

tweet
share on Facebookshare on Twittershare on Pinterestshare on LinkedInshare on Redditshare on VKontakteshare on Email
Chuck WisnerDecember 10, 2020

Chuck Wisner is a highly sought-after strategic thinker, coach, and teacher in the areas of organizational strategy, human dynamics, communication, and leadership excellence. He is currently working as an advisor with leaders and their teams at major technology companies in the United States, other Fortune 200 companies, and non-profit institutions. Chuck Wisner is an opinion columnist for the CEOWORLD magazine. Follow him on his Website or connect on LinkedIn.
view all posts