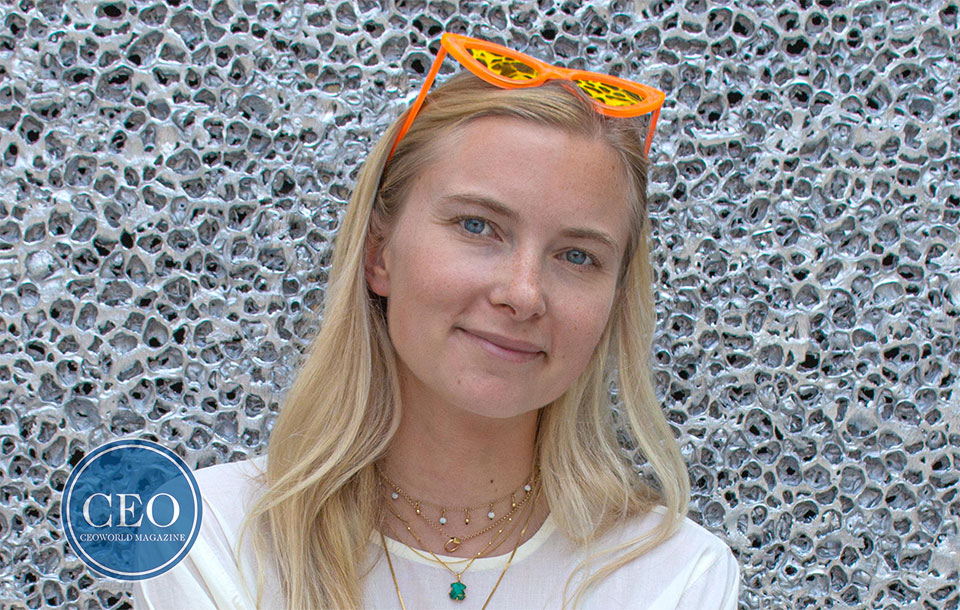 For a lot of people innovation is a daunting word, especially when it is put into a sentence with ‘I’, such as ‘I need to create an innovation’. It’s almost like this fictitious, far away magical world that only superhumans are capable of accomplishing.

Truth is, it happens all the time, literally on a daily basis, and most of the time by accident. A pretty good example of that was a hungover 18 year old me, in my run-down university dorm room, the morning after a pretty wild campus party, and with a giant telephone cord in my hair. There was not one inch of my brain that morning that was thinking Sophie, today is your day to innovate, however the weird series of events led me to be sitting on my bed whilst taking this giant telephone cord out of my hair and realizing hm, for once in my life my hair tie has not given me a headache..! and then instantly calling my boyfriend and telling him all about my new findings.

To innovate by accident can be quite easy. After all, it is by ‘accident’. What is much more difficult than that is to have a stream of innovation which occurs at a regular pace, and to be able to promise that that innovation is actually going to come. Let me illustrate our case.

We started selling our innovative traceless and dent-free spiral hair ties in early 2012, and people couldn’t get enough of it because it was a true innovation which only provided benefits, without having to compromise the usage or anything else. Our retail partners of course realized that, and immediately gave us the opportunity to take up more space on their shelves since our brand was a ‘hot product’. In order to take up more space on the shelf though, you need to bring new innovations, as the same identical product in 30 shades just isn’t good enough, and most importantly: the customer gets bored.

It is really difficult to force another ‘aha’ lightbulb moment upon yourself when the first one was pure coincidence. The first three years the invisibobble team really struggled with searching for and developing new innovations, but eventually we got the trick. We work with the following pillars/beliefs:

DO YOUR MARKET RESEARCH

One of the most important things in order to be able to innovate in your field is to understand that field. Do research on purchasing trends, on search terms, and try to identify which trends were successful in other markets, and if you have the chance to be the first one to bring it into yours and win with it.

If you look close enough, the market is telling you what they want, and you then need to execute on it. For example, we started invisibobble with hair ties, and it is still our core competency. However there is the opportunity to expand into all kinds of other hair accessories, such as headbands. Within that we then did research to understand what the biggest issues are with the current headbands in the market. One of them is: pain when wearing the product. That led to us creating a patented headband which is the first in the market that is fully adjustable and therefore offers a perfect fit. In other words: we solved the issue of experiencing pain when wearing a headband.

A part of innovation that is difficult is understanding if that product is any good and will be accepted by the market. The reason for that is since its something completely new, its difficult to benchmark it to another product on the market since there is nothing quite like it. Of course, the research you have done will let you know if there is a general demand in the segment or not, but not if your product particularly will be a huge success.

A good example of that was when we launched our traceless hair clips called WAVERs. The WAVER is a patented item which is made of one single injection molded piece, and is very tiny. We manufacture it in a facility that produces injection molded car parts, which evidently are a lot larger. We tested the product before launching it, and some of the WAVERs were snapping. The facility told us they made some small adjustments to the mold, and that we were good to go for main production.

We then did our big bang launch, sent out hundreds of thousands of WAVER clips… and they were all snapping, which of course was a disaster. We then internally created a special project team to get it sorted, and by the next production run, the WAVERs were no longer snapping.

What this allowed for was to get the product on the market fast to ensure our first mover advantage, but very importantly as well, we reacted quickly to the issues and solved them asap.

TRUST YOUR GUT, IT IS USUALLY PRETTY ACCURATE

There is no real quantifying why your gut is telling you something, but its there for a reason. As a founder of a brand, I have one of the best ‘feelings’ for what is good for the brand, and what less so. The reason is because were it not for me, the entire concept would not exist, and I have a deeper understanding than most others of what the real goal is for the brand. I guess it’s a little bit like how parents understand why their toddler is crying for the fifth time in a row whilst everyone else can just sort of stand around and take educated guesses.

In 2012 when we were putting our product portfolio together, we had six colors (black, brown, white, blue, red and yellow). After a few months, we got feedback from the market that we should launch pink, which we of course did. However, I had a gut feeling that we should also launch our hair ties in transparent. This was a weird suggestion to make considering there were no transparent hair ties on the market (all other hair ties were made of fabric, hence a transparent option does not exist), and therefore no proof that this was something consumers would actually want.

After much internal rejection to the idea, I said ‘please just trust me, my gut says it will be a good idea’, and we finally launched our ‘invisibobble ORIGINAL Crystal Clear’. Eight years later, it is still our top-performing item. I shall say no more.

share on Facebookshare on Twittershare on Pinterestshare on LinkedIn share on Tumblrshare on Redditshare on VKontakteshare on Email
Sophie Trelles TvedeNovember 17, 2020

Sophie Trelles Tvede calls herself a “Third Culture Kid”. She was born in Denmark, went to school in Zurich, studied in England and now works in Munich. After founding Invisibobble in 2012, the idea of the spiral hair tie became a true success story. In 2016 Sophie was honoured by Forbes Magazine 30 under 30. Sophie is also author of 100 Million Hair Ties and a Vodka Tonic: An entrepreneur’s story. Sophie Trelles Tvede is an opinion columnist for the CEOWORLD magazine. Follow her on Instagram or connect on LinkedIn.
view all posts 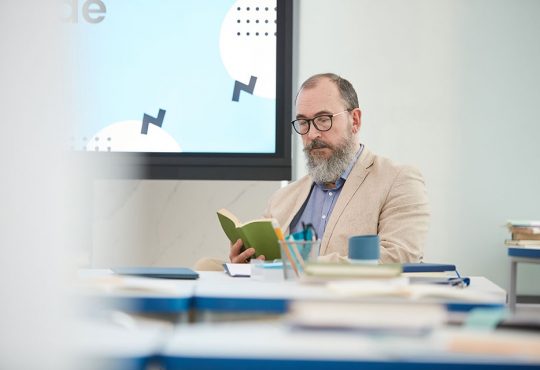 Anna PapadopoulosArt And CultureNovember 27, 2020
Joining academia is one of the most popular decisions all around the world. While there has been a trend of... 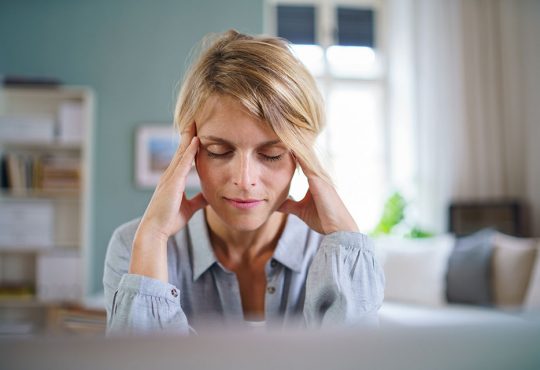 How to Overcome Mental Illness? 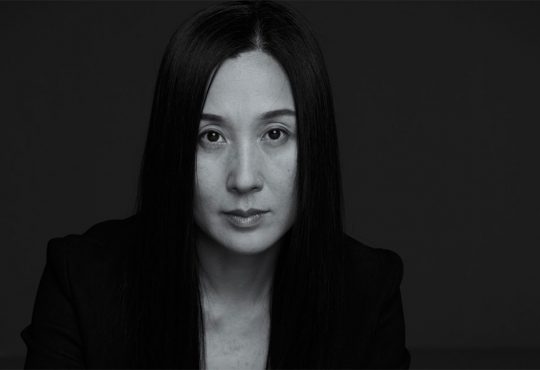 Ayushi KushwahaArt And CultureNovember 24, 2020
Asia, once known as a hub of spice and textile, seems to have found its way back to its old... 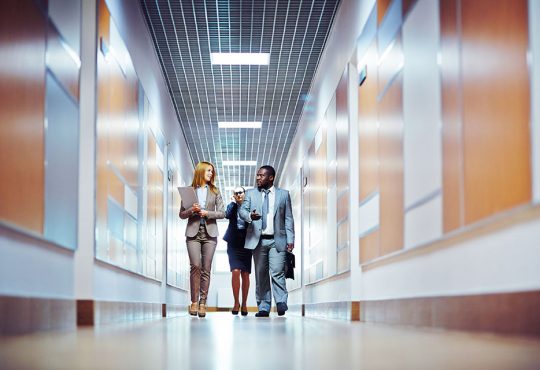 3 Ways to Eliminate Bias and Microaggressions in the Workplace

Susan BaxterArt And CultureNovember 23, 2020
In the workplace, bias can be a divisive and disruptive obstacle. This is especially true when companies don’t get out...