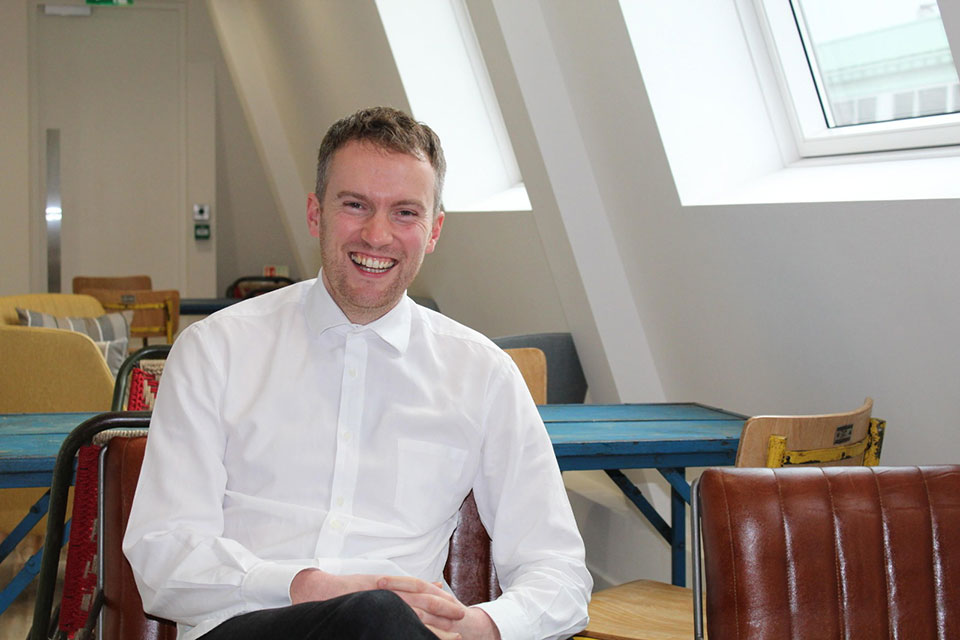 Emotions have been pushed out of the workplace for far too long.

At The Happiness Index we combine neuroscience with real time data to help companies achieve emotional intelligence at scale. Clive Hyland, our Head of Neuroscience, has always described emotions as sensations throughout the body which are sent to the brain, these messages are delivered in what we call emotions, and these emotions then allow you to do things.

Emotions allow us to recall events in a more meaningful way. Banning emotions from the workplace is hurting not only individuals but a company’s ability to perform and in turn financial results. It is time to stop labelling people ‘too emotional’.

We’re all constantly being told that we should rely on our gut and our instincts in business, so why don’t we listen to our emotions? Why don’t we combine data with instinct?

I would recommend that people start to see their own emotions as data points that they can learn from and add to the mix. You don’t need to act on all emotions but you should consider why you are feeling such emotions. Ignoring emotions is like ignoring a really important data source.

Why should you care?

Emotions are a very important part of how our brains work. Instinctually, I think you’ll know this to be true, but actually the data backs us up on this one. In my book Freedom To Be Happy we look at a 2017 study by Tyng, Amin, Saad, and Malic, which tells us that they have found evidence which proves that emotions are linked to memory, perception, attention, reasoning and problem solving.

Tell me those aren’t things you want in your organisation?

If you could pay money to get your employees or teammates to be better at paying attention, reasoning, or problem solving, you probably would. But I’m here to tell you that you don’t NEED to spend money on this, all you have to do is let in emotions.

All emotions
I, for one, have been labelled as “too emotional” but our neuroscientists tell us that scientifically there is actually no such thing as being “too emotional”. So the next time someone tells you that you are too emotional perhaps ask them for the science behind their comment.

But the point is that all emotions are necessary at work. It’s easy to see that traditionally certain emotions have been tolerated much better than others in the workplace. We all have the mental image from some show or another of a boss angrily throwing books at an assistant’s head when something doesn’t go their way. Conversely, there’s also the image of the employee crying in the loo so nobody can see their tears because they don’t want to be thought of as unprofessional.

At The Happiness Index we ask our employees how they’re feeling, what their emotions are, all the time. But it’s not because we want them to be happy all the time. In fact our Head of People, Gemma Shambler, is very clear that we want our people to be humans. Humans have a whole range of emotions spinning around all the time.

All emotions are temporary and part of the human experience, and so we expect our people will experience all of them. The main thing is to know if there’s anything we can do to help when they’re feeling less than joyous, and of course encourage those euphoric moments.

Finding Balance
Tennis coach Patrick Mouratoglou in the Netlfix documentary The Playbook was reflecting on mistakes he had made in his career when he said he “let his emotions make decisions”. For me the balance is listening to your emotions, taking in advice, and reading the data available and then making a decision. No, an emotion shouldn’t make a business decision but it shouldn’t be ignored.

Somewhere along the line business people have blocked out the first stage of listening to your emotions for fear of letting your emotions make decisions. These days I simply see my emotions as another data source to chuck into the mix. As a data geek to ignore emotions, to me, would be like ignoring a very rich source of data.

Once you feel happy and safe, you’re able to act on the happiness that you have. People are able to use the energetic commitment they have. This is how we get to meaning. In this way, happiness is a heart state and meaning is a brain or mind state.

The engagement process is all about showing people the inspiring journey you have to offer, so that people can begin to imagine themselves as part of that process, which allows for the expression of a thrive instinct. It’s this thrive instinct that is translated into the emotion we call happiness.

Here is a simple example of how we have collected anonymous emotional data and how you could use it to gain insight and make positive actions.

In a Happiness Index data sample of 240,000+ respondents, one of the most important factors in achieving high employee happiness is that the employee receives regular feedback from their manager.

Humans are not well programmed to receive or give feedback. Our bodies are constantly scanning for threats in the environment. If we feel under attack, the body will not send the correct nutrients to the brain such as oxygen. Feedback in a poor culture can be perceived as a threat by the body and starve the brain of the nutrients it needs to perform.

Build a feedback culture where everyone in the company feels comfortable giving and receiving feedback. Simple training can help create a culture where individuals seek out feedback and thrive.

The platform for performance is emotional.

For far too long we’ve focused on the rational and practical: on systems, processes, and legislation. This is because fundamentally we’ve operated on a system with a lack of trust – that if you don’t control people they will not perform. But this is actually rubbish; people have been performing in spite of these structures, not because of them. If you give the right person an environment to perform, the opportunity to perform, appreciate them, acknowledge them, and they will perform.

tweet
share on Facebookshare on Twittershare on Pinterestshare on LinkedInshare on Redditshare on VKontakteshare on Email
Matt PhelanNovember 10, 2020