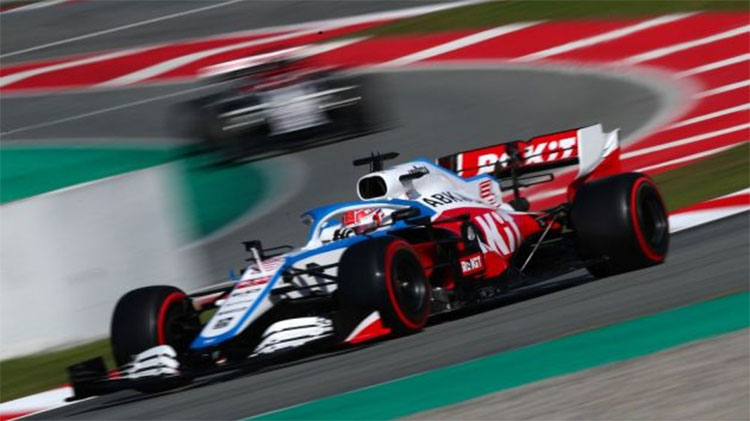 Global finance is being transformed as billionaires get richer and cut out the middlemen by creating their own “family offices”, personal investment firms that roam global markets looking for opportunities.  Through his personal investment company, R.E. Lee Capital, Hong Kong businessman Calvin Lo, has hired former bankers and philanthropy experts to help manage his estimated US$1.7billion fortune and a US$245 million philanthropic trust. It’s latest acquisition of motor racing team, Williams Grand Prix Holdings, or Williams F1, reveals how the world’s top 0.01% manages their wealth.

One of the most iconic names in Formula 1 racing, Williams, has reached legendary status for those who follow motorsports. But for the past few years, the team has been struggling to stay afloat and remain in F1 racing, given the skyrocketing costs involved.

Williams F1 already had debts worth over US$100 million, making any investment in the F1 team an expensive affair. Their one source of steady income – the brand partnership with alcohol brand Martini – was canceled recently, resulting in the family-owned team plunging further into the abyss. The permanent withdrawal of Williams from F1 racing would have been an inescapable fate, had it not been for a miraculous recovery.

On August 21, 2020, a mysterious buyer swooped in from nowhere and became the team’s saving grace. The buyer acquired the company for a whopping US$200 million, allowing it to resume sporting full-swing.

Who is the buyer?

The company that purchased Williams F1 is New York-headquartered investment firm Dorilton Capital. With an expansive portfolio that covers niches from technology to real estate to healthcare, Dorilton Capital is the investment advisor and provider for multiple high net worth companies around the world.  But, the question remains, who is the owner of Dorilton?

From Steve Ballmer to Mukesh Ambani to Dietrich Mateschitz, many billionaires around the world own sports teams. One common feature you see in such businesspeople is their tendency to strut their new multi-million or billion-dollar purchase. But in the case of the Williams F1 acquisition, there’s been no such bragging or trumpeting.

Initially, there were speculations that the owners of Dorilton Capital could be Michael Latifi (CEO of Sofina Foods Inc), whose son Nicholas Latifi competes for Williams under the Canadian flag. Other speculated buyers were Dmitry Mazepin (chairman of Uralchem Integrated Chemicals Company), Chanoch Nissany (ex-auto racer and businessman), James Matthews (owner of Eden Rock Capital Management), and Bernard Charles Eccleston (ex-CEO of Formula One Group).

But a series of news reports shed more light on who the mysterious buyer could be, and there’s growing suspicion that Williams’ ultimate new owner could be a Hong Kong-based billionaire, Calvin Lo.

In early 2020, multiple Chinese newspapers published reports of a businessman who had reached out to a company with an ailing F1 racing team. This description could refer to none other than Williams. The investor/businessman named in these articles was Calvin Lo.

Lo is the CEO of R.E. Lee International, a life insurance brokerage founded in 1954 and Founder of asset management firm, R.E. Lee Capital.  A Forbes ranking shows Lo to have a personal net worth of US$1.7 billion, making him the 43rd richest person in Hong Kong.

Over the summer, Chinese media highlighted that Lo has been an ardent supporter of Williams F1 and had earlier shared interest in assisting the team financially. Although many reputed journalists, including those from Forbes, contacted Lo’s family office, R.E. Lee Capital for confirmation, the company “can neither confirm nor deny involvement in this acquisition, nor make any further comment at this time”. However, it is highly likely that Lo may be the anonymous Chinese buyer, given his deep friendship with the FIA’s former director, Jean Todt. In addition, Lo also owns R.E. Lee Octagon, which specializes in multiple niches like automotive engineering, R&D and the extraction of rare earths.