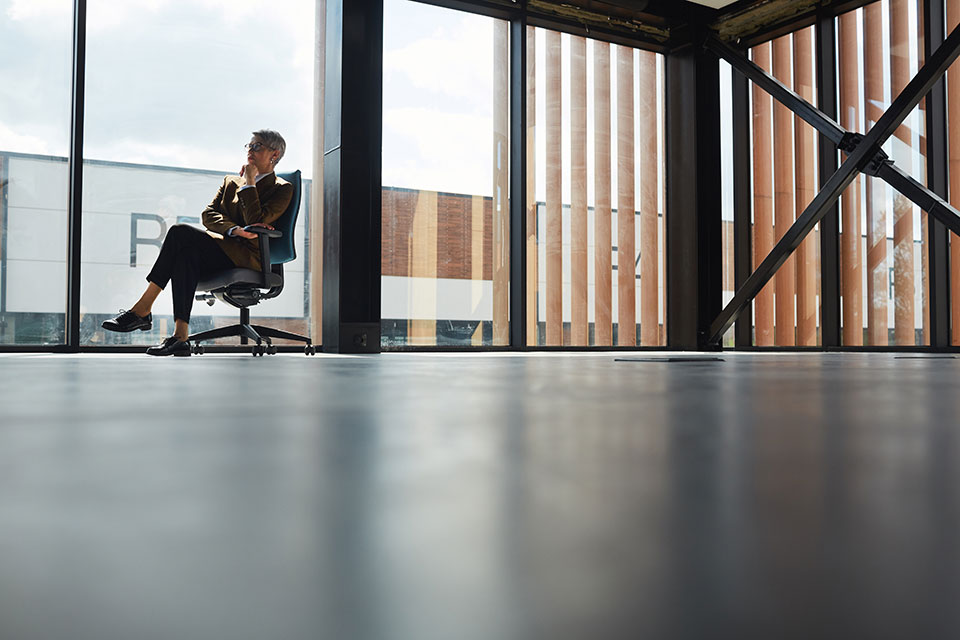 “Perform each task at hand with precise analysis, unaffected dignity, human sympathy, and dispassionate justice. Vacate your mind from other thoughts. Perform each action as if it were the last of your life.” —Marcus Aurelius

With the advent of technology and the Fourth Industrial Revolution (FIR), there is increased volatility, uncertainty, complexity, and ambiguity globally. People find it challenging to predict where the technology will take them to the next level. They are excited about the innumerable advantages arising from automation and artificial intelligence but they are equally concerned about the threats arising out of them. Precisely, humans are caught between peace and prosperity. In this regard, we will explore stoic philosophy and its relevance in today’s world to achieve peace and prosperity.

Stoicism is a way of life. It is the unofficial religion of the Roman world. It is closely connected with mindfulness. It helps you identify what you can and cannot control. It enhances your self-awareness and enlightens your life. It strengthens your self-control, increases your inner strength and enhances your endurance. It is an amazing therapy against heartache.

Stoicism can be defined as the ability to encounter adversaries and face failures with a cool, calm, collected, and composed demeanor. It is working under pressure with grace. Life throws several curveballs and people must be ready to face them squarely which is possible when they adopt stoic philosophy. The philosophy of stoicism was founded in 3rd century BC in Athens by Zeno of Citium and practiced by eminent philosophers including Marcus Aurelius, Seneca, Epictetus, Cato, Cleanthes, Hecato, and Musonius Rufus. It is practiced in the military also.

Stoic philosophy is based on the pillars of character, courage, convictions, conscience, communication, charisma, compassion, consideration and contribution.  There are innumerable advantages of adopting stoic philosophy. For instance, you differentiate between what you can control and what you cannot control. You make choices wisely. You don’t criticize, complain and condemn others. You become mature, remain calm, and evolve as a philosophical person.

Myths and Truths about Stoics

There are several myths about stoicism and stoics. For instance, there is a myth that stoics are stone-hearted. The truth is that they have a heart with emotions, egos, and feelings, but they have the ability to control and manage their emotions, egos, and feelings internally. They are extraordinary people who don’t exhibit their inner emotions and feelings to others. They appear calm like ducks because ducks struggle with their feet beneath the water to stay afloat but appear calm externally. There is a myth that stoics suppress their emotions but the fact is that they channel their emotions creatively and constructively to remain calm and composed irrespective of the outcome. There is a myth that stoicism is a religion. The truth is that stoicism is a way of life and not connected with any religion. It is a philosophy of living mindfully rather than existing in this world.

Stoics are different, not indifferent to the sensitivities of others’ egos, emotions, and feelings and the external environment. Their attitude prepares them for failures and guards them against the arrogance of successes. They are silent and resilient accepting the external realities and controlling and channeling their inner energies to turn the tide in their favor. They are emotionally intelligent and balanced and take both successes and failures equally. They know their limitations and work within the available resources without blaming external forces and factors.

Stoic leaders have a high internal locus of control. They live in the present. They have detached themselves from the desire for an outcome. They emphasize excellence and have an attitude of gratitude. They live with the ground realities and lead a simple and humble life. They practice what they preach and lead by example. They expect less and embrace more. They understand that life is full of peaks and valleys and embrace change effectively. They know when to hold and when to fold. They suffer silently to achieve their goals and objectives. They are visionaries and optimistic and adopt different strategies to accomplish their goals. However, they are unsure about the duration of their success as they are aware that many things are beyond their control. They remain calm and collected in spite of encountering adversity after adversity. They internalize their education and experience to spark action with smarter and wiser decisions. They take feedback at the end of each day, journal regularly and reflect a lot to improve themselves. They enjoy their solitude. They handle conflicts effectively and overcome crises successfully. They can lead all stakeholders mindfully. They go to bed becoming little wiser and smarter in the night and wake up the best version of themselves with gratitude in the morning. Precisely, they compare less, criticize less, and consume less. They create more, learn more, and live more.

Some of the Stoic philosophers such as Cato the Younger influenced leaders including George Washington, John Adams, and Benjamin Franklin. Eminent American leaders including Thomas Jefferson and Theodore Roosevelt, political thinker John Stuart Mill, and economist Adam Smith followed stoicism. The leaders who remained stoic in the face of adversity include Abraham Lincoln during the American Civil War, James Stockdale during the Vietnam war and Lieutenant Michael Murphy during the Afghanistan war.

A Blueprint to be Stoic in Adversity

Understand and appreciate the fact that there is increased volatility, uncertainty, complexity, and ambiguity (VUCA) across the world. Have an internal locus of control. Improve your attitude, personality, and behavior. Leverage your uniqueness. Treat your failures as lessons. Convert your negative thoughts into positive thoughts. Convert your threats into opportunities. Convert your scars into stars. Remember that everything happens for a reason.

Remember that troubles of the past and anxieties of the future are the thieves of present-day happiness. Hence, live in the present mindfully to lead your life with purpose and meaning. Observe the following nuggets to lead your life mindfully. Decrease your computer screen time. Avoid excessive viewing of TV. Avoid thinking too much about your unpleasant experiences. Avoid shopping addiction. Overcome relationship issues. Don’t procrastinate. Avoid clutter physically, mentally and emotionally. If you view negative, life looks full of pain, problems, and challenges. If you view positive, life looks full of harmony, happiness, and beauty. Hence, view life positively to overcome the challenges successfully and add value to others. Carol Burnett rightly remarked, “Only I can change my life. No one can do it for me.”

Entrepreneurs and leaders encounter unprecedented challenges regularly. Adopting stoicism helps them greatly to overcome their challenges. To summarize, stoicism is a neglected field in ancient philosophy. Stoic philosophy is relevant in today’s world. It is time to understand and adopt it in the current complex world.  You cannot change everything in the world but you can change your attitude by acting towards them proactively to lead a happy and peaceful life. To conclude, explore stoic philosophy to achieve inner peace, harmony and happiness.

share on Facebookshare on Twittershare on Pinterestshare on LinkedInshare on Redditshare on VKontakteshare on Email
Professor M.S. Rao, Ph.D.September 2, 2020 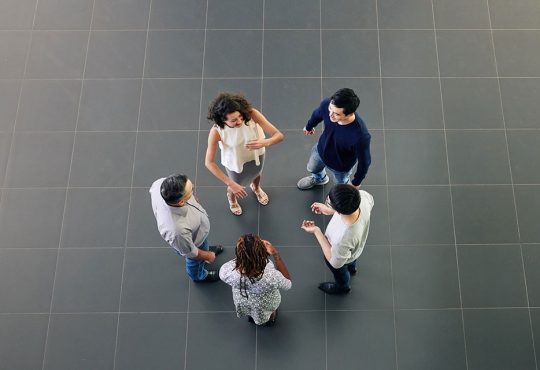 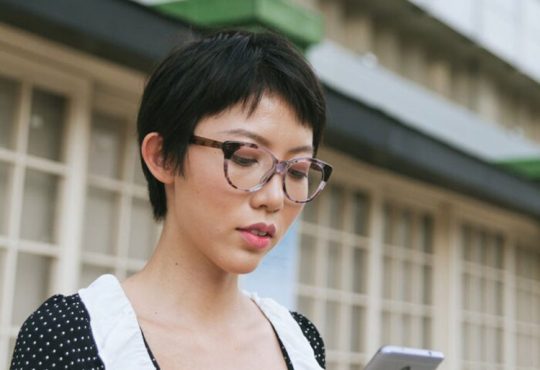 Why Blue Light Glasses Should Be Your New WFH Essential (Even if You Don’t Need Glasses!)

Featured columnistsC-Suite LifestyleSeptember 10, 2020September 11, 2020
Although working from home has its advantages, one of the cons is the increased number of hours spent online, whether... 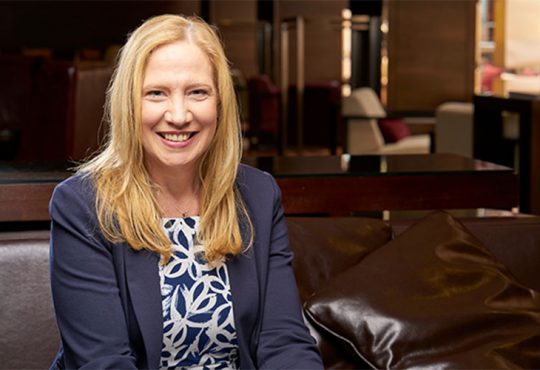 Why love and leadership make a great team