CEOWORLD magazine - Top Stories - C-Suite Agenda - Despite the escalation of tensions on several fronts, US and China make advancements in trade 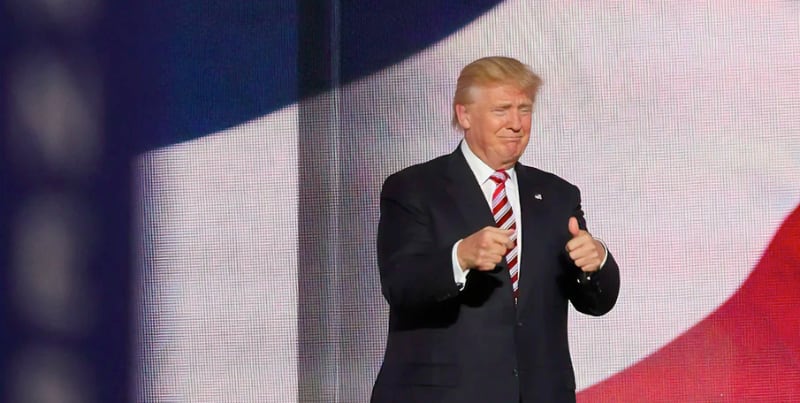 In the month of January, earlier this year, US President Donald J. Trump had marked an underlying economic alliance, bringing the economic conflicts with one of the world’s largest economies to a pause.

The pact established between the economic powers is planned to open Chinese business sectors to more American organizations, bringing in, an increment in farm and energy exports, providing prominent assurance to American innovation and trade secrets. China has also made its commitments to purchase American goods worth $200 billion, by 2021. According to the agreement, China is also expected to ease up some restrictions it has levied on American products.

At a ceremony at the White House, Mr. Trump had said “today we take a momentous step, one that has never been taken before with China toward a future of fair and reciprocal trade with China.” Also adding, “together we are righting the wrongs of the past.”

The deal entails within it, intensifying threats and tense negotiations happened over a period of two years, that had the potential to push both the superpowers into a permanent economic war. Mr. Trump who had promised to get tough on China in 2016 during his election campaign, pushed his arbitrators to modify trade terms that he had said, had wrecked American business.

The agreement is a defining moment in American trade history and the kinds of free-trade agreements, typically supported by the United States. In a message meant for Mr. Trump, China’s President Xi Jinping had also said, that the deal is “beneficial to both China, the U.S., and the world.”

However, the same agreement has also been at the receiving end of severe criticisms from their own party members, citing Trump’s certain moves as reason, which could have an economically damaging impact and stating that the deal leaves certain economic concerns unattended. Those include China’s tight grip over-controlling companies’ handling of data, cloud computing, and cybersecurity concerns.

However, in order to meet the terms and bring the trade deal into effect, China had agreed to not force American companies into handing over their technology. A pledge to not devaluate each others’ currencies in order to gain the upper hand in export markets, was also included in the trade agreement.

However, this victory has come at a heavy price as the approach adopted by the US to trade led to slow economic growth, heavy raise in prices for business and consumers, decreased revenue expectations, and laying off some workers.

The other source of tension remains in the relationship of the United States and China taking a downward spiral. Coping with the unforeseen challenges caused by the novel coronavirus COVID-19 has taken a significant toll on number of spheres across the world. And it is not hidden that the global pandemic is also affecting international security and is exposing countries to international conflicts. The two superpowers, the United States and China are no different and are fighting over multitude issues. Amidst global tensions, the Trump administration has decided to closely scrutinise Chinese investments including blacklisting certain Chinese companies.

However, despite not being on good terms with each other on several fronts including the realm of technology and national security, the two nations seem to be optimistic about the current state of their trade deal.

According to the statements issued by both the countries, US Trade Representative Robert Lightizer and Treasury Secretary Steven Mnuchin engaged in a conversation about the same, with Chinese Vice Premier Liu He on the evening of Monday, marking a sign of co-operation between both the countries.

Referring to the “phase one” trade deal, the two countries had reached upon earlier this year,  Lightizer’s office mentioned in the statement, that “both sides see progress and are committed to taking the necessary steps to ensure the success of the agreement.”

Ministry of Commerce of China considered the discussion to be “constructive”, also adding that the two countries have agreed to “create conditions and atmosphere to continue pushing forward” the deal.

However, tensions between the United States and China have heightened in the past few months on several fronts. The nations have also accused each other over the spread of COVID-19 and due to intensifying national security spat, the countries have also shut down a number of consulates. The US authorities have also taken a target on a few Chinese tech firms and took steps to boycott the famous applications; TikTok and WeChat.

Mr. Trump had also said “I don’t want to talk with China right now,” in an election campaign, earlier this month. However, the January’s trade deal despite the statement, remains unblemished to a great extent as the nations have keen interest in keeping up stable economic relations, and also have a past filled with those ties notwithstanding different issues.

CEOWORLD magazine - Top Stories - C-Suite Agenda - Despite the escalation of tensions on several fronts, US and China make advancements in trade