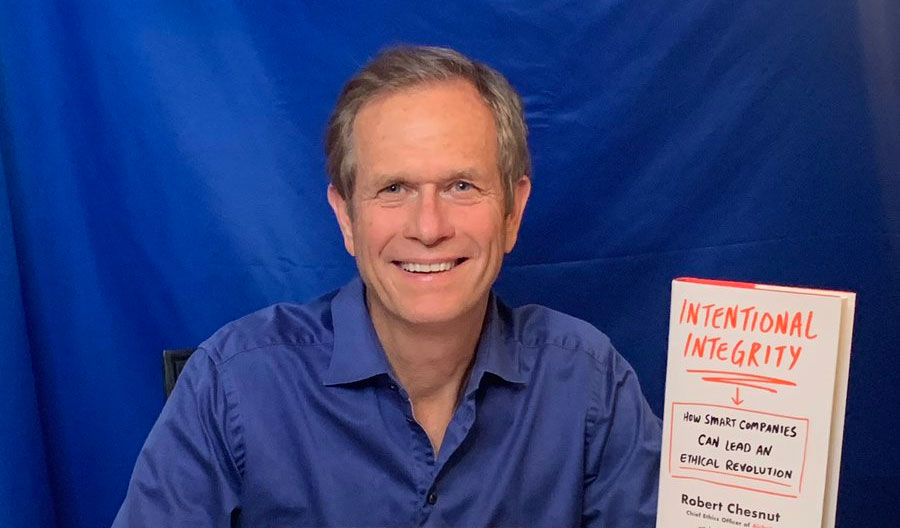 At Airbnb, our CEO and executive team went to great lengths to identify dilemmas before they occur as well as the best path forward—a much better idea than resolving a mess after the fact.

For example, since 2018, we have had a rule that no one on the executive team is allowed to pursue a romantic relationship with an Airbnb employee. Period. No exceptions. Every one of us, single or not, including Brian, specifically and personally agreed to abide by this rule. I’ll admit that when I first raised this with the executive team, someone laughed and said, “We’re all in serious relationships or married anyway. No big deal.” I pointed out that many of the #MeToo cases involved married executives. Nobody laughed at that, and after a short silence, we all signed up.

Some executives and friends I’ve told about that policy are shocked. Isn’t that extreme—even harsh—to forbid a relationship between consenting adults? Look, we have watched too many executives and companies mess this up. We at Airbnb have decided that the potential for difficult and distracting issues in the workplace stemming from romantic relationships is too great to risk, so we insist on this rule.

The “no relationship” rule is limited to the executive team, as the power dynamic is such that a senior leader could make a junior employee feel pressured in certain situations. At Airbnb, other romantic relationships involving employees are OK, as long as one person doesn’t fall under the other’s span of management control. If you work in sales and develop a relationship with someone in logistics, there is no reporting relationship and no issue. If you are a manager in customer service and find yourself attracted to someone who reports to you, you may not pursue that relationship. Should a relationship blossom in spite of this rule, the senior employee is held accountable for violating the code of ethics.

Our rule extends to anyone who has a control relationship over another employee. For example, suppose a particular human resources professional is responsible for supporting a sales team. While there is no formal reporting relationship, that HR professional has a control relationship with the team they support—he or she is aware of any investigations and performance issues on the team. The HR person has access to confidential salary and bonus information for each team member. That HR professional could not have a romantic relationship with someone on the team without undermining their impartiality and ability to perform their duties.

The general counsel might be called upon to investigate a complaint about literally any employee, so I would have been unable to pursue any romantic office relationships while I was in this role—or in my current role running our ethics office. Sure, a GC might recuse him- or herself from an investigation, but there would be speculation and gossip that would distract everyone involved and raise questions about what was going on behind the scenes. Common sense says the solution is that senior leaders should not get romantically involved with any employee.

There are leaders I consider ethical who handle this issue differently. Some rely on timely disclosures and a commitment to move employees to avoid a relationship in a chain of command. I don’t think that’s ideal. By the time that disclosure happens, there is already a relationship, and there has already been some distracting secrecy or activity. People don’t just see each other across a crowded room and run to report an attraction.

Even if a relationship is open and disclosed, it doesn’t solve the problem. There will be situations where the junior employee will have a broad awareness of things going on across the company due to their relationship with the C-level or other senior executive. There will be a perception, right or not, that the junior employee has an inside track on the best work and promotion opportunities. And how can a manager effectively discipline a junior employee if that person has a sympathetic ear at the top of the company?

Instead, we have agreed as an executive team: I am not going to seek an exception or put off a decision about this on someone else. If I feel the need to pursue a romantic relationship with an employee, I will seek another position at another company.

In some ways a good integrity code demands more of senior executives than of the rank and file. Now, there is no question some CEOs at other companies are put off by the idea of specific rules like this. There is a tradition of business lore that celebrates and even lionizes rebels. I’m thinking of entrepreneurs like Steve Jobs, for example, or Richard Branson or Ted Turner. When Jobs was starting out as an engineer at Atari, he was famous for going everywhere barefoot, and later he turned the act of rejecting the establishment and the rules into a rallying cry for Apple.

Cultivating a company culture where employees resemble a merry band of pirates who spit in the competition’s eye can create a unique brand. Sometimes it can be a recruiting advantage as well. And of course it can be done ethically. But there is a point where “ask forgiveness, not permission” can backfire. High-spirited people can lose control and egg each other on to the detriment of others, and eventually the company, if there aren’t guidelines about what the line is and what it means to cross it.

Let’s go back to the relationship issue. Some CEOs clearly believe that they have earned the right to judge when and if a relationship with another consenting adult employee or partner is a problem. They see their role as driving the stock price, period. If their bottom-line performance is strong, they feel they don’t deserve to be hemmed in by any rules. There may have been a time when that argument reflected popular norms. But times have changed.

I can name a few CEOs who probably agreed with the thinking that they are accountable only to the bottom line—Harvey Weinstein, Les Moonves, and Steve Wynn come to mind. All were powerful, self-assured CEOs who lost their jobs after many accusations surfaced of inappropriate relationships spanning many years. They have all defended their actions in the context of “consensual” relationships, even when their accusers have claimed that intimidation—or worse—was involved.

It’s worth noting that in each case, reporters—and in the case of Wynn, government regulators—have uncovered evidence that other employees and executives knew about their behaviors or even arranged for assignations or helped cover up what the CEO was doing. The consequences of inappropriate romantic relationships at work almost never remain confined to the “consenting adults.”

Setting the right tone at the top also involves the difficult dilemma of how CEOs treat highly valued or “favorite” employees when those individuals abuse their power or break rules. Most of us have seen at one time or another the “golden boy” or “golden girl” phenomenon, often a charismatic top sales performer or dealmaker or coder who may be seen throughout the company as one who can “do no wrong” in the CEO’s eyes.

It’s bad enough when the CEO’s pet annoys colleagues in myriad small ways—acts imperious with support staff, parks in others’ spots, is always too busy to attend “mandatory” meetings. But when they turn in record sales numbers the same month that they’re accused of sexual harassment or abusing customer data, then what? We’ve seen too many examples where the official response was a cover-up and a quiet settlement.

I think those days are fast coming to an end, thanks to #MeToo and activist employees who are demanding more accountability. A culture that uses cover-ups to respond to ethics violations has a serious, company-wide problem that goes beyond any individual incident.

Imagine that your best performer and most valuable employee just harassed someone in the office. What are you willing to assign as a consequence to that person? Treating the offender less harshly than someone else who did the same thing after you’ve created a supposedly ironclad rule is not the path of integrity and risks a quiet—or not-so- quiet— revolt.

Most CEOs like being the ultimate deciders. They like their freedom. Narcissistic CEOs take it to an extreme. But mature people understand that, ultimately, many jobs come with sacrifices to one’s personal life, friendships, and freedoms, whether it’s working long hours or not being able to trade stocks when you’re an insider. Everyone must follow the law, but nobody is forced to work for a company with a detailed ethics policy. Over time, in an ethical company, policy will evolve to keep pace with social norms, recruiting issues, and other variables.

This exclusive extract from Adapted from Intentional Integrity: How Smart Companies Can Lead an Ethical Revolution by Rob Chesnut (St. Martin’s Press, July 28, 2020). Have you read?
World’s Most Powerful Women.
World’s Most Powerful People.
The World’s Best Luxury Superyacht Charters And Builders.

Robert Chesnut has spent a 35 year legal career exploring and helping to enforce rules that we all live by. Most recently, Rob spent 4 years as Airbnb Inc.’s Advisor, General Counsel, and Chief Integrity Officer, helping Airbnb navigate a complex regulatory framework across as it grew into one of the world's leading hospitality companies. While at Airbnb, Rob developed the company's unique ethics program, "Integrity Belongs Here," that promotes an environment of ethics and compliance within the company. He previously led eBay’s North America legal team, where he founded the internet’s first eCommerce person-to-person platform Trust and Safety team. He is the author of Intentional Integrity: How Smart Companies Can Lead In An Ethical Revolution. Robert Chesnut is an opinion columnist for the CEOWORLD magazine. Follow him on Twitter or connect on LinkedIn.
view all posts