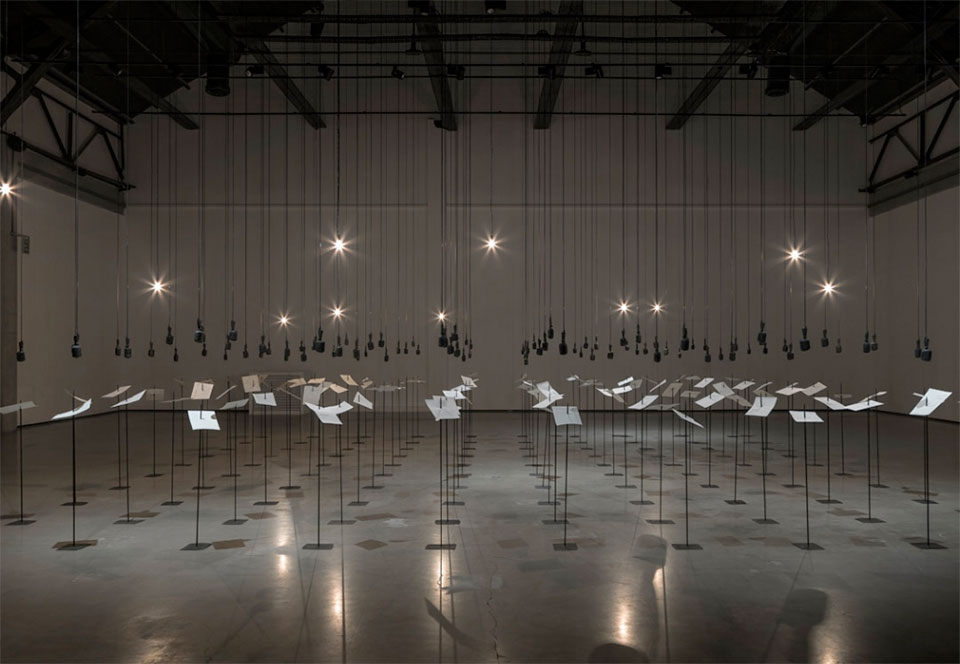 However, art history has been somewhat limiting and marginalizing for female artists and contemporary female artists continue to fight for the mainstream recognition they deserve. With globalization aiding in the quest to spread awareness, many women are using their platforms to champion the mainstream recognition of innovative female artists. A long-time avid supporter of women in the arts, business leader and philanthropist Joey Horn recognizes the transformative power of women supporting women.

Joey Horn: Joey Horn is a leader within the business sector and lover and collector of female-centric art. She is an avid philanthropist and has become an Executive Producer on her inaugural foray into the film industry. After earning her MBA from Yale University in 1991, Horn began a what was previously a male-dominated career trajectory, as an investment banker with Credit Suisse First Boston in New York and a then as a consultant with the Boston Consulting Group in Oslo. Most recently, Horn became the Managing Director of Oak Management AS, a private investment management firm. Horn’s charitable ventures focus on promoting education, fostering opportunities for children, and providing mothers with the support needed to excel. Notably, Horn partners with organizations like Restore The Music UK, Cancer Research UK, and Mothers2Mothers. Through these engagements, Horn has continued to champion women’s independence, education, self-sufficiency and equality.

In addition to extensive philanthropic participation, Joey Horn continues her commitment to supporting women via art. An avid collector of contemporary art from across the globe, Horn favors innovative and brave female artists. Championing their respective works, statements, and accomplishments, Horn aims to use her platform to raise awareness of various female artists such as Shilpa Gupta, Lin Tianmiao and Laylah Ali.

Shilpa Gupta: In previous centuries in India, women have been praised for their ability to stand quietly in the background, like an ornate addition to a setting. Defying this stance wholly, contemporary artist Shilpa Gupta purposefully creates works that take up space, invite interaction and showcase power in open spaces and public areas. Through sculpture, manipulated objects, and video installations, the innovative artist explores the breaking of boundaries and censorship in her native India. As the country remains embattled between traditional gender roles and modernized urban experiences, Gupta’s work is thought-provoking and influential, and Horn believes Gupta is truly a fearless female artist worth celebrating.

In 2006, Gupta’s prolific work, Untitled (Wives of the Disappeared), explored the devastating effect on the women left behind after their respective husbands’ disappearances in Kashmir. This interactive work takes viewers through various stages of this story of violence, supported via video installations, multi-audio tracks, and series of clothing with amputated parts hung on a clothesline. This exploration of systemic government violence urges viewers to take a comprehensive look at the effects felt by women. It explores the concepts of powerlessness, the militant need to soldier forward after devastation and an experience that is entirely life-changing for so many women across the globe. With several installations and works curated across the globe in 2020, Gupta’s most current works include “Measure Your Existence”, featured at New York’s Rubin Museum Of Art, and “My East Is Your West”, featured at Florida’s Rosemary Square Art Program.

Lin Tianmiao: As a contemporary installation artist and textile designer, China-based artist Lin Tianmiao explores traditional versus modern Chinese gender roles via large-scale art. To showcase the modernization and evolution of traditional female responsibilities in Chinese culture, Tianmiao often utilizes materials that are predominantly associated with maternal responsibilities. Using these materials in thought-provoking ways, Tianmiao invites conversation about the female experience. As one of the first female artists of Chinese descent to be featured internationally, Tianmiao’s work transcends cultural boundaries and provides a new perspective on gender roles, domesticity, and the normative ideas of womanhood for viewers across the globe.

In 2004, Tianmiao’s work “Boy And Girl” examined the learned gender stereotyping that begins in the early stages of life. According to the artist, the piece examines the theory that global educational systems are “teaching boys never to cry and girls to be soft”. Experiencing such gender-based oppression and stereotyping herself as a youth coming of age in China, Tianmiao’s commitment to dismantling gender stereotyping, and evolving the female experience is boldly seen within her portfolio of work.

Recognizing the need to continue to showcase thought-provoking art in a safe manner throughout the current COVID-19 pandemic, Tianmiao is also partaking in Galerie Lelong & Company’s online showcase, “Red”. The collective exhibition features 25 pieces centered around the designated color, with portions of the exhibition’s proceedings being donated to Heart To Heart International to support international COVID-19 relief.

Laylah Ali: Contemporary visual artist Laylah Ali’s art depicts race relations and aims to make a statement with graphic clarity. Renowned for her Gouache style, Ali’s early work featured traditionally violent motifs, focusing on the action taking place. Over time, her focus has pivoted to showcasing the precursors and effects of violent action. As the world continues to be rocked by systemic violence, increased crime, human rights violations, and other human rights atrocities, this art-based focus on all aspects of violence is timely and vastly important.

Developing intricate characters and figures from her own experiences, Ali creates small-scale drawings and paintings on paper, with her most renowned series being the “Greenheads Series”. In this series of over 80 small paintings, characters are created to destroy stereotypes of race, gender, and age. Simultaneously specific and vague, images of contemporary scenes incited viewers to contemplate the pieces from their own perspectives. Since 2015, Ali has been working on a collective titled, “Acephalous”. These paintings feature gender-conscious and sexually charged figures with no heads, showcasing multi-part journeys of the characters that are meant to be interpreted by viewers.

Although all of the aforementioned female artists come from different walks of life, socioeconomic conditions, and cultural backgrounds, they share a commitment to examining the modern human and female experience. Their respective works aim to incite conversation and to question the status quo. Through their creative statement, they each lend the world a robust physical expression of global themes, propelling the notions of gender equality, female celebration, and community. Committed to uplifting female voices, and providing women with opportunities for self-betterment, Joey Horn supports female artists exploring modern feminism and works alongside countless individuals devoted to empowering women. Together, these women work to carve a permanent space for women in art history, so that future generations can look back at the robust bodies of work of talented females worldwide.