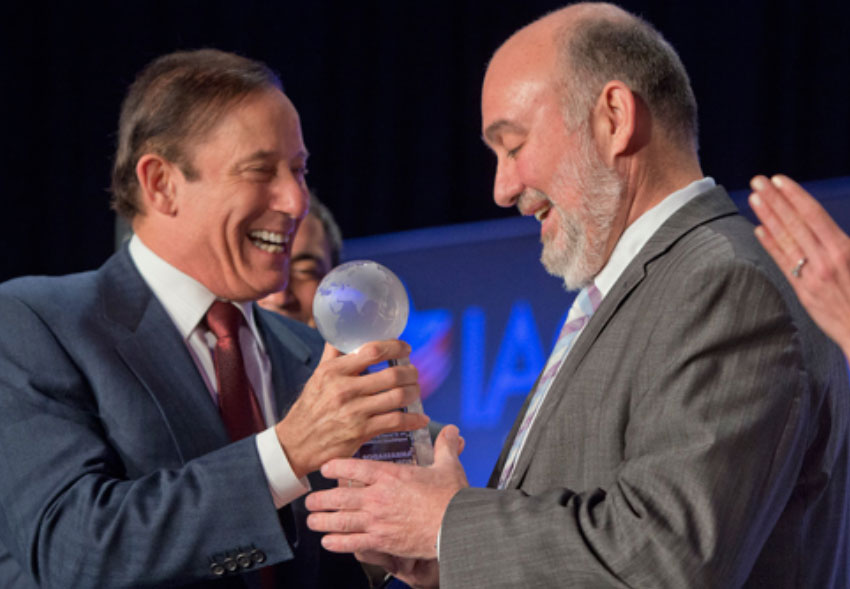 Adam Milstein firmly believes that education plays an important role in shaping the future of society. It has the power to instill values that motivate people to stand against hate and violence.

Milstein, an Israeli-American, is a prominent real estate investor. He immigrated to the United States with his wife and children almost two decades ago. Today, he is a revered community activist, thought leader, lobbyist, and philanthropist.

Milstein champions pro-Israel and pro-American causes. He leads and supports organizations and programs that provide Americans with the knowledge and tools to advance the U.S.-Israel relationship and fight anti-Semitism.

Milstein has always valued education. Even after forging a promising career path in real estate, he received an MBA from USC Marshall to deepen his skillset. In 2000, Milstein and his wife Gila founded the Adam and Gila Milstein Family Foundation (MFF) to “instill pride and courage in the Jewish People, to strengthen the U.S.- Israel unique alliance, as well as combat bigotry and hatred of all forms in the United States of America.”

Education is core to the MFF mission. They support young professionals in rediscovering their connections with Judaism and Israel and realizing their leadership in the community. The foundation contributes to initiatives at academic institutions, including many on college campuses, that empower students to stand up for the U.S-Israel alliance and take action against radical movements.

In 2015, Adam Milstein was instrumental in organizing the Campus Maccabees Summit with other prominent activists such as Sheldon Adelson and Haim Saban. The Summit convened leading organizations that fight against anti-Semitism on college campuses. This important work set the stage for future educational and philanthropic endeavors.

One of Milstein’s most notable accomplishments is co-founding the Israel-American Council (IAC), an organization that represents and serves Israeli-Americans and Jewish-Americans in the United States. Following Adam’s leadership, the IAC has become a national leader in strengthening the U.S.-Israel relationship and combatting anti-Semitism in America.

Adam Milstein’s love for Israel and America is not limited by geography. He exemplifies how one can support both. Through education, Milstein is able instill pride and courage in Americans, Israeli-Americans, and Jewish Americans. His philanthropic work has bridged Jews in the diaspora with Jewish communities in Israel.

Supporting programs that build understanding and uphold truth rather than spread prejudice and hate, especially among children and young adults, is an effective strategy for tackling societal problems at a grassroots level.

For Adam, a strong education means strong families and a strong future for America and Israel.

tweet
share on Facebookshare on Twittershare on Pinterestshare on LinkedInshare on Redditshare on VKontakteshare on Email
Sophie IrelandJuly 15, 2020