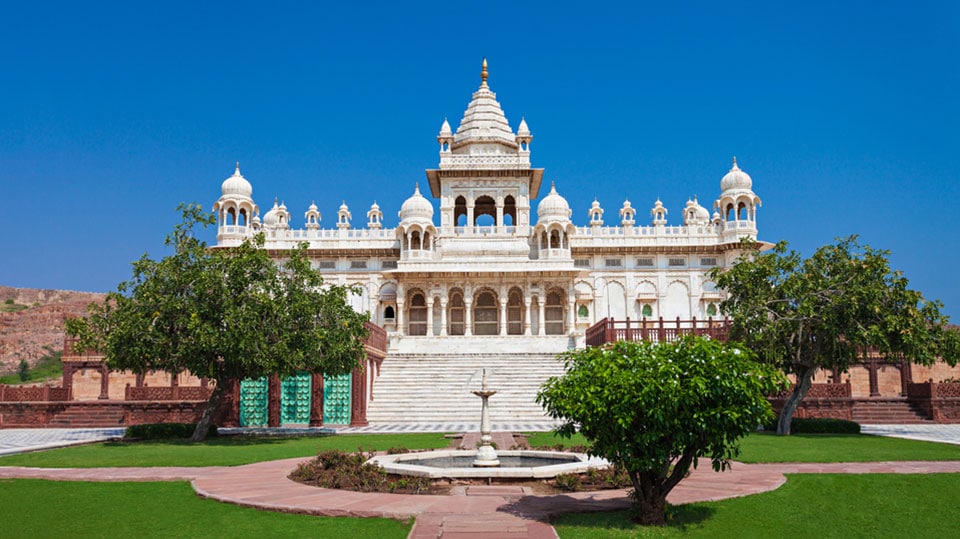 This tiger cub is indeed roaring to GO! INDIA has been ranked amongst the top 5 countries in the world to invest in the business in the year 2020 by the CEOWORLD magazine. Singapore, UK, Poland, and Indonesia are the other place holders in the report which analyzed and ranked 80 other countries according to their business and investment environment. This is yet another major achievement for INDIA which has successfully been fighting the COVID pandemic.

According to the Economic Survey – 2019 of Government of India, entrepreneurial activity continues to be high in the North-Western state of Rajasthan; enjoying close proximity to Political Capital New Delhi and Major Export Gateways in the Arabian Sea. Rajasthan easily makes it to prestigious the top three regions of INDIA, which tracks, new businesses being set up across India. 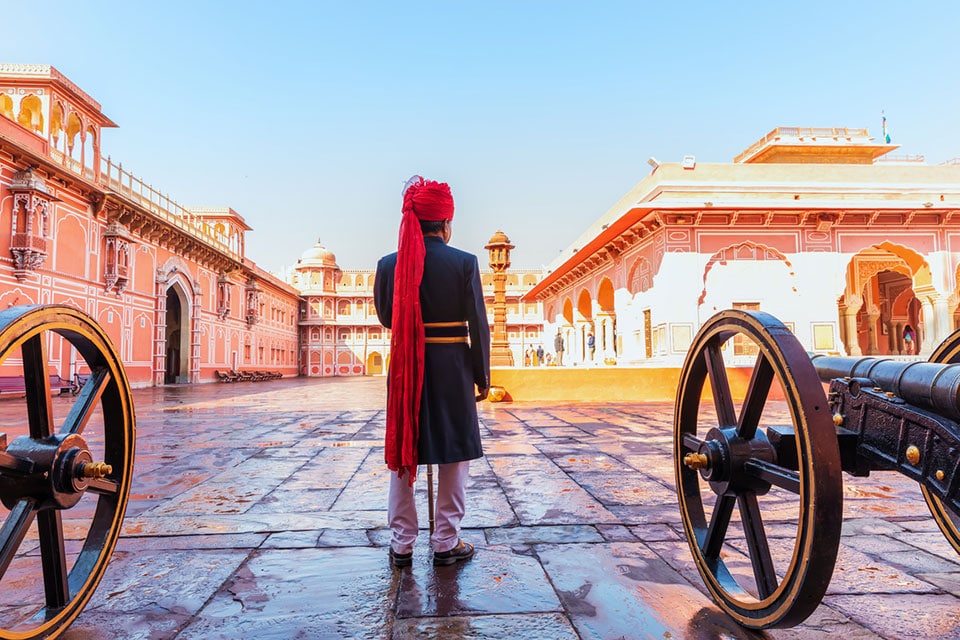 Rajasthan, with its enchanting heritage, culture, and art, has mesmerized the world for centuries. Interestingly, Rajasthan colloquially referred to as the “land of prince” has now also started featuring prominently as a business destination. Rajasthan, the name means the ‘land of the kings.’  Currently, the state features prominently as a viable business destination. Considering the global majors, the new maharajas, that have set up their operations in the state, this testament cannot be ignored. Some prominent names include Gillette, Lafarge, JCB, Saint Gobain Glass, Bosch, among others. Japanese names dot both sides of a highway be it on a factory, a hotel, or a restaurant. This is the first exclusive Foreign Investment Zone India, It looks like “Mini-Japan” includes big names are Daikin, Hitachi, Nidec, Nippon, Nissin, Toyota, Mitsui, etc.

The spirit of entrepreneurship is intrinsic to people of Rajasthan. Marwari (as they are often called) have been dominating Indian business for decades. Steel Magnate & billionaire of Indian origin Mr. Laxmi Niwas Mittal (LN Mittal) Chairman of the world’s largest steel maker Arcelor Mittal have his roots from the state of Rajasthan. Mr. Anil Agarwal Founder & Chairman of Vedanta Resources Limited, yet another global business tycoon also has his family roots originating from Rajasthan. One of the Largest business Conglomerate such as Aditya Birla Group, operates huge cement factories in the state. The list of successful business houses having roots from the state of Rajasthan is very exhaustive and includes the Home Grown retailer Mr. Kishore Biyani of Future Group, Mr Rahul Bajaj promoter of Bajaj Auto Limited, world’s largest three-wheeler manufacturer and amongst the top three motorcycles manufacturers in the world. The Aditya Birla Group from the League of Global Fortune 500 also had its roots and generates huge revenue for its Cement and allied businesses from the State of Rajasthan. 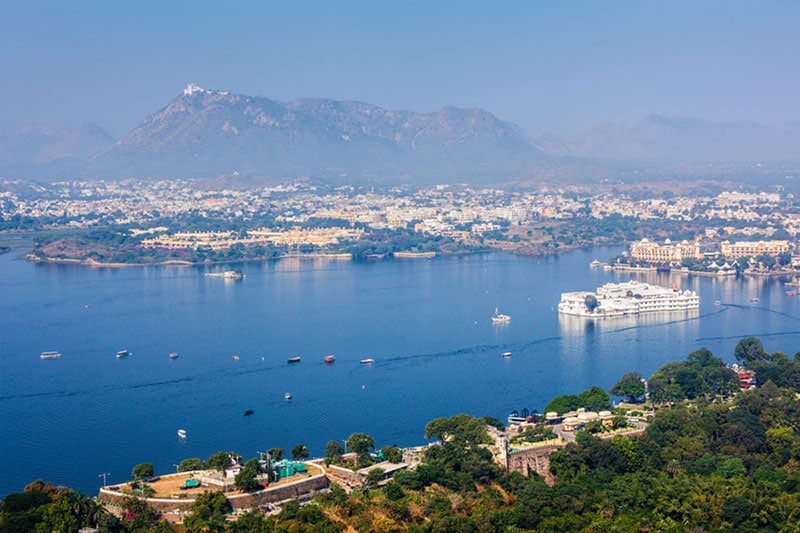 Some known names in Europe with their roots in Rajasthan includes Mr. Amit Lath, one of the leading Indian face and businessmen based in Poland for the last 20 years. Sharda Group is the 1st Indian company in Poland to be nominated in list of FORBES Diamond 2012. Gemini Corporation N.V. is one of the world’s largest circular economy market makers engaged in worldwide sourcing and distribution of recyclable and reusable plastics, paper, metal and rubber is owned by Mr. Surender Borad from the State. People from Rajasthan continue to expand their business and trade networks to many regions of India and globally with their business acumen.

At a staggering 342,239 sq km, Rajasthan is India’s largest state – a state larger than most European nations and only marginally smaller than Germany.  It borders six major states in the northern, western and central parts of India. Rajasthan is a natural corridor between the wealthy northern and the prosperous western states. The natural geography of the State provides easy access to all major hub spots across the nation. Owing to the enormous availability of land, the state boasts of being No. 2 in India in terms of solar energy potential, clocking 4811MW installed capacity this year.  The State shines on the solar map of India with 300-330 clear sunny days comparable to deserts of California, Nevada, Colorado and Arizona . It receives  highest solar irradiation with 5.72 kilowatt-hour per square meter per day (kWh/m2 /day) with  solar power potential  of 140 GW. Rajasthan has a solar policy through which an investor could set up a wind or a solar or other renewable energy plant and export it entirely to other States A quantifiable yet-to-be-fully-tapped potential lies therein. 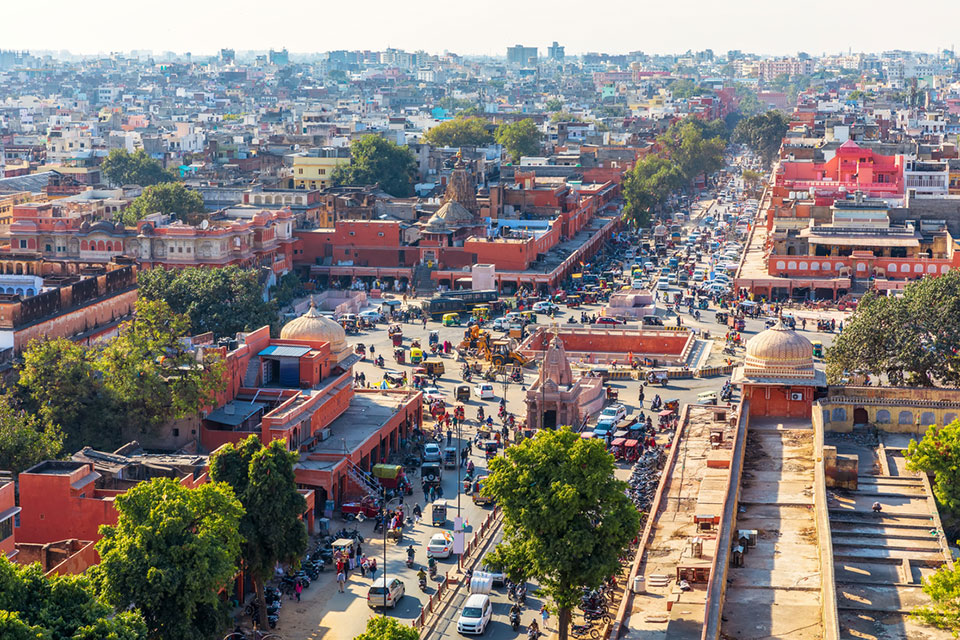 Given its natural advantages, Rajasthan has traditionally been strong in production of cement, ceramic products, chemicals, textiles, steel, handicrafts, and marble. India is country with the world’s second largest cement production capacity with Rajasthan accounting for nearly 13% of the installed capacity. Speaking of natural resources, Rajasthan is blessed with 79 varieties of both metallic and non-metallic minerals including beautiful building stones having vast deposits of Marble, Sand Stone and some other unique decorative stone. It has a vantage position in having significant resources of, Lignite, Petroleum and Natural Gas too. Rajasthan has virtual monopoly in the country in   production of minerals like Lead, Soapstone, Ball Clay, Calcite, Feldspar, Kaolin, Copper, Wollastonite, Silver, etc , many of which are of international significance. It produces 10 per cent of the world’s and 70 per cent of India’s output of sandstone. India is the 4th largest producer of Zinc in the world and all that comes from Rajasthan. Gypsum, pyrites and rock-phosphate used in fertilizer industry are sourced mainly from Rajasthan.

In terms of services exports, tourism and hospitality is a key segment in Rajasthan. Medieval royalty built spectacular palaces and lavish forts have now metamorphosed into luxury hotels and museums.

In terms of food and non-food crops, Rajasthan’s diverse climatic conditions made it the leading producer of mustard, bajra, barley, maize, cotton and spices, such as coriander and cumin.The state is second-largest producer of milk and largest producer of wool in India. The last few years has seen a shift in Rajasthan’s traditional landscape. Even as Rajasthan nurtures its traditional manufacturing and handicraft base, it has opened up new frontiers of growth, with a focus on niche industrial sectors such as automobiles, sunrise sectors such as solar energy and service sectors such as IT and ITeS. Rajasthan is rapidly developing into a key automotive hub with being host to over 100 automotive and auto parts manufacturing companies’. Among the emerging sectors which offer exciting opportunities include ITES and electronic manufacturing. India is known the top outsourcing destination in the world. According to LinkedIn’s India Workforce Report 2019, State Capital “Jaipur” is among the top 10 destinations for job offers better opportunities in terms of business environment, talent, and infrastructure and cost differential. Deutsche Bank, Genpact and Metlife are among the major companies present in Jaipur in this service sector. 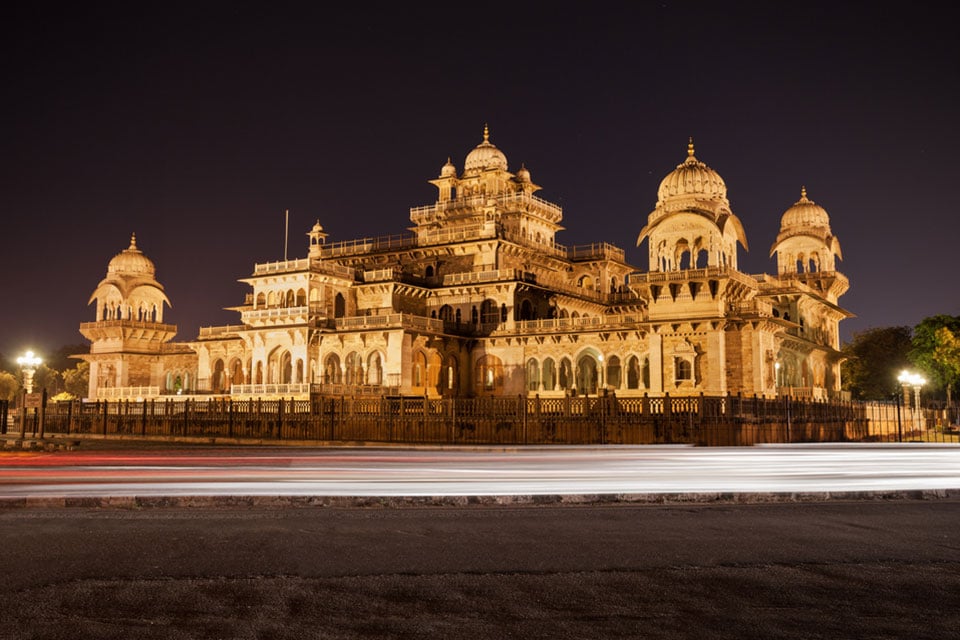 Under the visionary leadership of the Chief Minister of the State, Mr. Ashok Gehlot, Rajasthan, the government has also successfully introduced several sustainable policy reforms, such as the Rajasthan Industrial Development Policy 2019, Rajasthan Investment Promotion Scheme 2019, which provides benefits, subsidies, exemptions and incentives to various types of industries. Some other recently launched new policies for Agri-business, Solar and wind energy. The solar policy has also focused on manufacturing of solar energy equipment which was mostly imported till recently.

The state has also implemented several light touch regulatory frameworks in terms of tax concessions and trade policies which scores high up on the investor friendliness index. As per a new Act of the Rajasthan Government, no permissions, inspection and certifications are needed for medium and small scale units to set up business in the State, for a three year period.

The state has enough levers attract new investment and to leapfrog the current downslide that has hit economies worldwide. This includes reaching out to its immensely successful Diaspora. A organisation called the Rajasthan Foundation is the organization which has been mandated by the government to connect non-resident Rajasthani’s to their homeland  is using the  networks and making  Diaspora  contacts available to the authorities to support immediate medical and source healthcare supplies in Covid times. 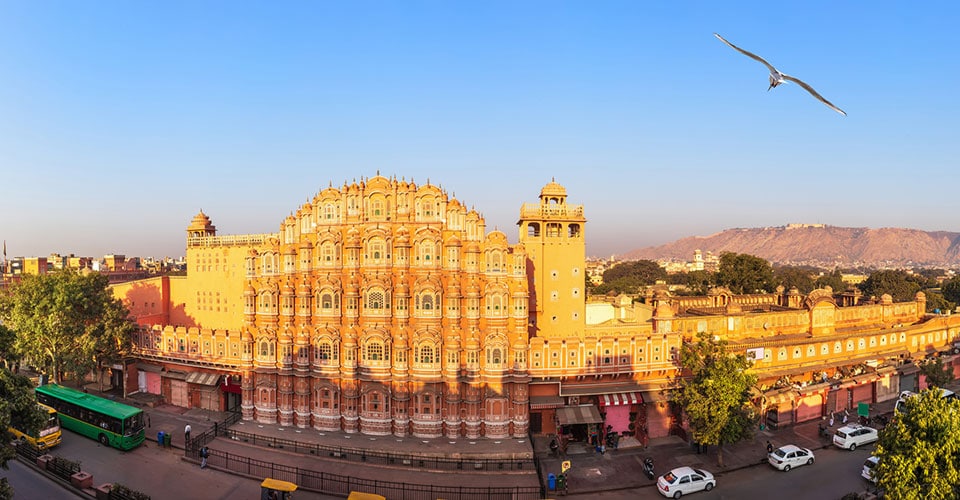 As India inches up on its rankings as a global destination for investment, it is time to look at some of the better performing states like the State of Rajasthan which is ranked among the top ten states in the country.   The ranking is based on the ease of doing business, thanks to its clearly-defined land allotment processes and easy business clearances that are granted online within a predetermined time frame. The State’s single-window clearance system provides businesses with a single-point interface for online submission and tracking of applications. Indeed, Rajasthan offers new opportunities to in line with its comparative advantages for foreign companies currently realigning their investment relocation strategies.

This tiger cub is indeed roaring to go! 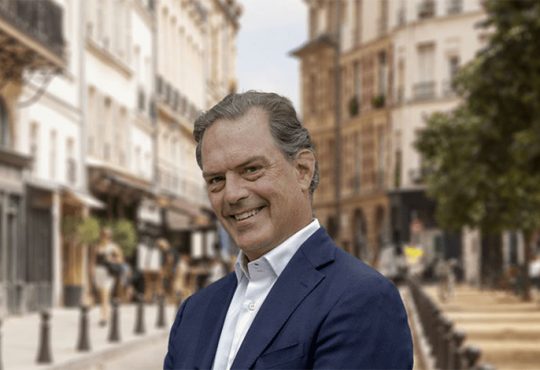 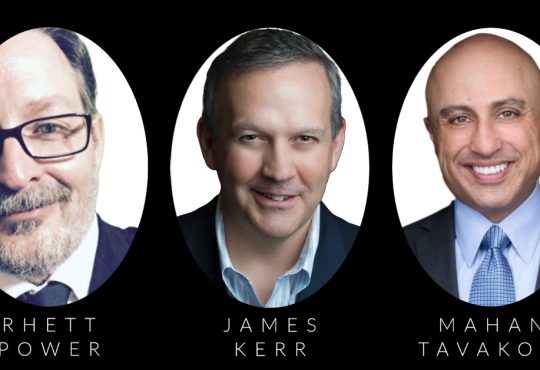 Do You Want A Thought Leader’s Perspective on Leadership?

James KerrCEO InsiderApril 13, 2021
Since the publication of my most recent book, Indispensable: Build and Lead A Company Can’t Live Without, last month, I... 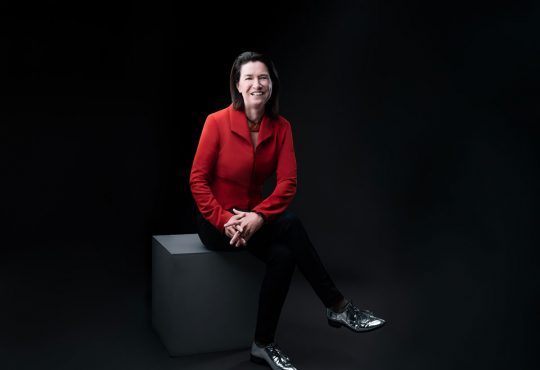 The key to finding your corporate urban myths

Gabrielle DolanCEO InsiderApril 13, 2021
Do you have any corporate urban myths? Perhaps you are not sure what an urban myth is or why it... 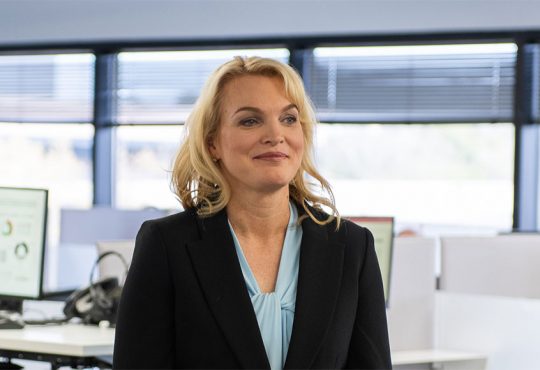 Angela RobertsCEO InsiderApril 10, 2021
Finding ways to support both our employees and their families during the pandemic is key. U.S. Money Reserve created a...