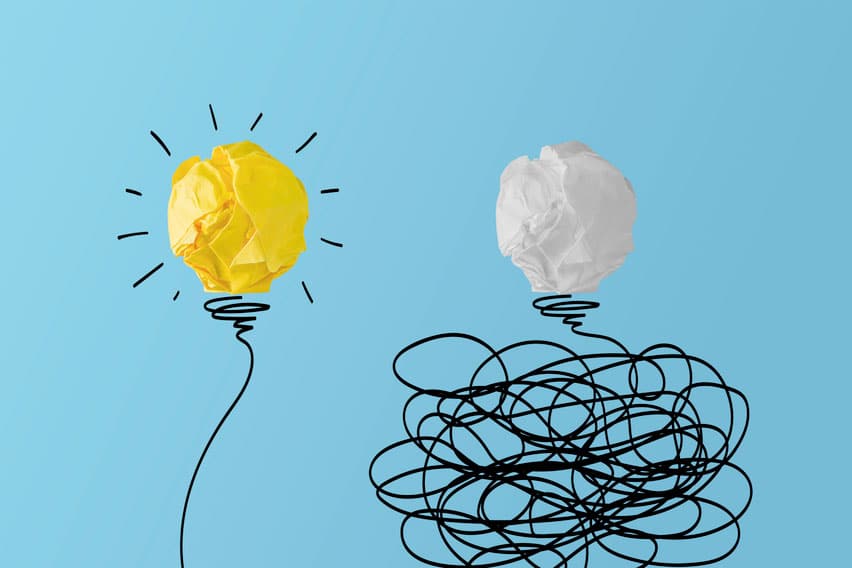 One of the most in-demand skills in today’s labor market, creativity is becoming more and more important to the success of individuals and organizations. Although some people are more creative than others, there are many contributing factors and relatively easy strategies that can increase creativity. Due to the coronavirus pandemic and its lasting effect, the job market will become increasingly competitive and tough. Regardless of profession or level of experience, anyone can benefit from a number of tools and tricks to enhance individual creativity.

The organizational atmosphere can definitely influence creativity. A climate of innovation, the knowledge that creativity is valued, rewarded, and reinforced, and not working under the stress of feeling constantly evaluated and controlled are all factors that enhance creativity. In contrast, in an atmosphere of deadlines and fear of negative outcomes, people are less creative and take fewer risks.

As individuals, we can take things into our own hands when it comes to boosting our creativity, by adding personal touches and certain elements to our workspace and by employing specific, proven techniques.

Seeing blue and green. Two colors were found to increase creativity: blue and green. In three studies published in the prestigious journal Science, people who were exposed to the color blue were more creative than those who were exposed to red or white. The researchers suggest that blue is associated with tranquility and openness and signals a safe and calm environment, which is exactly what we need for creative thinking.

The color green is perhaps even more effective than blue for creativity. Participants who were looking at the color green performed better on a creativity task than those who viewed the colors white, gray, blue, or red.

These findings suggest that merely looking at something blue or green can boost your creativity. So, when you’re working on a task that demands creativity, try to have something green or blue in the room, or take a break from time to time and just look at a green or blue surface. It can be a green plant or a tree that you can see through your window, a photo or image that has green or blue in it, or the background of your computer screen. There is a good chance it will have a positive influence on your creativity.

Seeing red—or not. The findings on the influence of the color red are more complicated. Red signals danger, which arouses avoidance behavior. Studies found that participants who were given an anagram test to unscramble sequences of letters into words performed worse when they saw something red. On the other hand, studies showed that in tasks that demand attention and memory, rather than analysis, those who saw red performed better. It seems that avoidance behavior has a negative influence on problem-solving. However, in tasks such as proofreading, the sense of danger increases attention and hence improves performance.

Get moving. Several studies showed that physical actions and certain movements, such as gestures and walking, may enhance creativity. In one study, for example, children were divided into two groups and then given a creativity test. They had to find as many uses as they could for a certain object. In the first group, the children were encouraged to gesture and use their hands to show how the objects could be used. The second group did not receive any specific instructions. Gesturing was found to improve creativity; children who used gestures generated more novel responses.

Other studies have shown the benefit of walking to boost creativity. People who walked while trying to solve a creative problem performed significantly better than those who sat down. This was true whether they walked on a treadmill or outside along a predetermined path in the campus. These findings suggest that if you have to think of a new idea, get up off your chair and walk. You can walk around the room, outside, or on a treadmill, and gain double the benefit–physical activity and creativity!

Tracing curved lines rather than angular straight lines was also found to increase creativity. So, while you’re sitting and thinking, take a piece of paper and doodle some waves!

Metaphors in action. Metaphors about creativity, such as thinking outside the box, on one hand then on the other hand, or breaking the rules, reinforce the connection between bodily movements and creativity. Studies have shown that enacting such metaphors–for example, actually sitting outside a box or raising one hand and then raising the other hand–enhanced creative performance. In one study, the researchers constructed a box. They gave the participants a creative task, and then asked one group to sit inside the box and another group to sit outside the box. The third control group performed the task with no box. Those who sat outside the box performed better than the other two groups.

A recent study focused on a different metaphor, breaking the rules, and found similar results. Using the virtual reality technique, participants in one condition had to “break the walls” to enter the room, while participants in another condition had no walls or barrier. While walking in the virtual reality scene, they were given a creative task to find as many uses as they could for a certain object. Those who virtually broke the wall performed better on a creativity task than those who had no wall to break.

However, you don’t necessarily have to enact the metaphors; it can be beneficial just to look at a visual presentation of that metaphor. For example, participants who saw an image of a brain outside a box (symbolizing thinking outside the box) performed better on a creative task than those who saw an image of a fish, or no image.

Not only photos of metaphors but also certain logos of companies that signal creativity can enhance creativity. For example, participants in a study who were subliminally exposed (for thirty milliseconds) to the Apple logo, a widely-recognized symbol of innovation, performed better than those who were exposed to the IBM logo, which is perceived as more traditional and not necessarily associated with innovation.

Other techniques found to enhance creativity: imagine you are a creative person, such as a poet or inventor, and meditation. Learning to meditate might help you in several aspects of your life; one of them is being more creative.

Practical applications. Taken together, these findings suggest that making some changes to your workspace, such as lighting the space with a light bulb or hanging photos representing creative metaphors or logos of creative companies, may boost your creativity. You should also think about the color of the objects in your space. In addition, there are easily implemented strategies that will boost your creativity. Walk around the room or outside, doodle wavy lines, look at a green space outside your window, change the background color of your computer screen, and use the other strategies mentioned here. You will be surprised how helpful they are.

tweet
share on Facebookshare on Twittershare on Pinterestshare on LinkedInshare on Redditshare on VKontakteshare on Email
Thalma LobelJune 19, 2020

Thalma Lobel is an internationally recognized psychologist and expert on human behavior. A former chair at the School of Psychological Sciences at Tel Aviv University and director of the Adler Center for Child Development and Psychotherapy, she has been a visiting professor at Harvard University and a visiting scholar at Tufts University, the University of California at San Diego, and New York University. Her previous book, Sensation: The New Science of Physical Intelligence, was published in 15 countries. Her new book is Whatever Works: The Small Cues That Make a Surprising Difference in Our Success at Work—and How to Create a Happier Office (BenBella Books; July 2020). Thalma Lobel is an opinion columnist for the CEOWORLD magazine.
view all posts