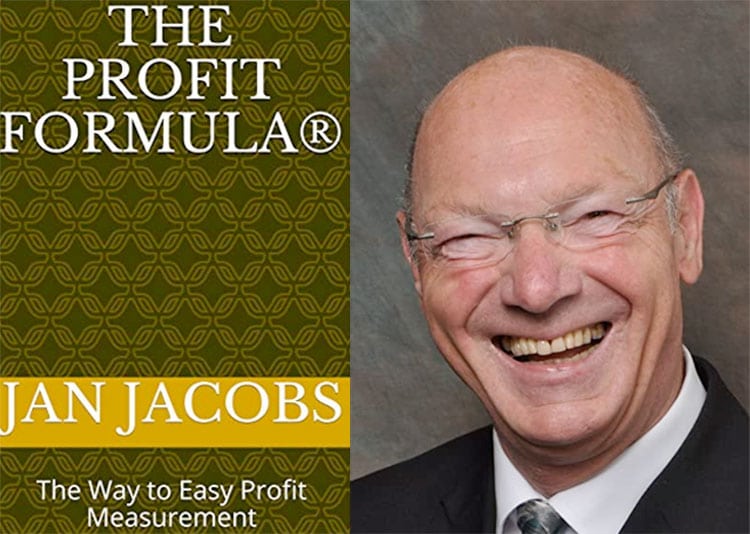 The world’s best economists tried passionately to create the one and only right period profit calculation system, until the end of the 1970’s, but the solution had not been found. The problem has been treated up to now as of little importance in the search after other (financial) leading indicators or rather classed as un-measurable as in the search for the philosopher’s stone. Therefore, the adage was up to now ‘profit is an opinion’.

Profit defined as ‘total sales’ minus ‘total costs’ is not good enough. A new equation is available within which the balance sheet, profit and loss account, the statement of source and use of funds remain inter-related. The apparent antithesis between nominalism and substantialism has been bridged over.

Depreciations and amortisations, interest costs and tax burden are exogenous variables within the old formula – these cost items happen to be outcomes of separate calculations with several arbitrary choices – whereas they all are endogenous variables within the new formula, ipso facto separate calculations are not needed anymore. A tremendous amount of money can be saved, including for cases of historical cost accounting (measuring fiscal profit). The budgets of many accounts departments can be cut drastically.

This basic equation of profit measurement includes each and every capital maintenance concept and does not exclude a single concept of value. This equation incorporates the integration of nominalism (NVD) and substantialism (SVD), both general and specific, with the exact calculation of the burden of taxation. According to all reasonable profit definitions, anybody can measure profit over a randomly chosen period of any length. Quick and easy. The Profit Formula® is exceptionally user-friendly. Working with this profit-meter is straightforward and relatively simple.

It is not a case of either…or, but of both…and: nominalism and substantialism. For some assets it will probably be a matter of nominalism only. Nominalism means that there is no obligation regarding the future. For some assets that may be the case, but usually not for all assets. What is often said, however, is ‘we do not know which products we will make in the future’. That may be true. ‘We do not know with which machines’. That may also be the case. But it will most certainly not take place in the open air, and that is why there should be a building, which will be either bought, rented or leased. Some assets are indispensable for conducting business. Without these assets businesses simply cannot exist. Think of calamities and commitments to deliver. There can be the duty to replace even in the case of a one-off investment. In a lot of companies, minimal amounts of any one stock is considered normal, even though operations cannot continue without that particular stock. Then there would no longer be a business and the measurement of ‘business income’ (with reference to Edwards and Bell) would not be an issue. For indispensable assets, substantialism is required up to varying percentages of proprietor’s equity, and at the same time there may also be a general constant purchasing power requirement.

Whatever the various TVs and NVs may be, next to the f standards and the other gauging data (science could help a little in tracing these, but it may not always have the last word), determining profit remains nothing more than filling in figures. Meanwhile everything is taken into account from the start, everything that one wants to gauge, that is. One has to do this to one’s best knowledge. In fact, there is room for values and standards to expand if necessary. All values and standards have to be given as input data and subsequently they have to be fully counted. What is the value of something and what is a standard? That is a choice, but it is not up to business administration to have the final say in this. In all systems for determining profit so far, pre-arranged values and standards are to be found, leaving no room for expansion. Suppose that in practice one happens to know a value and/or standard in a particular situation, that knowledge cannot be used when applying these systems. Everything that one finds out, can be fed in in The Profit Formula®, as practice makes perfect. Therefore the profit can be increasingly precisely measured.

Who only knows unproven period profit and yield figures – at least for internal use – he / she is walking in the fog.

People steer in the fog, not said that they are fooling themselves. It is not just about the group profit for a whole year, but especially about the detail profit of a part, your department, your project, for every desired, short period.

Fiscally accepted values and standards are mostly based on HC and rules like FIFO or LIFO.

The Profit Formula® is just another road to the same answer and you get that very same fiscal profit figure taking little time and effort.

Subsequently, various cost items – the required reports naturally need to be complete – can still be determined, in fact now more easily since the figure on the bottom line is already available.

Firstly all cost items which are at hand aggregated and secondly the already known profit figure that is measured by The Profit Formula®, ending up in one item in between i.e. ‘remaining costs all together’ that simply is falling from the sky.

Written by Jan Jacobs. Have you read?

tweet
share on Facebookshare on Twittershare on Pinterestshare on LinkedInshare on Redditshare on VKontakteshare on Email
Jan JacobsJune 15, 2020