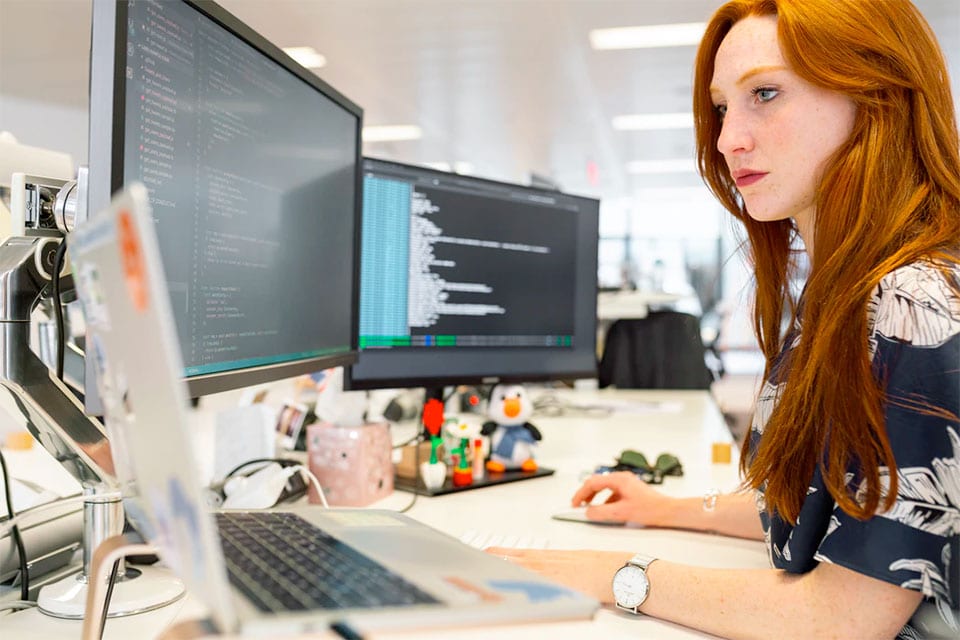 Rust was developed by Mozilla, originally released on July 7, 2010, and designed for highly concurrent and safe systems. The syntax of Rust is similar to C and C++, with blocks of code delimited by curly braces ({}). The emphasis of Rust is safety, control of memory layout, and concurrency.

Although there are a number of operating systems Rust can be used on, chances are you’ll be developing with Rust on Linux, especially for web-based applications and services. So let’s walk through the process of installing Rust on Linux. I’ll show you how to install this programming language on Debian/Ubuntu and CentOS/RHEL. Once installed, you can start your development journey to create world-class applications and services.

The only things you’ll need to get Rust installed are:

That’s it. Let’s install it.

Before we jump into the installation of Rust, let’s update and upgrade our system. Just remember that if the kernel gets upgraded, you’ll need to reboot the machine. Because of this, make sure to run the update/upgrade process at a time when a reboot is possible.

Once you have the time set, you can upgrade the different distributions like so.

Debian/Ubuntu with the commands:

CentOS/RHEL with the command:

If required, reboot and log back into your machine.

Now, we can install Rust. In order to do so, we must first install the curl application. This can be done on the various distributions with the following commands.

With curl installed, download and run the Rust installation script with the command:

Once the installer has downloaded it will automatically run and ask you if you want to proceed, customize, or cancel the installation (Figure 1). 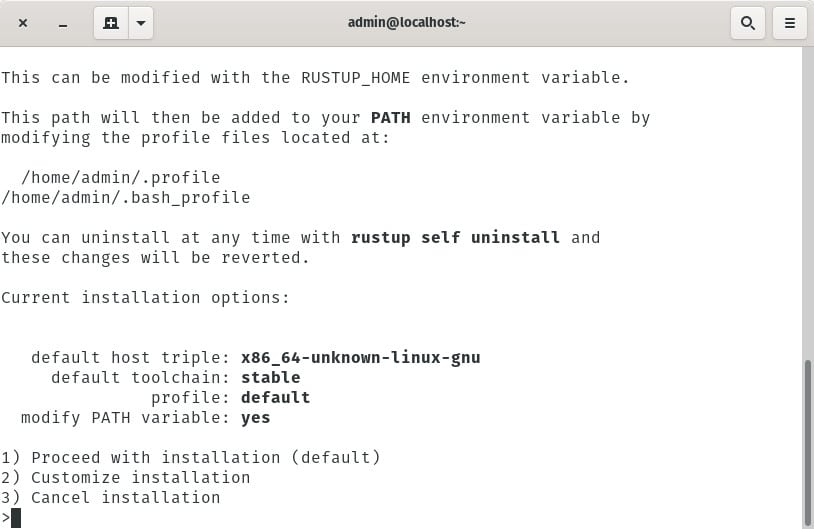 Proceeding with the installation.

You also need to source ~/.profile to use the modified $PATH and ensure your shell will work with the rust environment. Do this with the command:

Once you’ve taken care of that, log out and log back into your machine and verify the rust installation by issuing the command:

You should see the version of Rust printed in the output (Figure 2). 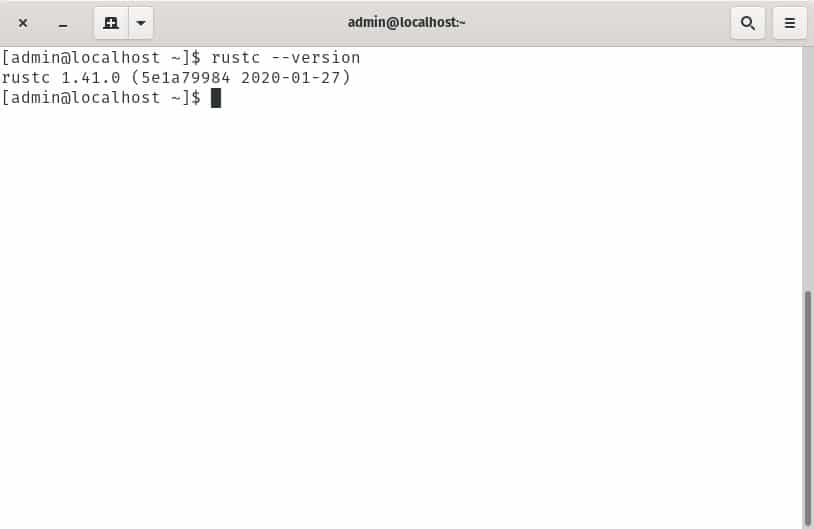 Rust has been successfully installed.

Finally, you’ll need to install the required dependencies for the rustc command. Here’s how you do that on the various distributions.

If you’re an application development company, it’s not enough to just install the programming language. You need to test the Rust installation by creating a simple program. We’ll create the tried and true “Hello, World!” application.

First, create a new directory for the program with the command:

Change into that new directory with the command:

Create a new file with the command:

Paste the following into that file:

Create the Rust executable with the command:

When you execute the application, Hello, World! should print out on your screen (Figure 3).

A successful test of Rust.

And that’s all there is to installing Rust and creating your first program. Congratulations, your journey is just beginning. You’ll soon be creating powerful and helpful applications used by your company or end-users around the globe.

tweet
share on Facebookshare on Twittershare on Pinterestshare on LinkedInshare on Redditshare on VKontakteshare on Email
Ryan MillerJune 10, 2020