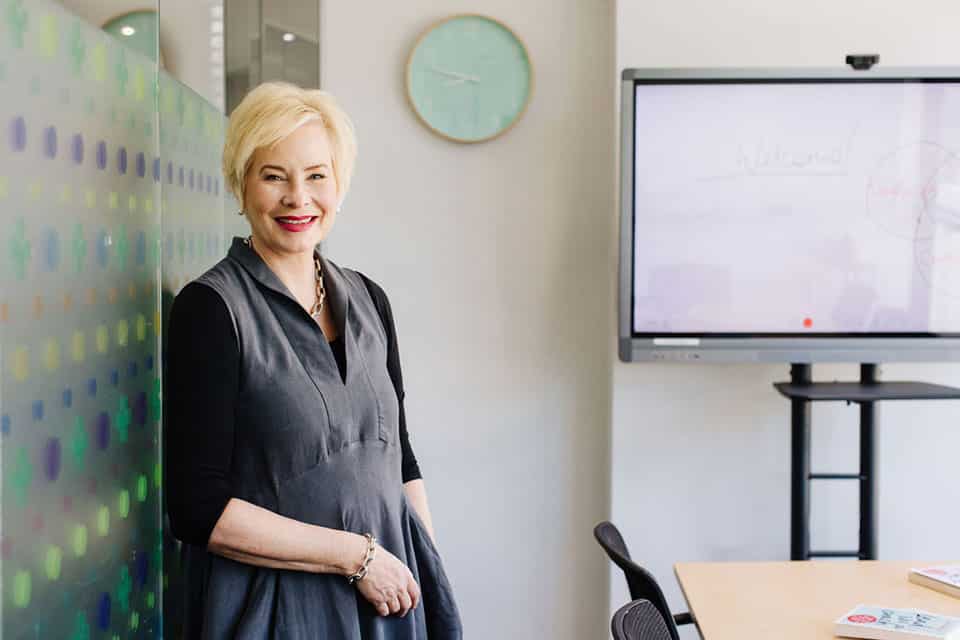 Well before COVID-19 there were significant biases and challenges that disrupted work fairness for women. Women were, and remain, more likely to have their time stolen. And guarding it is not as easy as it sounds. The expectation, often tacit, that women’s time should be spent creating value for others makes their traditional role as supporters not leaders hard to budge. They suffer diminished career payback for their efforts as a consequence.

One of the real dangers in working from home is because it’s ‘at home’, women’s traditional domain, they bear the brunt of both family and workplace transition. They already do 66% more unpaid work and contribute an extra 1.4 months’ work to households each year. And there’s a likelihood that the value of women’s contributions are ‘behind-the-scenes’; out of sight, out of mind.

The social permission women have to say no remains lower than that for men, and working remotely means the avenues for saying it are reduced. When work is distant, interactions become more remote, distraction increases, and emotional connectedness decreases. It’s easier to let it go in the conversational flow.

We expect women to look after the emotional needs of others. In a recent coaching conversation Jill was discussing her boss’ behaviour as significantly more micromanaging, distracted and unsupportive. His anxiety since working remotely was spiking. His increased demands and prevarication were grinding her down.

The extra burden to look after herself in this case meant working out how to help him to meet his emotional needs. Yet whose work is that – his or hers? Well, it should be his, he should be more aware of what’s he’s doing, and its impact.

She shouldn’t have to, yet she should say no to the extra and unreasonable demands. Her male colleagues were experiencing the same burden; it wasn’t that she was ‘being sensitive’. They all noticed it; none of them felt able to say no.

It was Jill who led the discussion with her peers, then the boss: she was the one able to describe the behaviour, name it for what it was. She was also the one who felt like it should be tackled. She could imagine that it would lift the burden on her and her peers, as well as for the boss. That’s the kind of service that many women do without clear recognition for the effort it takes and the costs it incurs.

Women do want to be warm and helpful, they will routinely volunteer to do all sorts of tasks, from making the tea and taking the notes in meetings to supporting others advance their careers. When a man offers to help in these ways, we praise him for his contribution. His help is less expected and much more visible. If a woman declines to help, she’s seen as selfish, when a man does, we think he’s busy.

At work this pattern is invisible to many, including some women. Or it’s carried as an unwelcome burden, because saying no causes conflict.

Not saying no stops strategic work, reflective thinking, development – all the things that are investments in performance and capability for the future. Saying no is a critical skill because time is so precious.

When you are given additional tasks, when you are expected to do the ‘office housework’, to take care of and support your colleagues, stop, reflect on these questions:

If the answer you give yourself is no, then your answer to others ought to be no too. If a bald ‘no’ is a little too confronting, try these suggestions:

Let’s make it clear, we rarely intend to be unfair. If you’re the boss, pay attention to how fairly different kinds of work is shared, notice and recognise invisible yet valuable work and share it around the team.

Written by Dr. Karen Morley. Have you read?

tweet
share on Facebookshare on Twittershare on Pinterestshare on LinkedInshare on Redditshare on VKontakteshare on Email
Dr. Karen MorleyMay 14, 2020