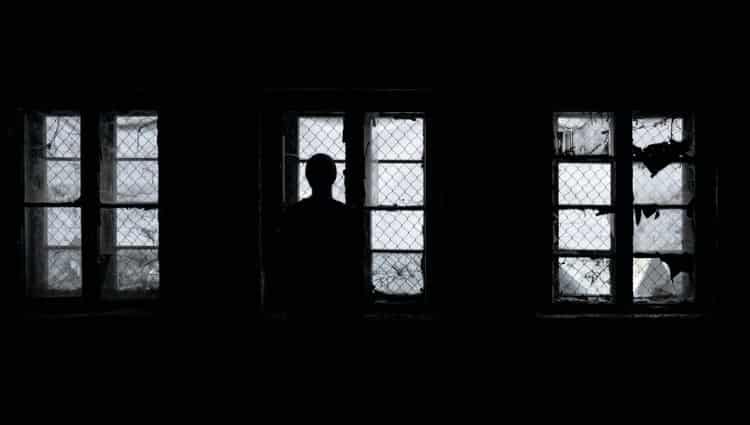 I recently came across a 1984 article written about Mervin J. Kelly, the legendary American physicist whose career with Bell Labs spanned 23 years and multiple positions, from Director of Research to Chairman of the Board and everything in between. Described as a motivator who asked the right questions and found the best people to answer them, he is hailed as the driving force that steered the famed research enterprise into solid-state physics, a novel field of study that resulted in the 1948 invention of the transistor and the semiconductor chip.

The building block for all digital communications, from home computers to space shuttles, its inventors, Bell Lab physicists William Shockley, John Bardeen and Walter Brattain, won the Nobel Prize in 1956. Upon Kelly’s retirement in 1959, he, too, won a top prize, the John Fritz Medal, the highest honor reserved for engineering greats such as Alexander Graham Bell, Alfred Nobel, Charles Kettering, George Westinghouse and Orville Wright.

I was not surprised to read that he began supporting himself at the age of nine delivering newspapers and herding cows. By all accounts, Kelly was the kind of manager who got his hands dirty and worked alongside his subordinates, recognizing promising inventors and inspiring good work. Giving scientists and young researchers alike that fair shot at making their mark became a cultural norm widely embraced, paving the way for great discoveries including the laser and the solar cell, which made communication satellites possible.

It was no different when I arrived on the scene in 1981. Launching my career in telecom as a member of the technical staff, it was one of my superiors who empowered me to think and solve problems beyond my title. We had been working together on a specific project that was not going well, and I suggested we try a different approach but quickly followed with, “I don’t think they are going to let us do it.” He looked at me and asked, “Who are they?” When I told him I did not know, he said, “I believe those are mental blocks you have…voices in your head. I’ll tell you what; you just keep going until somebody tells you to stop.” Nobody has ever told me to stop.

Throughout the nearly four decades I have spent in this industry, I have witnessed and been a part of extraordinary changes, from the breakup of AT&T in 1983 to the ubiquitous use of smartphones. Rising through the ranks from technician to director, executive director, vice president and now president and CEO of iconectiv (which evolved from Bellcore and Telcordia), I have always considered myself a builder rather than a manager. Whether putting together brilliant teams or technology solutions, it is a matter of wanting to improve things by doing better and inspiring others to do the same. This requires confidence in oneself and others, as well as the willingness to take risks, both of which have led to far more successes than failures.

Being raised in New York City has a lot to do with that. It can make or break a person. Of course, there are times when I look back and wonder, knowing now what I did not know then, if I would have done some things differently. I am quick to recall those early years, which has helped me distinguish which voices to listen to—and identify those geniuses within. For example, when it was time to migrate the nation’s Number Portability Administration Center (NPAC) to iconectiv, which the FCC chose as the new Local Number Portability Administrator (LNPA), there was clearly a lot at stake.

It is worth noting the announcement was a surprise to the entire industry, but not to us. I had been working with my teams for more than a decade pursuing the LPNA contract, which had been held by an incumbent that was not only the original builder of the system but had been operating it for 19 years. We had also started deploying number portability solutions worldwide in 1999, country by country, continent by continent, which unlocked choice for consumers and drove innovation in the industry.

No doubt, the U.S. project was an enormous internal undertaking with a tremendous amount of money, time and resources invested. Billed as the largest IT project in U.S. telecom history, we had to build an entirely new system from scratch, write millions of lines of code and conduct thousands of hours of testing and interfacing, all of which required the coordination of 1600 service providers and involvement of countless government and industry stakeholders, law enforcement, marketers and others. To make it even more challenging, there was no Plan B, no do-overs, no margin for error. The transition itself had to be seamless and completed within a few hours in the middle of the night during four highly orchestrated cutover windows.

As the transition date neared, detractors trying to halt the project tried to convince government agencies to order a judgment to stop it. Fortunately, those agencies put their trust in us in the same way I put mine in our team who remained motivated and focused on one singular objective: a successful transition to a secure, modern system that would save the telecom industry hundreds of millions of dollars annually.

Being humbled early in my career by the high level of intelligence that surrounded me, I have never lost sight of the importance in giving everyone in the company the opportunity to ask questions and push assumptions. It is this kind of thought process and leadership that spurs innovation and has enabled iconectiv to keep billions of people connected every day, regardless of the device, the network or the application. The reality is that no matter what is happening in the world, we all still expect the phone to ring, the text to arrive to the right person, the transaction to be completed. iconectiv provides those invisible threads that keeps individuals connected and businesses operating.

Today, particularly in the U.S., there is a tendency to take ubiquitous communications for granted. Back in the day, hearing the phone ring was exciting. Now, with insidious robocalls, many of them initiated by nefarious and hostile actors, we, as a society, have become more cautious and in many cases more suspicious. That is a threat to the financial wellbeing of many businesses. Imagine a doctor’s office that is prohibited by law to leave its patients messages without their expressed written consent, spending hours trying to reach someone who may be ignoring the call assuming it is a scammer.

Think about a bank trying to reach a patron or a school trying to reach a parent. While the challenges may seem daunting to restore consumer trust and help service providers adapt successfully, behind the scenes, the iconectiv team is diligently working to help make trusted communications possible again. From my vantage point, that is yet another challenging and exciting endeavor.

Looking forward and considering the incremental stages and risks taken by a long lineage of problem solvers who have changed the world for the better, I view the role of CEO much like the research institution where I got my start. Paraphrasing former U.S. Secretary of the Department of Energy Steven Chu, who won a Nobel Prize his work at Bell Labs in the early 1980s, the most successful leaders do not destroy a kernel of genius but rather focus the mind by asking the right questions, giving everyone a voice and trusting the best people will come forward with confidence to answer them. More important, they encourage those people to run with their ideas—until someone tells them to stop.

Written by Richard Jacowleff. Have you read?

tweet
share on Facebookshare on Twittershare on Pinterestshare on LinkedInshare on Redditshare on VKontakteshare on Email
Richard JacowleffApril 22, 2020

Richard Jacowleff is Chief Executive Officer of iconectiv. As the authoritative partner of the communications industry for more than 30 years, iconectiv’s market-leading solutions enable the interconnection of networks, devices, and applications for more than two billion people every day. Jacowleff, who is a co-author of a US patent related to distributed data base technology, earned his Bachelor of Science degree in Computer Science from New York Institute of Technology and a Master of Science in Computer Science from Fairleigh Dickinson University. Richard Jacowleff is an opinion columnist for the CEOWORLD magazine. Follow him on LinkedIn.
view all posts