CEOWORLD magazine > The Latest > C-Suite Advisory > Robotics empowering communities in times of crisis: How drones and autonomous vehicles can provide aid without the risk of face-to-face contact 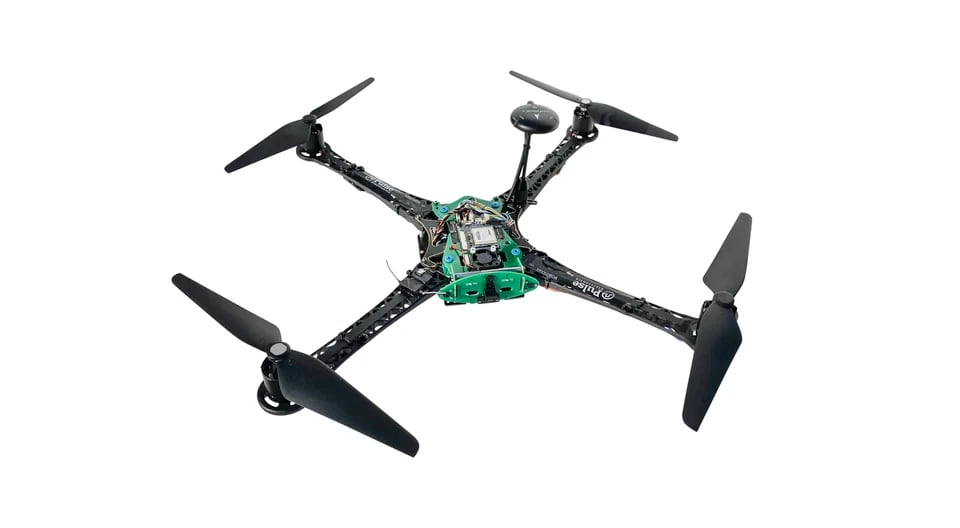 How can drones help bring supplies as we’re social distancing?

Organizations like Zipline have used drones to deliver critical medications to locations in Rwanda for more than a year – whether it’s medication, transporting blood samples, etc.

Discuss your brand’s unique partnerships with Uber Eats and the US Army.

ModalAI has worked with the Department of Defense’s Defense Innovation Unit (DIU) since 2018 on architecture for Group 1 Unmanned Aircraft Systems (UAS). Group 1 UAS typically weigh less than 20 pounds, operate below 1,200 above ground level as speeds less than 250 knots.

ModalAI developed a flight controller for the DIU based on its VOXL platform that uses artificial intelligence (AI) to avoid obstacles, plan mission paths and operate autonomously – all connected via 4G LTE technology. We also built a ground station using 4G/LTE, which enables troops to control multiple UAS in the field. These technologies allow small, light-weight, but sophisticated UAS with secure, long-range communications.

Equipment integrated with VOXL allows armed forces to map the environment, other drones and people while on a mission and avoid obstructions dynamically. Unlike GPS-exclusive systems that can experience signal drop off due to weak or lost satellite connections, a VOXL-based UAS provides armed forces with computer vision-based navigation so they can use their UAS anywhere.

When Uber Eats successfully tested its first food delivery by drone, VOXL from ModalAI was onboard. Affixed to the drone, VOXL used 4G connectivity to communicate between the drone and Uber Elevate Cloud Services, a dynamic, proprietary airspace management system that tracks and guides drone flights to take off, fly and land independently. VOXL provided command and control of the drone and assisted with autonomous navigation of the aircraft and air traffic monitoring via Automatic Dependent Surveillance-Broadcast (ADS-B). It also mapped the progress of the Uber Eats drone so that the pilot-in-command could see the drone on a digital map at all times.

What types of supplies can drones bring to those in need?

In the US, regulations bar drones from traveling beyond visual line of sight. Meaning commercial pilots of Unmanned Aircraft Systems have to keep the drone in view, which limits the applications it can be used. Once a drone can legally fly beyond visual line of sight, long-range deliveries and inspections of railroads become cost efficient. Due to regulatory challenges in the US, backyard deliveries are still not commonplace.

There are so many more commercial opportunities to use drones, yet for the most part, they are limited to visual inspections wherein the pilot can see the drone at all times. Today drones can be used legally and effectively for visual inspections of high-altitude areas such as bridges or rooves of large buildings and warehouses. Drones can get a detailed yet expansive perspective over these vast spaces, keeping people from having to do work at dangerously high elevations. Sending out a drone to do a visual inspection is also a lot lower-cost than using planes and helicopters.

With machine learning already here – can we anticipate drones to ‘remember’ where the most at-risk areas are?

Machine learning requires a lot of data, which for drones means a lot of flights. As flight data is collected, machine learning will provide valuable insight into where it is safe to fly geographically. Today machine learning is being used on the UAS itself to analyze its environment and provide recommendations on how to reach its destination safely and avoid obstacles.

Have drones been used in the past for governmental aid? (i.e. with FEMA in the past).

Police forces across the country use drones for quick deployment of eyes in the sky. AT&T used a drone as a flying cell tower after Hurricane Maria. The Department of Homeland Security frequently uses drones for various surveillance tasks and is looking to expand its capabilities to detect and identify threats beyond just visual inspection.

What is the process to safely produce drones? Is the manufacturing affordable?

Building a drone safely requires flight testing, which is labor-intensive. The ModalAI team flight tests each drone we make in an indoor, protected environment.

For many of our customers, it is crucial that all or some of its drone’s components are made in the U.S.A. Thus, ModalAI brings a lot of value to our customers because we design and manufacture all of our printed circuit board assemblies in Southern California.

Also, the Drone Origin Security Enhancement Act, which is currently making its way through the US regulatory process, requires that all drones used for security and defense applications by the Department of Homeland Security (DHS) be made of components manufactured in the US.

ModalAI’s VOXL Flight platform is compliant with both federal acts.

How much medical supplies, food and packages can one drone deliver at a time?

Drones, like all aircraft, are fighting gravity. A vehicle’s payload capability is proportional to its lift capacity, or how big its motors and battery are. As regulation allows, autonomy will enable a pilot to control multiple drones which will support more deliveries at the same time. That’s why we built autonomy and a PX4 flight controller on one printed circuit board (PCB) to make the VOXL Flight platform. Doing so time to market for drone designers, builders and OEMs.

Chad Sweet, CEO of a robotics and drone brand: ModalAI. Chad Sweet is an opinion columnist for the CEOWORLD magazine. Follow him on LinkedIn.
view all posts