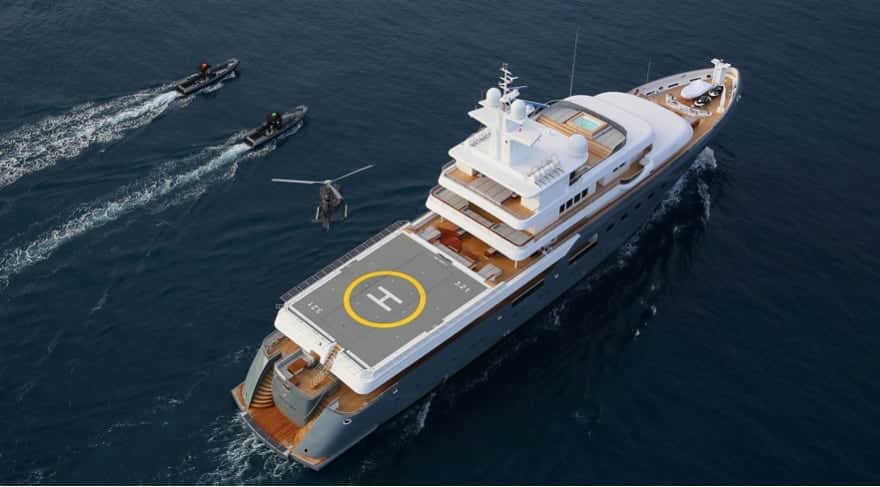 The world’s superyachts are the most opulent, luxurious and downright impressive machines ever built. And coming high on the list of superyacht design features is a helipad. A helipad is the superyacht must-have, allowing owners and guests the chance to explore further and get to and from their yacht quicker.

These air tenders are the next step from traditional tenders, providing the chance to explore remote far-flung corners of the world, or to simply travel in comfort and ease. Helipads come in all shapes and sizes on superyachts, with everything from commercial landing pads to touch-and-go decks. Last but not least, It is worth to mention that even thought someone would assume that helipads can only be accommodated by the biggest yachts, the motor yacht Buckpasser was one of the first to be built with a helipad in the 1980s, and at 36.8 meters she is a long way off the largest on the seas.

Please find below the list with most impressive helipads: