CEOWORLD magazine - Top Stories - Stats Gate - These Are The Most Valuable Players Of NBA, 2020 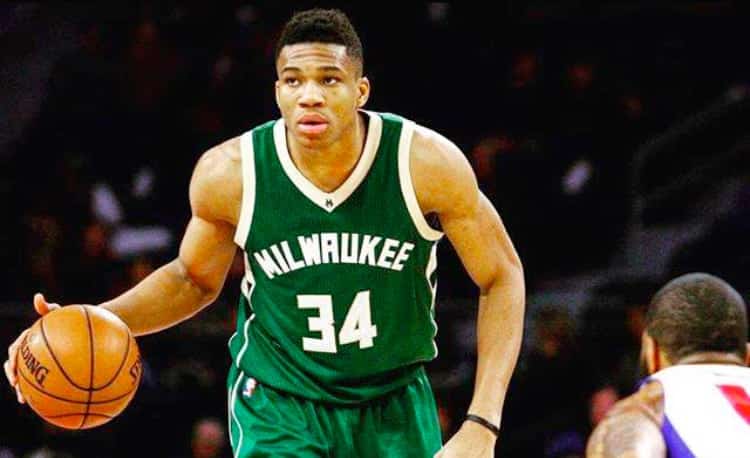 The top US sports channel, ESPN asked 101 media members to vote on the informal MVP of the season, so far. Who they chose for the first place and who follows next?

According to ESPN, Greek Freak Giannis Antetokounmpo is an MVP again, although informally, in a season that has not been completed. The Milwaukee Bucks forward received 48 first-place votes and was the only player to appear on all 101 ballots. Last season’s Most Valuable Player is the early favorite to win the award for a second straight year. Despite wild competition from the likes of LeBron James, Luca Doncic and James Harden, Antetokounmpo has managed to be in the early lead.

James (29 first-place votes, 651 points, named on 100 ballots), Doncic (14 first-place votes, 569 points, 99 ballots) and Harden (nine first-place votes, 444 points, 97 ballots) have produced the individual achievements and team successes that could make any of them favorites in another season. Antetokounmpo, James, Doncic, and Harden complete the top 4 NBA players who separated themselves from the rest of the pack in the eyes of potential voters. It is not surprising to see Antetokounmpo, Harden, and James, who’ve combined to win six MVP awards, among this season’s early favorites.

How did ESPN organize the balloting process? The pool of media members consisted of at least two people from each of the league’s 28 markets, as well as national and international reporters. In the official vote, the NBA polls 100 media members and gives another vote to fans. Each of our voters put five players on their ballot, with players receiving five points for a first-place vote and one point for a fifth-place vote, just like the NBA’s system.

Giannis Antetokounmpo was born in Athens in 1994. He is the son of immigrants from the Lagos of Nigeria who came to Greece in 1991. He has four brothers. He started playing basketball in 2007 and by 2009 he was playing professionally for the youth team Filathlitikos, where Thanasis and Kostas (his brothers) also started playing later. At the same time his brother Francis back in Nigeria became a professional football player. He was selected to the NBA Draft No. 15 on April 4th, 2013 by the Milwaukee Bucks. He celebrated with his brother Thanassis holding the Greek flag and occupying the highest draft position for a Greek NBA player until then.

Starting his life in Milwaukee and receiving his initial financial earnings, he supported his family back to Athens by sending them money. In one of these transactions, he realized that he had sent all his money to his parents and he did not have any left to go to the race his team gave on the same day. So he started running the route to the field until to stop a passerby and take him in his car. After settling in the NBA, the family moved from Athens to Milwaukee. His brother, Thanasis, was also selected to the 2014 NBA Draft by the New York Knicks at No. 51 while Costas, who is their immediate younger brother, plays US college basketball at the University of Dayton and their younger brother Alexis, is a basketball athlete in the US school championships.

Since the summer of 2016, Giannis Antetokounmpo and his brother Thanassis have been active in organizing the Antetokounbros, which consists of demonstration races and friendly games in Greece to promote basketball and broader sports empathy and social awareness.

The NBA Greek star recently had his first child with his partner Mariah.

CEOWORLD magazine - Top Stories - Stats Gate - These Are The Most Valuable Players Of NBA, 2020