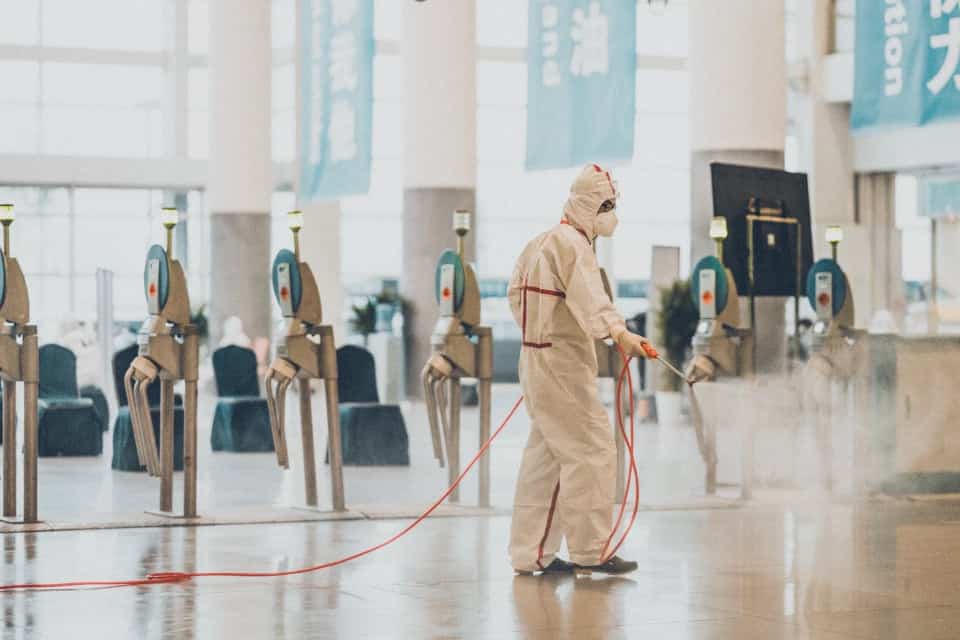 A DECADE AGO, Columbia University’s Mailman School of Public Health found that poverty was the underlying cause of 172,000 U.S. deaths, or 4.5% of total deaths. “Social causes can be linked to death as readily as can pathological and behavioral causes,” states Dr. Galea, the leader of the research team and Gelman Professor of Epidemiology.

Over the past two centuries, aggregate history and empirical evidence have shown that the best anti-poverty program is a multiparty, libertarian-capitalist political economy functioning at full capacity. First introduced by the United States 250 years ago with other nations following suit to varying degrees, this political-economic system lifted hundreds of millions of people worldwide out of poverty and saved millions of lives.

Enter the COVID-19 pandemic. To slow the spread of the virus, public officials had little choice but to shut down major portions of the economy for an indeterminable period. But there is a high cost, not only in the obvious monetary sense, but in lives. Job losses will be in the millions, and the poverty rate will skyrocket. Each day, the damage gets worse and more irreparable. There is a solid argument that the loss of life due to shuttering the economy for weeks, possibly months, will be a significant multiple of COVID-19 deaths.

In the short run, there are measures being taken attempting to stop, or at least slow, people falling into the abyss of poverty. If ever there were a time to aggressively draw on our storehouse of national capital, it is now. The alternative may be a second Great Depression, which is not an overstatement. The total $6 trillion monetary and fiscal stimulus is staggering, both meant to provide short term liquidity to the consumer and businesses, with many small businesses needing it to remain solvent; it is about three times the number thrown at the Great Recession just eleven years ago. But we can afford it. As documented in Understanding National Wealth: The Triumph of the Most Successful Political Economy in History, the U.S. has approximately $150 trillion in assets and a little under $100 trillion in net wealth (assets minus liabilities).

As important as it is, this governmental monetary and fiscal stimulus is only a temporary measure that give business a fighting short-term chance to stay afloat and retain its workforce. If they are not allowed to restart operations, and soon, many will cease to exist, rendering most of these measures impotent.

So here is the dilemma: at what point does the risk of causing widespread poverty out-weigh the risk of containing COVID-19? That is the judgment call confronting national, state and local leaders in the coming weeks. It will be the most consequential judgment they will make in their public life, because lives are literally in the balance and tradeoffs will be made. It has appropriately been described as a war, and in wartime, field commanders make decisions that cost lives to save many more.

President Trump set a goal of Easter. Governor Cuomo of New York has made noise that a protracted commercial shutdown of the state is unsustainable. They will rely not only on medical experts, but social scientists that provide important linkage to other subtle unforeseen forces that are second and third derivatives of this pandemic which will materially increase mortality rates; these voices are just as critical to be heard. And it doesn’t have to be a binary choice. Judgments may be made to power-up certain sectors of the economy to mitigate further job loss; in parallel, intense restrictions to mitigate and triage infection in hot spot areas, such as New York City.

It will be a tricky call. Their political futures and, more importantly, the nation’s future hinges on it.

Written by Richard Smith. Have you read?

tweet
share on Facebookshare on Twittershare on Pinterestshare on LinkedInshare on Redditshare on VKontakteshare on Email
Rich Smith, CPAApril 1, 2020

Rich Smith, CPA has a range of business experience from private development stage start-ups to $300-million public companies. As chief financial officer, he led a successful $132-million initial public offering (IPO) and many private placements to fund and capitalize high-growth companies. Currently, Smith is the Managing Director of an advisory firm specializing in analyzing economic and financial conditions and their impact on financial projections and operations. Smith received his MPhil from Cambridge University and is a certified public accountant (CPA). Rich Smith, CPA is an opinion columnist for the CEOWORLD magazine. Follow him on Twitter or connect on LinkedIn. Got a story idea? Email him: rich-smith@ceoworld.biz
view all posts