CEOWORLD magazine > The Latest > C-Suite Lifestyle > In an Economy Ravished by the Coronavirus, Companies Can Find a Silver Lining through Innovation 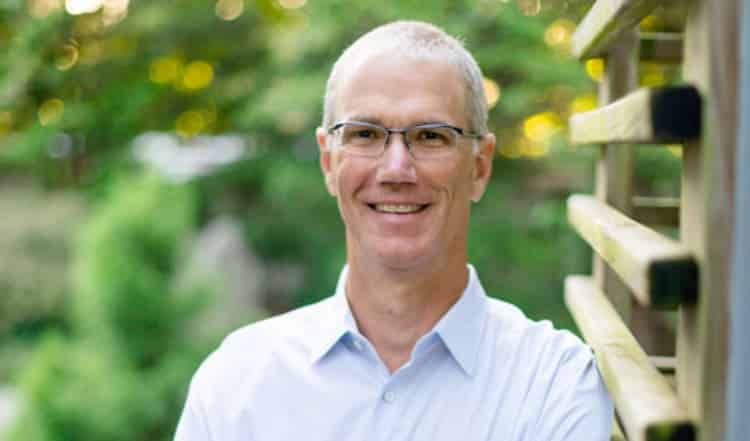 The coronavirus pandemic has created a serious global crisis. Worldwide, containment efforts to halt the spread of COVID-19 have had far-reaching impacts on both the global and local economies.

Expanded travel restrictions have been imposed by many countries, affecting trade and services. In the U.S., several states are requiring that people quarantine themselves or have imposed social distancing measures. Several industries have seen business come to a screeching halt, and the stock market has plunged. Although the travel industry was the first to feel the negative economic effects of the virus, the toll now extends much more broadly. Meanwhile, more than 3.3 million Americans have filed for unemployment benefits.

A crisis causes many unexpected problems — but it also creates opportunities for innovation. Take the Ford Motor Company for example. As the Great Recession hit late in 2007, executive chairman Bill Ford had been trying for several years to focus the company on making great cars instead of being mired in infighting. Then, when the recession hit, Ford chose a radical course. He convinced his family members, who controlled almost 40 percent of the company voting shares, to allow him to pledge the trademarked blue Ford oval as collateral for a financing package to help the company survive. Saving the family legacy took precedence over the internal politicking that had been plaguing the company. His scheme paid off by creating a renewed focus and willingness to take risks that allowed the company to break through decades-old barriers and make real changes.

Ford’s gambit serves as an example of how a crisis can also accelerate innovation. It creates an environment that, under normal circumstances, is nearly impossible to replicate as it removes long-standing boundaries.

Take advantage of these innovation accelerators in a crisis.

1. People realize they have nothing to lose and everything to gain. A crisis changes the risk/reward balance. In most organizations, decisions are based on some type of risk/reward analysis: Is the potential gain enough to outweigh the risk of failure? Under normal circumstances, the challenge for most people is the fear of failure overrules the argument for change. So companies are biased towards avoiding risk. This is to be expected when most organizations reward success and not trying and failing.

But in a crisis, this dynamic shifts radically. The real risk becomes doing nothing. When the status quo breaks down, there’s practically no downside to taking risks, and you’re better off trying something new than avoiding a chance it will fail.

2. A crisis eliminates distractions and pushes people toward a common goal for which failure is not an option. Competing or conflicting priorities are common problems that all organizations face. In most cases, companies allocate equal amounts of attention to each priority, ensuring that every facet of the company is given attention. This enables each priority to continue moving along incrementally, but it limits the potential for breakthrough ideas.

A crisis fundamentally shifts this strategy. When the company’s back is against the wall, you stop spreading your focus and direct all your attention to the problem that really matters. This increased focus is an extremely powerful tool that can give ordinary people the ability to do the extraordinary. That’s especially true when people’s jobs and livelihoods are at stake.

3. Leaders have an opportunity to step up. Companies are filled with managers who have good intentions but often aren’t able to muster the courage to take risks. They’re part of a culture that rewards hitting goals opposed to taking on challenges that might not be possible to solve. They accept boundary conditions as limits on what’s possible.

But you can’t manage your way out of a crisis. You have to lead. It requires staying focused on solving problems. Since problems don’t resolve themselves, somebody has to step up and find a solution.

This crisis will no doubt cause many difficulties for people, but it will also create opportunities for innovation across many industries. This is time for people to take more risks, focus on what really matters, and embrace the opportunity to lead.

Written by Chuck Swoboda. Have you read?

share on Facebookshare on Twittershare on Pinterestshare on LinkedInshare on Redditshare on VKontakteshare on Email
Chuck SwobodaMarch 31, 2020

Chuck Swoboda is Innovator-in-Residence at Marquette University, President of Cape Point Advisors and retired Chairman and CEO of Cree, Inc. He is co-inventor on more than 25 patents covering LEDs and lighting technology, and has over 30 years of experience in the technology business. Additionally, he is an author, speaker and host of the “Innovators on Tap” podcast. His new book is The Innovator’s Spirit: Discover the Mindset to Pursue the Impossible (Fast Company, May 5, 2020). Chuck Swoboda is an opinion columnist for the CEOWORLD magazine. Follow him on Twitter or connect on LinkedIn.
view all posts