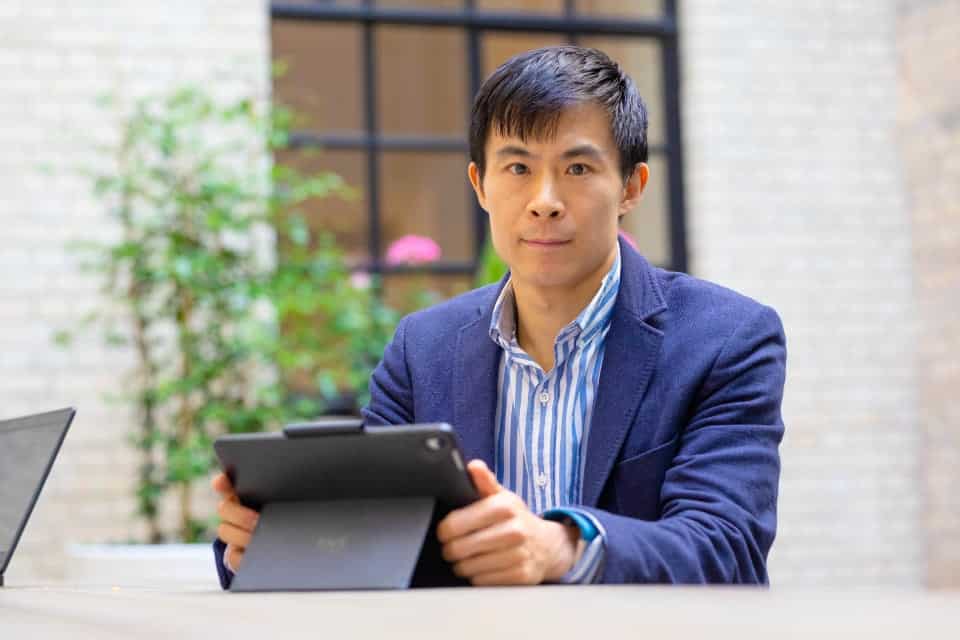 Sustainability is the corporate buzzword of the day.  It was the theme of this year’s World Economic Forum in Davos.  Last August, the US Business Roundtable radically redefined its statement of the “purpose of a corporation” to include stakeholders, rather than just shareholders.  BlackRock chief Larry Fink, in his annual letter to CEOs the last few Januarys, has stressed that their companies must serve wider society.

But do they actually mean what they say, or do as they claim? Critics argue that Davos is more about appearing to do good than actually doing good.  Skeptics speculate that the Business Roundtable made that statement to pre-empt anti-corporate regulation, particularly if a Democrat wins this year’s election.  Cynics claim that Fink’s letters are a response to accusations that index funds are excessively passive and don’t hold companies to account.

So rather than looking at what business leaders say, let’s instead look at the evidence.  Do businesses that create value to stakeholders also generate profits for investors? Because only then will they have an incentive to move beyond a statement and genuinely deliver value to society.

The evidence is indeed what I gather in a new book, “Grow the Pie: How Great Companies Deliver Both Purpose and Profit”.  It presents the results of multiple studies – spanning industries, countries, and decades – on the long-term performance of companies with strong stakeholder performance, be it on employee well-being, customer satisfaction, or environmental stewardship.  They find that such companies typically outperform – and that it’s serving society that leads to profit, rather than profit allowing a company to serve society.

The implications for business leaders are profound.  Conventional wisdom is that the value that a company creates can be represented by a fixed pie.  A CEO’s goal is to maximise the slice of the pie that goes to investors (profits). If the pie is fixed, this is achieved by minimizing the slice that goes to society – by holding down wages, price-gouging customers, or paying scant attention to the environment.  Applied to sustainability, this pie-splitting mentality would suggest that it should be limited to eye-catching PR statements and greenwashing, rather than genuine change which would be costly to shareholders.

But the evidence suggests that the pie is not fixed.  By investing in stakeholders, a company isn’t simply frittering away profits; it grows the pie, ultimately benefiting investors.  These results imply a new approach to business, the pie-growing mentality.  A company’s overriding objective should be to create value for society.  It’s important to stress that profits remain important – companies aren’t charities – but they’re earned as a by-product of serving society rather than the end goal in itself.

Why is this a better approach to business rather than pursuing profits directly?  A profit-focused company will still invest in stakeholders – but only if it calculates that such an investment will increase profits by more than the cost of the investment.  Indeed, comparing costs and benefits is how finance textbooks argue companies should decide whether or not to take an investment.

But real life isn’t a finance textbook.  In practice, it’s very difficult to calculate the future payoff of an investment.  In the past, this was easier when investments were in tangible assets – if you build a new factory, you can estimate how many new widgets the factory will produce and how much you can sell them for.  Most of the value of a 21st century firm comes from intangible assets, such as brand and corporate culture.  If a company improves working conditions, it’s impossible to estimate how much more productive workers will be, and how much higher profit this greater productivity will generate.  A company that’s free from the shackles of having to justify every investment by a calculation will invest more and may ultimately become more profitable.

So how does a company put this into practice and actually “grow the pie”?  The starting point is to define its purpose – why it exists, its reason for being, and the role that it plays in the world.  Purpose is the answer to the question “how is the world a better place by your company being here?” Importantly, a purpose should be focused.   Many companies have broad purpose statements, such as “to serve customers, colleagues, suppliers, the environment, and communities while generating returns to investors,” because they sound inspiring.

But a purpose that’s all things to all people offers little practical guidance because it sweeps the harsh reality of trade-offs under the carpet.  Leaders need to make tough decisions that benefit some stakeholders at the expense of others. Closing a polluting plant helps the environment but hurts employees.  A focused purpose statement highlights which stakeholders are first among equals to guide such a trade-off. And evidence highlights the criticality of focus. Companies that do well on societal dimensions across the board don’t beat the market.  But those that do well on only dimensions material to their business – and scale back on others – do significantly outperform.

Of course, a purpose statement isn’t sufficient – it needs to be put into practice.  CVS didn’t just rename itself “CVS Health” but stopped selling cigarettes – even though they were a $2 billion revenue stream – because they were inconsistent with its purpose of “helping people on their path to better health”.

Crucial to putting purpose into practice is to reform a company’s incentive structure.  While the evidence shows that companies that create value for society also deliver greater returns to investors, this is only true in the long-term.  In the short-term, the pie is indeed fixed – investing in stakeholders does eat into profits.

This has important implications for pay reform.  Existing focus is on lowering the pay ratio between CEOs and workers.  But that’s based on the pie-splitting mentality – the idea that high pay for the CEO is at the expense of employees.  Instead, it could be a result of generating long-term value for all of society. How can we be sure that this is the case?  By ensuring that the CEO is only paid according to long-term performance – for example, by paying her with shares that she must hold for 7 years.

Indeed, research finds that long-term executive pay schemes have a positive causal effect on future profitability, innovation, and several measures of stakeholder value – the value a company delivers to customers, the environment, communities, and in particular workers.  So the best way to reform pay to benefit society is not to split the pie differently – cut the CEO’s pay and redistribute it to everyone else, but incentivise her to grow the pie. When the CEO is paid according to the company’s long-term value, she has incentives to create long-term value by investing in stakeholders.

An important advantage of shares is that they can be given to all employees as well.  While growing the pie is important, the division must also be fair. If the firm succeeds, it’s not just down to the CEO – workers contributed substantially also.  If they are given shares, they’ll benefit from a larger pie, rather than all the gains going to executives. Indeed, evidence shows that broad-based equity plans improve company performance.

Leaders of today’s companies are in a privileged position, as technology and their global reach give them more power to create social value than arguably ever before.  But they can also use their power instead to focus exclusively on profits and reduce their concern for society to lofty, albeit eye-catching, statements. Yet rigorous, large-scale evidence reaches this conclusion: To reach the land of profit, follow the road of purpose.

Written by Alex Edmans, author of the forthcoming book called Grow the Pie: How Great Companies Deliver Both Purpose and Profit.
Have you read?

tweet
share on Facebookshare on Twittershare on Pinterestshare on LinkedInshare on Redditshare on VKontakteshare on Email
Alex EdmansMarch 31, 2020

Alex Edmans, BA (Oxford) PhD (MIT), is Professor of Finance at London Business School and author of Grow the Pie: How Great Companies Deliver Both Purpose and Profit. Alex Edmans is an opinion columnist for the CEOWORLD magazine. Follow him on Twitter or connect on LinkedIn.
view all posts