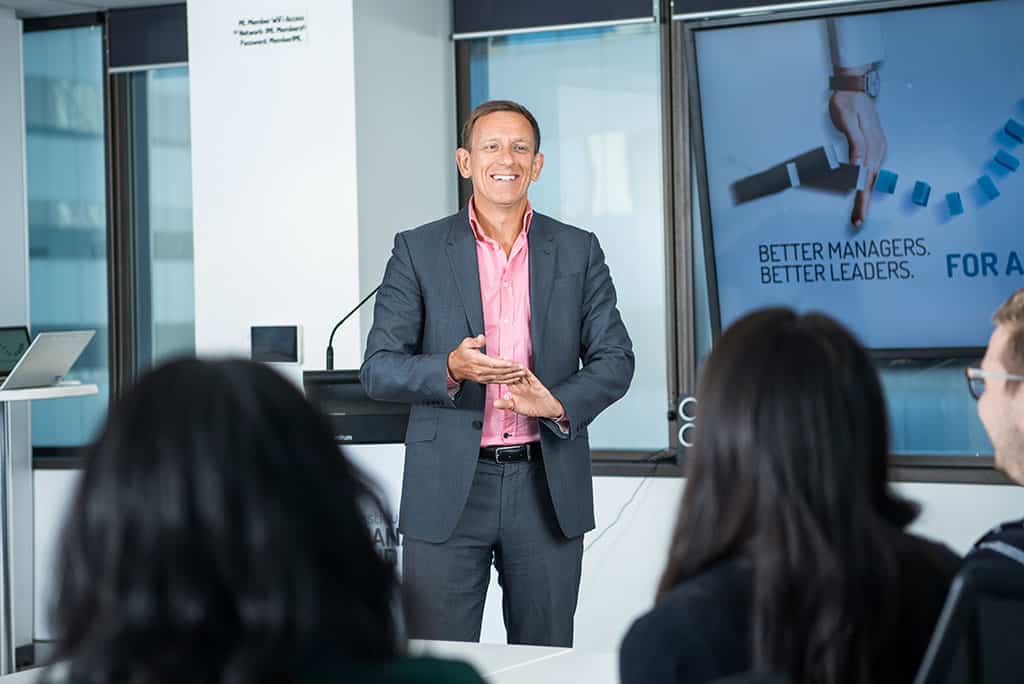 When it comes to building leaders, there is an inundating stampede of advice from out there encouraging aspiring professionals to act on their impulses. Every Silicon Valley entrepreneur, auto-biographing politician, and overnight success story inspires leaders to take a leap of faith, be brave, break rules, conquer whatever fear is holding them back. But this all misses the point of leadership, and if you were an unsuspecting emerging leader guiding your professional growth with only these recommendations, I foresee that your leadership will fail. Good leadership is just as often about what you don’t do, as what you do.

When I’m not leading my organisation, I’m a keen runner. I became one because running lies at the core of my own personal resilience plan. When I started out, it was something I did to manage my stress and look after myself. As it became part of my wellness routine, I’ve found that it is now, in fact, an excellent opportunity for me to reflect and take stock.

Although I’m attached to running, I’m not really attached to any brand of running gear. I wear just about everything – Nike, Adidas, Mizuno, anything really. That said, I admit to having a secret love for the Nike motto – ‘Just do it’. Having spent a fair bit of time in marketing in my career, I reckon that whoever came up with that tagline absolutely nailed it.

Those words made me realise that during pivotal management and leadership moments the most appropriate tagline should be the anti-Nike slogan. ‘Just don’t’ do it’. It’s simple, punchy, to the point and – crucially – it sums up in four short words why leadership fails.

Think of the worst example of leadership you can. Take Harvey Weinstein. While the Weinstein case was unfolding how many of us read the disgusting litany of his crimes and misdemeanors and thought (or shouted); “What the hell was he thinking?”. But when it’s broken down and analysed, Weinstein was someone in a leadership position as head of Miramax. He had money, power – everything. And he chose to use that money and power to rape and abuse women. There would have been a moment in his career – way back – a ‘crossroads moment’, when he was faced with a choice. Right or wrong. Just do it. Or just don’t do it. He made his choice, and hopefully the judge throws the book at him for making that choice.

I believe that every single example of poor management and leadership, every single incidence of harassment and bullying, of inappropriate behavior and unethical conduct is preceded by a crossroads moment. And poor leadership results when the leader chooses to ignore that voice (however quietly it whispers) saying, ‘Just don’t do it’.

A CEO I worked for some time ago was conducting multiple inappropriate relationships at work. He knew it was the wrong thing to do. He knew that as a leader he should behave better. But he did it anyway and it destroyed the culture at the organisation. He chose to ignore the voice that said, ‘Just don’t do it’.

The leaders in the banking sector whose unethical behavior was illustrated by the banking royal commission, they each chose to ignore the voice that said, ‘Just don’t do it’.

The bullying leader in your company right now. He knows he’s a bully and he’s chosen at some point to ignore the voice that (once) said, ‘Just don’t do it’.

So, what’s the answer to this? Where does this seemingly simple analysis lead us? Managers and leaders need to do much more reflecting and taking stock. They need to stop and think and resolve to be different and do different. They need to hold a mirror up to their faces (metaphorically) and say, ‘If what I’m doing or thinking of doing was on the front page of the newspaper or my Facebook feed, how would that look? How would I look?”.

Managers and leaders need to go for a long run in the morning as the sun is coming up, and as they’re running, they need to listen to that voice that is saying, ‘Just don’t do it’.

share on Facebookshare on Twittershare on Pinterestshare on LinkedInshare on Redditshare on VKontakteshare on Email
David PichMarch 18, 2020

David Pich is the co-author of Leading Well: 7 attributes of very successful leaders and the Chief Executive of the Institute of Managers and Leaders Australia and New Zealand (IML ANZ). David's leadership career spans a range of senior executive roles in sales, marketing, PR and consulting for a number of global companies and in the not-for-profit sector. David advocates passionately for sound management and leadership practice and strongly believes that good leaders have an impact well beyond the workplace. David Pich is an opinion columnist for the CEOWORLD magazine.
view all posts

Are You Ready to Hit the Reset Button on Accountability?

Leo BottaryC-Suite AgendaSeptember 15, 2020
In recent weeks, during one of my CEO Peer Group workshops, I encountered a CEO (let’s call him Peter) who...

Greg ShepardC-Suite AgendaSeptember 11, 2020September 11, 2020
These are chaotic times for businesses of all sizes, with supply chains disrupted, online buying through the roof, and foot-traffic...

One Woman Can Change the World

Professor M.S. Rao, Ph.D.C-Suite AgendaSeptember 11, 2020
When you look at Rosa Parks, she was one woman who refused to give her bus seat to a white...

NOTHING BUT BLUE SKIES: Pioneering a new business model to increase the adoption of electric vehicles

Alf PoorBusiness TransformationC-Suite AgendaSeptember 9, 2020September 10, 2020
The U.S. was the first country to implement standards for greenhouse gas (GHG) emissions and fuel economy in 1975 with...