CEOWORLD magazine - Top Stories - Business Luxury Lifestyle - What CEOs can Learn from the NBA: The Role of a Role Model. 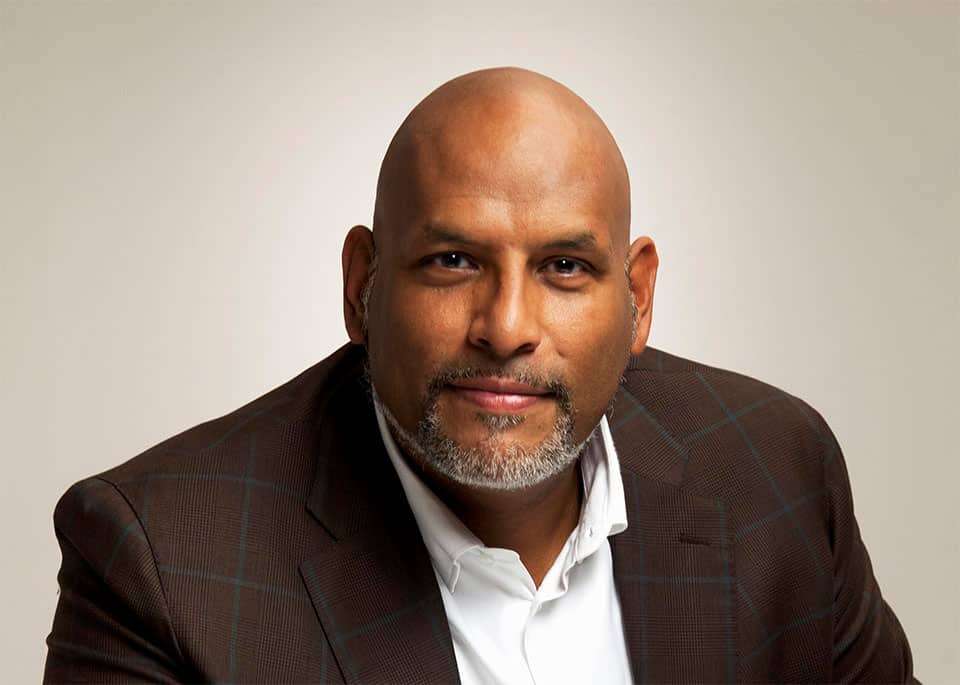 Having worked with over 40,000 people nationally and internationally, what is abundantly clear is the critical importance of role modelling. I distinctly remember my mentor, a former Floridian trial lawyer (now sadly passed) who offered great leadership advice as I was to embark on my first team leader role whilst a lawyer. “Always remember” he said, “that the children of your team will know your name, in what context is up to you.”

That memorable advice was included in my recent book ‘The Leader’s Secret Code’ (co-authored with Mills, Ridley & Laker) which worked from the simple premise; as you believe, so you will behave, and as you behave so you will perform.

One of the original ‘iconics’ interviewed for the book was John Amaechi, psychologist former NBA player and ‘Everyday Jedi’. He recalled during our initial interview, a time when he was training in the gym with his former NBA team. He remembers that as he could feel himself starting to take things easier, one of his coaches whom he admired greatly, discreetly tapped him on the shoulder and whispered, ‘You’re always being observed.”

Today, as John works with leaders across sectors and geographies, he often recalls the coach’s remark. “A good leader recognises that he or she is constantly under scrutiny,” he said, “and everything they do matters.”

It was therefore time to go back and chat with John.  As always, I am inspired and slightly intimidated by the photo of John and President Obama on his shelf, but quickly, we begin chatting about how his NBA experience might translate to the c-suite.

John begins with a clear caveat. “It isn’t as simple as looking at sport and thinking they have all the answers – or indeed that all or any of the answers they may have will translate practically or metaphorically to the world of business. I think we need to be sure not to pander to ‘the corporate athlete’ myth of the c-suite – I find it’s most often used as an excuse for being talented but toxic.” 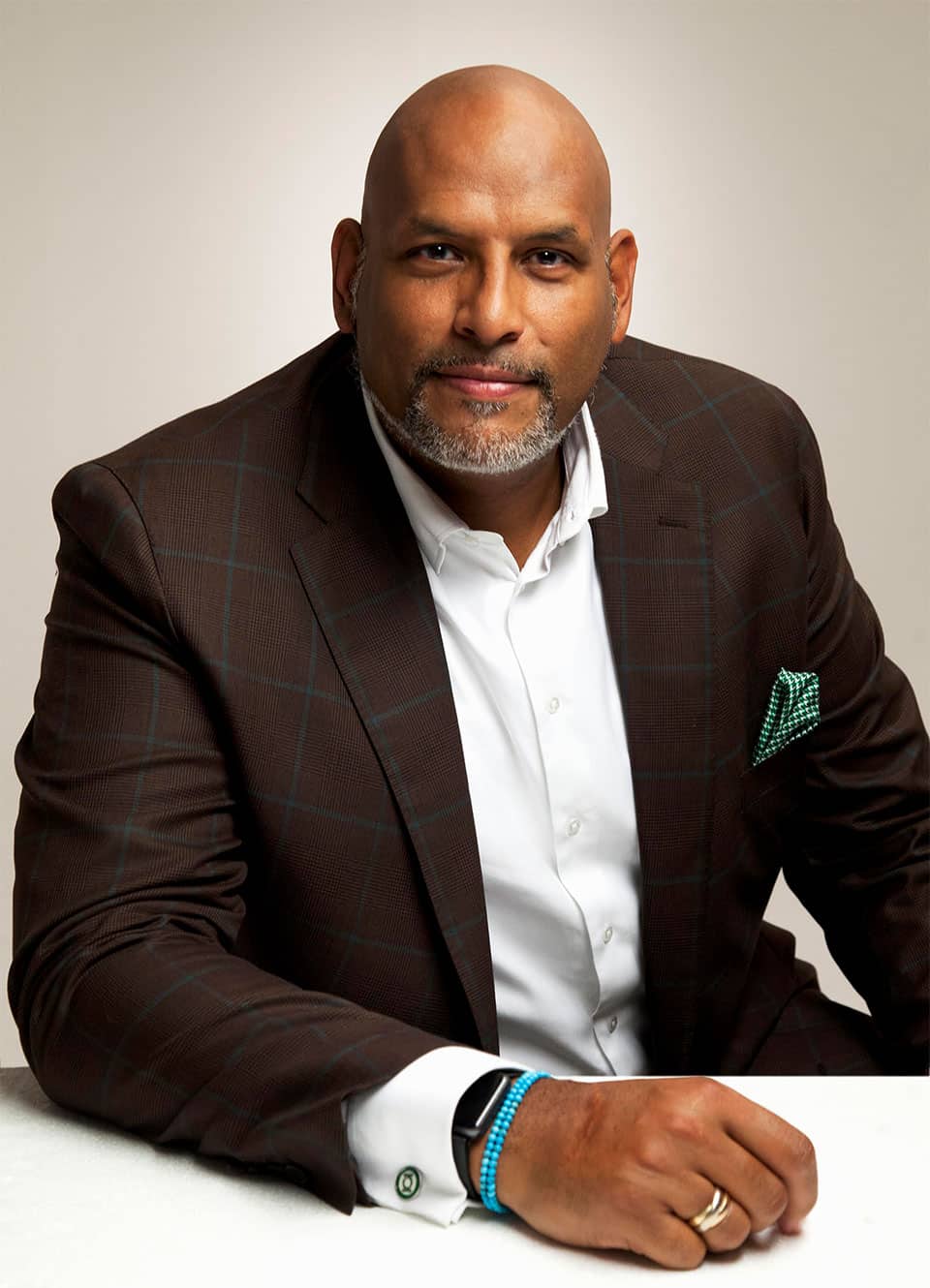 As an outsider and avid sports fan, I ask john about the invisible lessons of sport. “Where sport has something to offer CEOs is mostly in what they DON’T see”, John remarks.

When prompted, John continues. “You don’t see the way that the best coaches are intensely, interpersonally and authentically connected with athletes who are often COMPLETELY different than them through their experiences from childhood, through education, race (and gender in the common case of male coaches of WNBA teams). This is not the case for many CEOs who manicure teams that not only think like them, but visually resemble them too.”

I asked John about his thoughts on the individual leader. “Leadership is all about personal exertion,” he said, “not infrastructure.” He went on to suggest that for most organisations, “personal comfort of senior or influential people, or at least the avoidance of personal discomfort of those individuals, trumps organisational performance.”

In other words, leadership actions will determine organisational performance every time.

I mention to John the work we do with leader’s around congruence and the ‘shadow’ leaders cast throughout the organisation.

“In the NBA, congruence is a key leadership and teaming trait – saying what you mean and doing what you say. Bluster and primping are for the camera, not for teammates or coaching staff. Being able to rely on each other in a game does not end there… in great teams, everyone has a role on the court and another beyond it. Sometimes that may be more nebulous, but still tangible, like the guy who is “comic relief’ in the dark times to people like me who were de facto therapists.”

A core question that many c-suites consider is around the impact or effectiveness of their role. John quickly recounts, “What CEOs measure is as much about what they notice as what they actively care about (or indeed don’t care about); In basketball, everything gets measured. I remember seeing an opponent’s scouting report that (correctly) stated that I went left 78% of the time! Great coaches know that what they show they care about, must be validated – if they say they care about team play but are happy and unchallenging when it’s absent, then the rot of selfishness sets in quickly.”

“What of the intangibles?” I ask.  “Coaches and athletes lose their job at a much faster rate than a CEO if they fail, yet I’ve seen people valued for their intangible contributions in the locker room.” John immediately provides me an example, “I remember the coach who ‘crowded in’ a rookie next to my locker – a sign of disrespect I thought, but I was told explicitly, that I was needed as a calming influence for this player to be able to achieve his potential. Something I’m not sure I had recognised about myself to that point.”

Leaders must also consider and act to support their teams. John’s phrase for this is “taking a bullet.” I ask for an example. “I remember Doc Rivers, my coach in Orlando. We were on a team with no superstars, but a true team, early in my first season where we got NO respect from the referees. One game I was being absolutely manhandled and no fouls were being called. Doc called a time out. Told me he saw my frustration and said, ‘I’ve got your back’. Seconds into the next play, I get hacked – no call. Doc stormed out into the court, fingers in the faces of the referees, got one technical foul and then a second making sure everyone in the arena and on TV knew that he was protesting the ‘no calls’. He was fined $50,000 for that ejection. The rest of the season I got calls – was second in the league at what they call ‘drawing fouls’ because my boss had my back in a truly tangible way.

John has many vivid experiences of his colourful career to date, many of them built on international experiences. With that, he leaves me in no doubt as to a core lesson for modern day leaders. “Leadership is energy expensive and learning takes effort. It is entirely worth it if you want to emanate an environment around you that allows people to deliver optimally.”

CEOWORLD magazine - Top Stories - Business Luxury Lifestyle - What CEOs can Learn from the NBA: The Role of a Role Model.

tweet
share on Facebookshare on Twittershare on Pinterestshare on LinkedInshare on Redditshare on VKontakteshare on Email
Adam PacificoMarch 3, 2020

Adam Pacifico is the co-author of The Leader's Secret Code: The Belief Systems That Distinguish Winners, Chief Learning Officer at PCA and a barrister. Adam Pacifico is an opinion columnist for the CEOWORLD magazine. Connect with him on LinkedIn.
view all posts