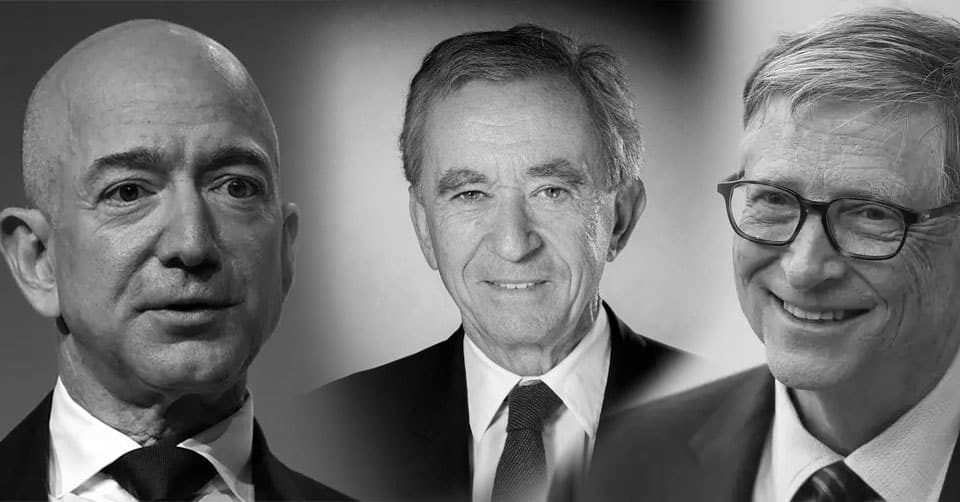 With a net worth of roughly $116 billion, Jeff Bezos, the founder, and CEO of Amazon is the wealthiest person in the world, followed by Microsoft entrepreneur Bill Gates ($110 billion), the luxury goods titan Bernard Arnault ($88.3 billion); and Warren Buffett ($88.2 billion).

Mark Zuckerberg is the fifth-richest person in the world, with $72.7 billion. Amancio Ortega ranked 6th with a personal wealth of $66.8 billion, followed by Larry Page with $63.6 billion.

The CEO of Amazon, Jeff Bezos, was the world’s richest man with an estimated net worth of $116 billion. The 55-year-old CEO of Amazon launched the retail giant in 1994 after leaving his New York hedge fund job. Bezos also owns a private space company Blue Origin and purchased The Washington Post in 2013 for $250 million.

Julia Flesher Koch has been crowned the world’s richest woman with a fortune of $56.4 billion. Francoise Bettencourt Meyers ranked second with a personal wealth of $54.3 billion, followed by Alice Walton with $49.7 billion, Jacqueline Mars ($40.5 billion), and MacKenzie Bezos ($37.5 billion). Alice Louise Walton is the only daughter of Walmart founder Sam Walton.

share on Facebookshare on Twittershare on Pinterestshare on LinkedInshare on Redditshare on VKontakteshare on Email
Anna PapadopoulosFebruary 28, 2020