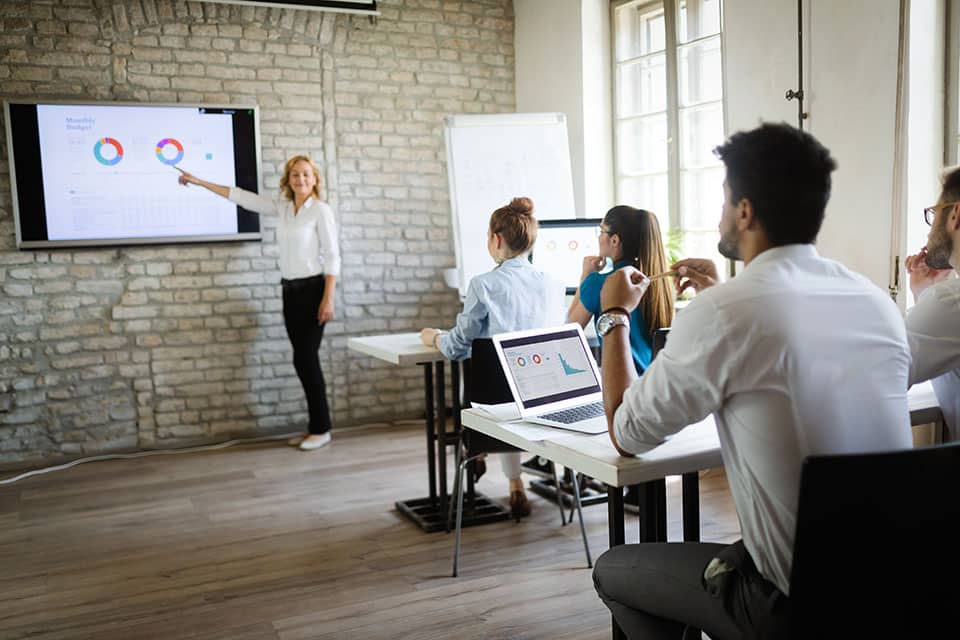 Look around you. What do you see? Do you have as many female employees as male employees? What about senior management? What’s the ratio in terms of the sexes? Furthermore, how well are minority groups represented in your organization and your leadership team?

And, beyond the workforce, have you considered your company’s board of directors? Are there any women at all? Any minorities?

These are vital questions every CEO should ask. And if your organization is lacking in diversity it’s time to seriously consider doing something about it.

But because there are sound business reasons for doing so.

One McKinsey study of 180 publicly traded companies in the US, UK, France, and Germany, for instance, found that those whose executive boards had the most diversity had ROEs 53 percent higher than those that were the least diverse. Earnings before interest and taxes were 14 percent higher.

Another McKinsey report found that companies that focus on racial and ethnic diversity are 35 percent more likely to generate above average financial results while those who concentrated on gender diversity see 15 percent improvement.

As McKinsey states, “We live in a deeply connected and global world. It should come as no surprise that more diverse companies and institutions are achieving better performance. Given the higher returns that diversity is expected to bring, we believe it is better to invest now, since winners will pull further ahead and laggards will fall further behind.”

Diversity in the boardroom has been in the news recently since Goldman Sachs made headlines with its announcement that it will refuse to take a company public unless it has a minimum of one woman or non-white board member.

Goldman Sachs CEO David Solomon told CNBC, “We might miss some business, but in the long run, this I think is the best advice for companies that want to drive premium returns for their shareholders over time.”

The move follows a benchmark 2019 study showing that about 60 percent of the most heavily venture-backed companies did not have a single female board member. Only 7 percent of board seats were held by women.

The research conducted by Crunchbase, Him for Her and Northwestern University’s Kellogg School of Management analyzed two hundred private companies each backed with close to $100 million or more or valued over $500 million.

Other research, published in Journal of Empirical Finance, shows that companies with diverse boards make better acquisition and investment decisions and are less likely to engage in aggressive risk-taking. The study of more than 1,600 US companies over a fifteen-year period suggests that’s because having women on the board helps temper the “overconfidence” of male CEOs! In a separate study, of more than five hundred companies, the same researchers found that in times of economic crises firms that do not have (sufficient) female board representation suffer a greater drop in performance.

Goldman Sachs is by no means the first to “lay down the law” regarding the need for diversity. In late 2018, the state of California implemented legislation stating that all California-based public corporations must have a female on their boards by the end of 2019. They also mandated that by the end of 2021 corporations with five directors must have two women and if companies have six or more directors three of them must be women.

To my mind, the California law makes more sense. Having just one woman member of a board (or one minority) not only smacks of tokenism, but also might make it more difficult for that individual to vocalize alternative viewpoints.

Diversity at board level has been a long time coming. A Harvard Business School and University of Virginia Darden School of Business survey of more than 5,000 board members in more than sixty countries showed that companies with greater gender diversity enjoy higher R&D intensity, secure more patents, and are more innovative.

Yet, the survey conducted between October 2015 and June 2016, revealed that in the US 40 percent of public companies and 55 percent of private companies did not consider a single women candidate when filling a board seat. One can only hope that the percentage has improved in the last four years.

But the maintenance of an “old boys club” is still apparent. In this study, some 31 percent of men appointed to boards already knew the CEO compared with 23 percent of women. Meanwhile, women were more likely to have joined the board through an executive search firm (36 percent of women directors versus 30 percent of men), prompting one director to comment, “Men can do it through (their) network, (but) women need to prove ability through qualifications or experience.”

I venture to suggest that forward-thinking CEOs can play a role not only in recruiting more diverse talent throughout the ranks but encouraging boards to increase gender (and minority) representation as evidence suggests it can only improve company performance.

A corporate culture that embraces diversity means your company is in sync with the market you serve. True diversity, of course, means bringing together different genders, races, cultures, sexual orientations, age groups, life and work experiences and, not to be forgotten, people who just think differently. You need to include, not exclude. Diversity not only generates an atmosphere that encourages open-minded creativity and innovation, it also drives bottom line results. Diversity is a cornerstone of maximum productivity, innovation, and overall corporate success.

And diversity should start at the top—the very top.

tweet
share on Facebookshare on Twittershare on Pinterestshare on LinkedInshare on Redditshare on VKontakteshare on Email
Jason RichmondFebruary 27, 2020