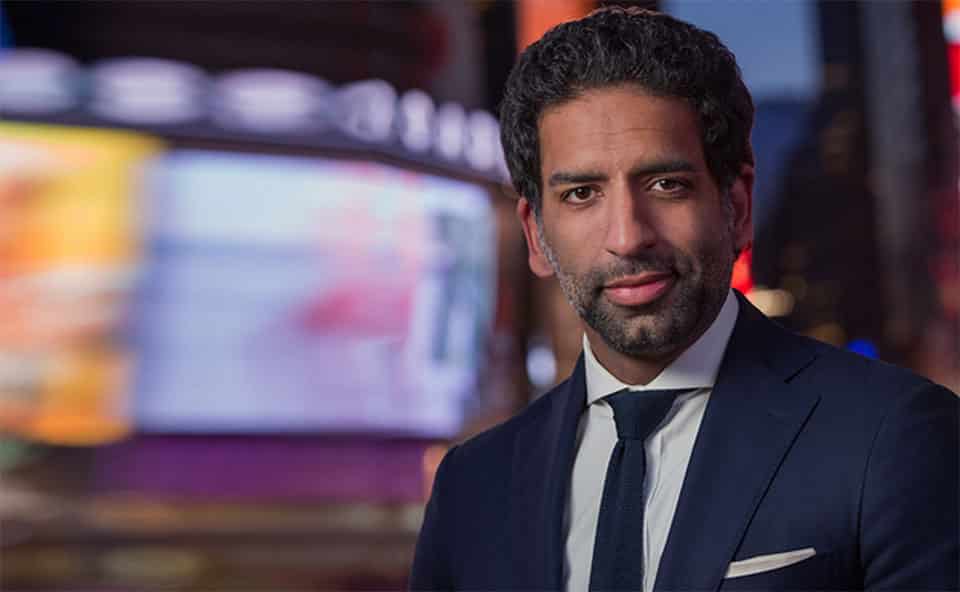 Omeed Malik is the founder and CEO of Farvahar Partners, a boutique investment company that provides partner capital to growing businesses, while also assisting their clients with service such as advisorship, investment banking, and capital raising. Prior to starting his company, he held various positions within the finance world including senior vice president at MF Global and managing director at Bank of America Merrill Lynch. Holding substantial experience within both the private and public sector, Malik is a frequent contributor on Fox Business and also recently moderated a panel at the international SALT leadership forum in Abu Dhabi.

After working in the public market, what inspired you to begin investing privately?

The private market has been growing exponentially. The amount of publicly traded companies in the United States maxed out over two decades ago in 1996, and today we’re down about 50% from that point. There are a variety of factors that have contributed to this, both macroeconomic and regulatory. The Sarbanes-Oxley Act of 2002 and the JOBS Act of 2012 were extremely influential to this point, along with additional capital coming from the Middle East and Asia being fueled into private businesses during that same period of time.

For most of my career I have worked within the public market, but within the past five years or so I really started to see the growth of private pre-IPO trading, and it certainly intrigued me. Companies like Ring, WhatsApp, Harry’s — these unicorns were making some great strategic moves and getting acquired because of it. On the other side of it though, I could see that a lot of these private companies were getting overwhelmed with the speed of their growth and were making costly mistakes because of it. In that I saw a window of opportunity to help, not only in initial stage venture capital and late-stage investment capital, but by also advising these young companies in navigating the murky waters of the market before a public offering.

Recently, there have been talks of excessive valuation within the private market. Do you agree with such allegations?

Well there’s no doubt the private market had gone a bit frothy, but there’s been a correction and a bigger emphasis has been placed on path to profitability than was previously done. Essentially, companies that had high valuations in the private market were found to be buying growth upon disclosing their financials in advance of their IPO. For example, the company WeWork had reached a valuation of $47 billion, but upon scrutinization of it’s finances and leadership, the valuation declined rapidly to less than $10 billion.

However, rather than see this as a cautionary tale on the dangers of private investments, I see it as an indication that the checks and balances within the capital market are working. Had WeWork been able to go public with its inflated valuation, there was a potential for retail investors at a non-professional level to be hurt by the failure in the process. But once there were necessary disclosures around corporate governance and financials, it stopped. I am of the opinion that in the private market, it is the responsibility of the investor to do their due diligence before making an investment, and if they don’t, then perhaps they deserve to lose their money.

What are some unicorn companies you are excited about?

I was just in Abu Dhabi for the SALT conference, and the panel I moderated truly had a great group of leaders that managed to get me quite excited about their companies. The thing that interested me most about all of them was their focus on B2B (Business-to-Business). In terms of B2B for larger corporations, Ben Hindman with his company Splash provides event marketing software to huge entities like Facebook and Spotify, and Cheih Huang’s company Boxed services every major airline in the United States with bulk quantity goods. On a smaller scale, Electric headed by Ryan Denehy outsources IT support for businesses that don’t have the need/resources for their own in-house department, and Dan Teran who founded Managed by Q powers office operations for about 1700 companies worldwide.

These companies haven’t reached the billion-dollar valuation to make them “unicorns” yet, but in all of the cases these companies were started because they saw a problem or hole in the market and were able to devise a profit-driven solution. Due to the 2012 Jumpstart Our Business Startups (JOBS) Act, companies like theirs will be able to stay private longer. Whereas before having more than 500 investors would have triggered the need for public filings, after the passing of the act that number was increased to 2,000. In this way, they’ll be able to maintain control of their company for a longer period of time, and they can use that time to develop and execute long-term strategies for growth rather than focus on short-term quarterly earnings.

tweet
share on Facebookshare on Twittershare on Pinterestshare on LinkedInshare on Redditshare on VKontakteshare on Email
Anna PapadopoulosFebruary 6, 2020