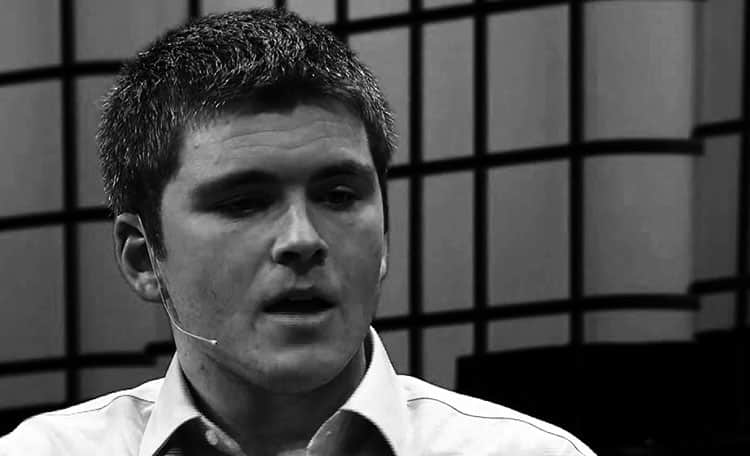 With an estimated net worth of $15.6 billion, chairman of Shapoorji Pallonji Group, Pallonji Mistry is the wealthiest person in Ireland for 2020, that’s according to CEOWORLD magazine’s Rich List Index For 2020. The number two spot for Ireland was occupied by private equity boss John Grayken with a net worth of $6.9 billion.

Denis O’Brien is the third richest person in the country; his net worth stands at $4.2 billion. According to the financial publication’s annual listing, 2019 saw the total wealth of the top 9 richest people in Ireland hits a new record high of $38.6 billion.

John Dorrance III and John Collison rounded up the top five wealthiest people in Ireland with $2.6 billion and $2.2 billion, respectively. Who are Ireland’s top billionaires?

Patrick Collison holds the 6th spot with a whopping net worth of $2.1 billion. Eugene Murtagh, Dermot Desmond, and John Armitage rounded up the top nine wealthiest people in IRELAND with $1.9 billion, $1.8 billion, and $1.3 billion, respectively. 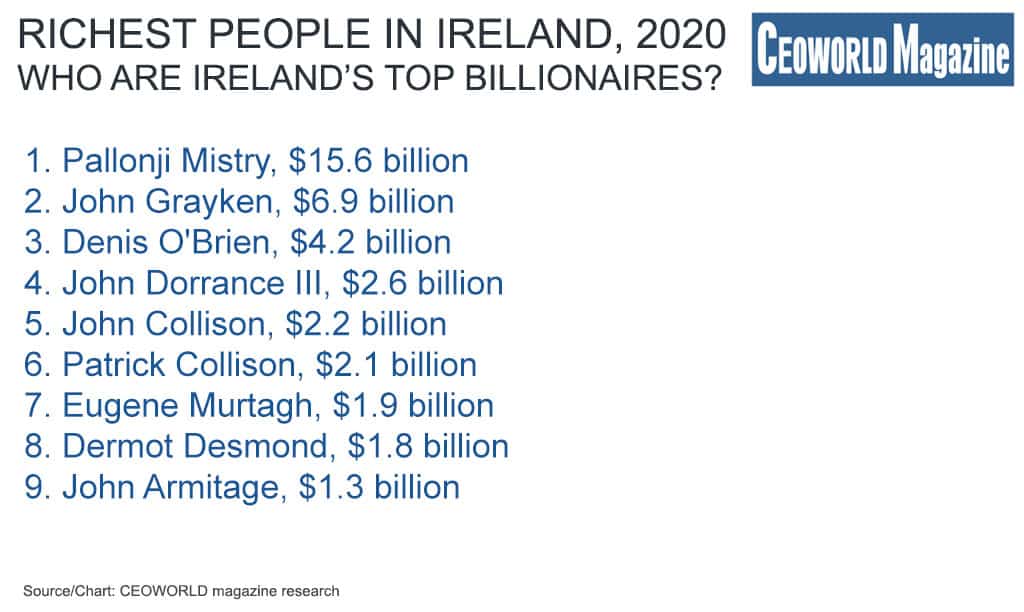 tweet
share on Facebookshare on Twittershare on Pinterestshare on LinkedInshare on Redditshare on VKontakteshare on Email
Mindy WrightJanuary 20, 2020