CEOWORLD magazine - Top Stories - Stats Gate - The 30 Best Cities In The United Kingdom For Starting A Business In 2020. 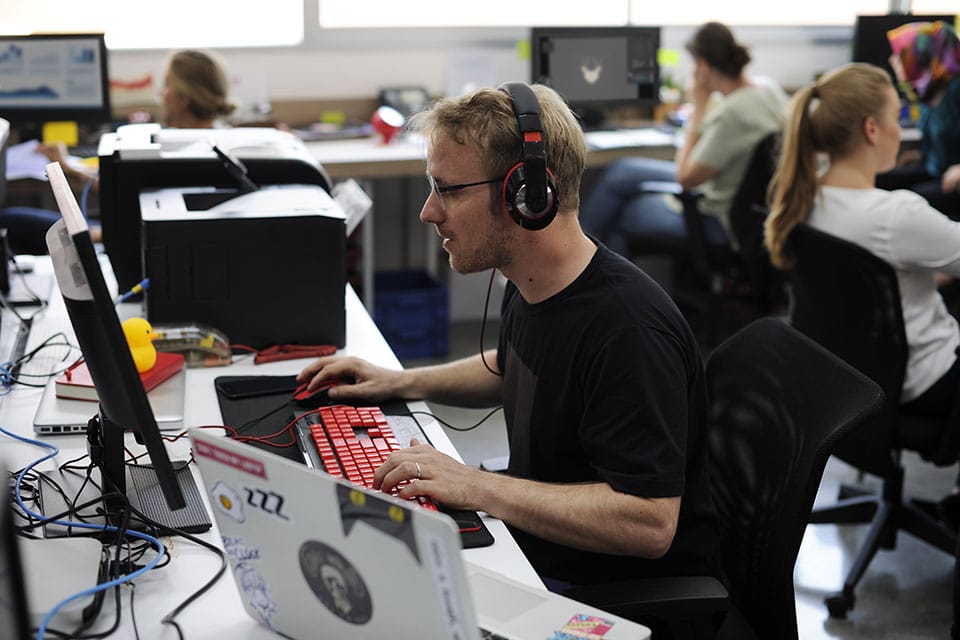 With 44.36 percent of new startups surviving to the 5-year, Bristol has been recognized as the best startup city in the United Kingdom, while Brighton and Hove city and Leeds placed second and third, respectively. Congrats, Bristol.

The 2020 rankings placed Sheffield in fourth ahead of Cardiff into fifth, while Bournemouth ranked sixth and Edinburgh seventh. Overall, among the top 10 Best Cities In The United Kingdom For Starting A Business In 2020, the eighth, ninth, and tenth positions are held by Bolton, Bradford, and Aberdeen.

Derby took the No. 11 spot, followed by Reading (No.12) and Coventry (No.13). Meanwhile, Belfast ranked No. 14 in the ranking of the best Best Cities In The United Kingdom For Starting A Business In 2020. Luton came in fifteenth place, followed by Wolverhampton (sixteenth), Birmingham (seventeenth), London (eighteenth), and Southampton, ranked nineteenth.

Out of 30 Best Cities In The United Kingdom For Starting A Business In 2020, Leicester ranked No. 20th.

To figure out which UK cities are the most excellent areas for entrepreneurs, the report looked at how many new startups were founded in 2013 and how many of those startups were still going 5 years later, in 2018. Information about the cities came from the latest Business Demography statistics from the Office for National Statistics. Based on a consensus from these sources, the final choice of cities was judged editorially, as was their position on the list. 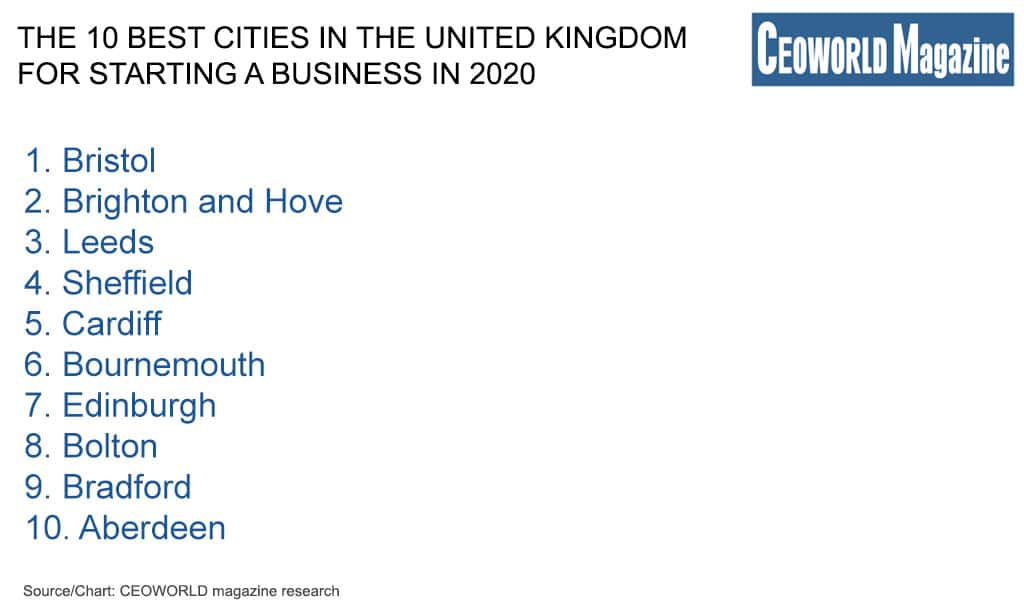 CEOWORLD magazine - Top Stories - Stats Gate - The 30 Best Cities In The United Kingdom For Starting A Business In 2020.

tweet
share on Facebookshare on Twittershare on Pinterestshare on LinkedInshare on Redditshare on VKontakteshare on Email
Alexandra DimitropoulouDecember 17, 2019