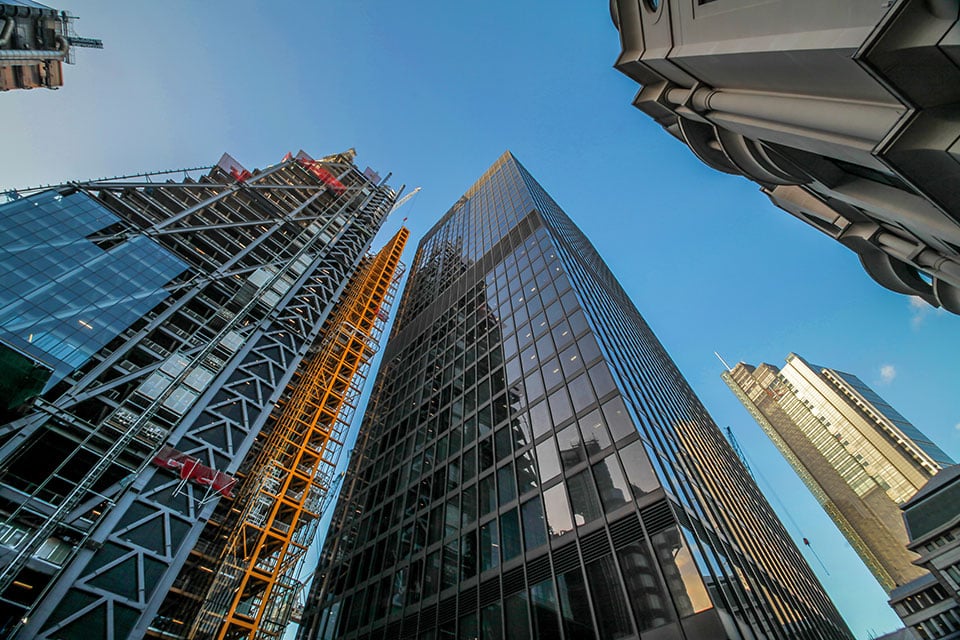 Europe’s largest economy, and the fourth largest in the world, Germany, has been in a zero-growth situation for most of the year. This, despite that the country’s unemployment rate is at a historical low and The European Central Bank is supporting the economy with an extreme quantitative monetary policy. Further, a growing number of average workers and households are feeling an increasing pressure on their income and daily living.

How things have gone downhill for the German economy has surprised many, though most of Europe also explores lower economic growth rates– but in the Northern part of Europe, there might at least be a temporary relief on the way.

Throughout 2019, the pressure on economic growth has been a theme among most members of the European Union (EU). In that context, a conservative fraction of the member states has partially surprised, by leading the way towards more public spending. The so-called “New Hanseatic League”, which is an informal grouping consisting of some of the northern member states within the European Union, stand for fiscal discipline, a more conservative take on public spending, and a firmer monetary policy. Among the members are Sweden and The Netherlands, where the Swedish parliament has approved more tax cuts in 2020. It should be mentioned, that in Sweden, the tax cuts were a part of a very difficult government coalition negotiation, and it would not come as a total surprise if a Swedish government chose a more flexible approach to the fiscal policy.

The big surprise was the move from the Dutch government, as The Netherlands really belongs to the fiscal hawks within the EU. In the Netherlands, the fiscal spending also includes tax cuts for the private households, but it is a modest package of EUR 3 Billion. Though there is also a lot of talk about a huge investment fund or programme, which still seems to be on the drawing board, but more details are expected to be released early in the new year. Some speculate that the total amount of the programme could reach EUR 50 billion, which is a pretty huge amount in The Netherlands, though the government budget has room for such a significant amount.

Since the fiscal spending plans were presented in September, it has been seen as a premature action against a further slowdown in the economy. For that reason, I expect that the Dutch government is ready to increase fiscal spending if needed and use the investment programme to fight an economic downturn. Just as important is the signal to fellow fiscal hawk in EU, Germany, because the Dutch move steps up the pressure on Germany to boost spending. So far, nothing has happened, and last 29th November, the German parliament approved the new budget for 2020 that didn’t include any spending spree at all. But on the day after, the coalition partner SPD elected a new left-wing leadership, which will be truly interesting for the financial markets to follow.

On the very first day in the seat, the new leadership duo demanded a ten-year public investment programme totalling EUR 500 billion. The amount is pretty much in line with suggestions from German business organisations, who earlier called for action. I am very convinced that the pressure for showing action will grow on Chancellor Angela Merkel and her government, though it might take another sluggish GDP-number to finally move the German government.

Since years, the German government has reduced its government debt to GDP, and the annual budget has a generated a surplus as graphic one and two show. As a result, the economy has now slowed down too much, and quite a number of people in Germany are therefore calling for increasing the public spending. 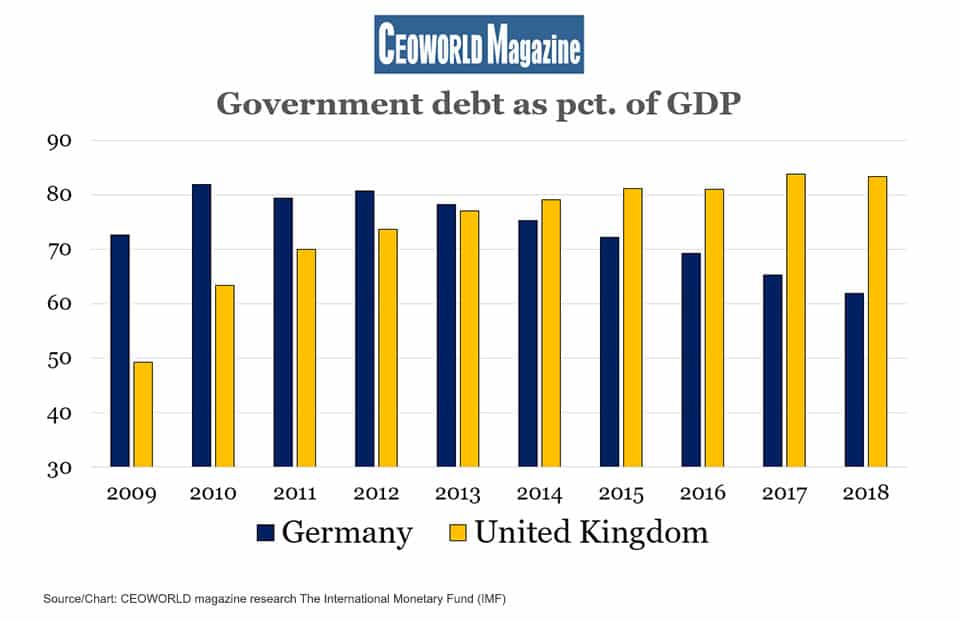 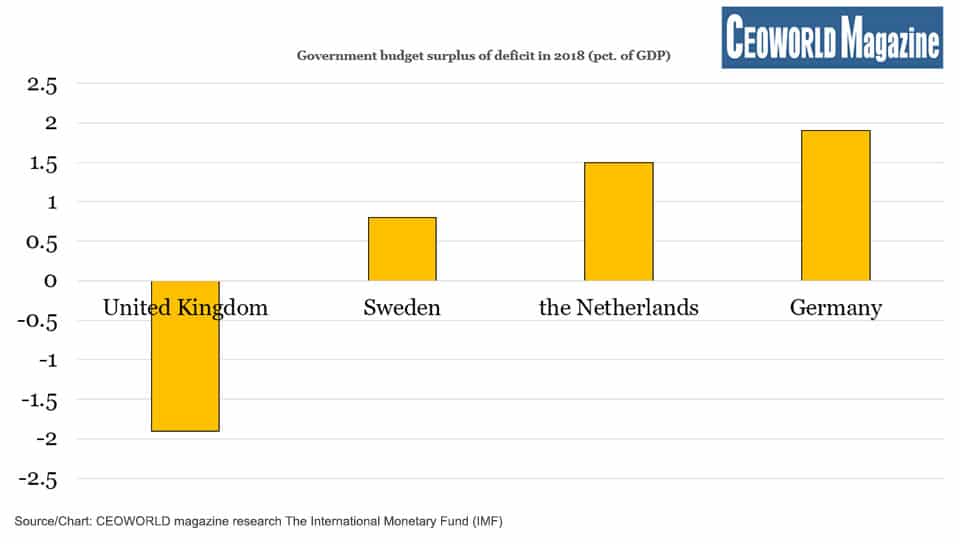 Another source of more public spending will come from the United Kingdom. Currently, it looks like a conservative victory which then generates the next Brexit step. It will most likely increase the uncertainty about the economy for a period, where it’s difficult to determine if this period will be short or long. What seems very certain is that public spending will increase in the UK next year, as all major parties have presented election programmes that include more public spending in 2020. The difference is solely by how much the public spending spree will jump.

However, this tactic needs to create further growth in the first round. As the two graphics shows, UK does not have unlimited fiscal room, government debt relative to GDP is already high, and furthermore, the UK already has a budget deficit. Looking further into the horizon, investors will consider the British economy as a true single economy after the country has left the EU, which calls for a healthy government budget, though this theme will probably first gain attention in 2021.

In total, the coming increased public spending will be of decent size, though it would be of significant importance if Germany chooses to shift its stand and opens up for more public spending. My primary scenario is that the German government gives in and approves a growth package, which again, could inspire other EU partners to do the same. It could also very well encourage countries like Italy, that don’t have the fiscal power to join the spending party, but that’s another story– all in all, I expect the Northern European spending spree to lift the mood among investors and corporations during the first half of 2020.

Germany: Government debt as % of GDP

Government budget surplus or deficit in 2018 (in % of GDP)

tweet
share on Facebookshare on Twittershare on Pinterestshare on LinkedInshare on Redditshare on VKontakteshare on Email
Peter LundgreenDecember 9, 2019