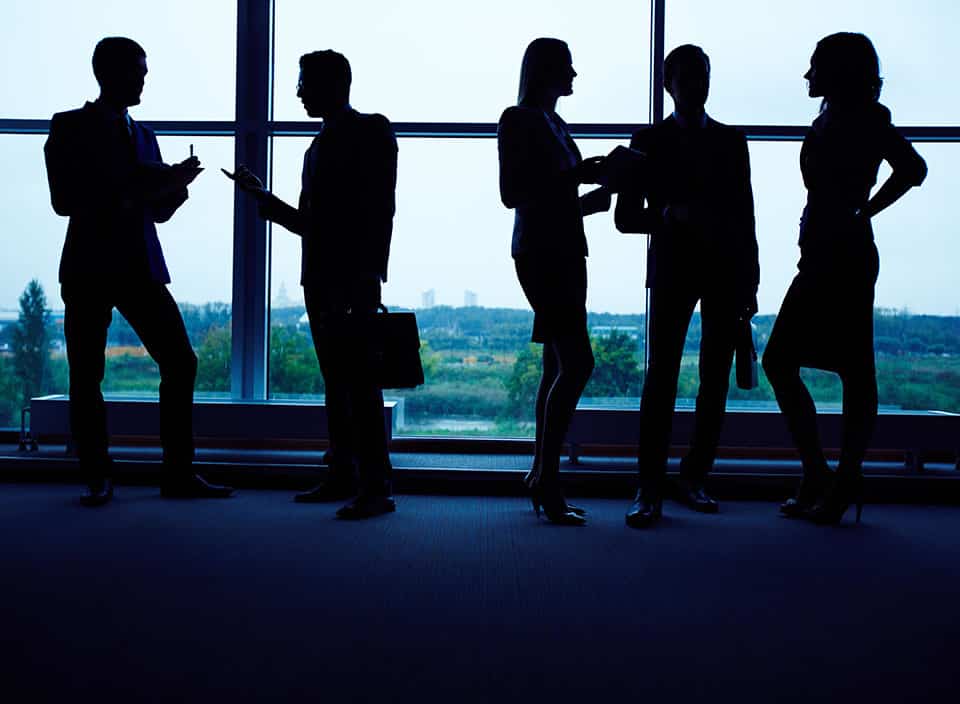 I once worked for a company president who insisted on opening all mail himself, despite to whom it was addressed, and passing on a copy to the intended recipient only once he cleared it.

Just how obsessive did things get? He rerouted all mail and packages. He went through the trash each evening after employees left the office. He even distributed photocopies of our Christmas cards to us!

This is a prime example of the fallacy of control. This highly paid executive felt he was directing each and every move, but his employees quickly learned how to hide things from him effectively, despite his best efforts. So why did he continue? He was driven by fear. A fear of failure.

In our society, we’re consumed by the need to “control” in a world that is, at best, one of reciprocal control. “Acts of God” are written into contracts. “In God We Trust” is on our currency. Congress still begins its sessions with a benediction. “So help me God” ends the vow a witness takes to tell the truth. These are less isolated remnants of past traditions and beliefs than they are pragmatic, contemporary acknowledgments that we are not masters of all we purvey.

The American theologian Reinhold Niebuhr is credited with writing what’s known as the serenity prayer: “God grant me the serenity to accept the things I cannot change, courage to change the things I can, and wisdom to know the difference.” It turns out, he was onto something.

Why worry about what you can’t control?

Although it’s tough to admit at first, it’s a huge relief not to worry about what is truly outside of your reach. In leadership, you cannot control (among many other things):

I know you’re thinking you can “influence” these things, but influence isn’t control.

The key for leaders is not to find new and more convoluted ways to control, but rather to enable new behaviors that allow them not to obsess about control. Skeptical? Here are four proven ways to let go:

Focus on outcomes, not tasks. So long as you achieve the goals you’re seeking within legal, ethical, and financial parameters, why not allow yourself some leeway on how to get there? There are always a variety of good avenues to use, each with attendant benefits and risks. It’s far easier (and realistic) to manage a team toward a goal using agreed-upon metrics for success than it is to try to manage every team member’s every task every day.

Assume people are healthy and not damaged. You’re hoping that people expect positive and productive behaviors from you, so why not initially expect that from others? Never assume someone is dilatory, or trying to cheat you, or not able to perform unless you have observed behavior and have environmental evidence to support those beliefs. When you assume the other person can’t or won’t perform, you’ll tend to exert more control, whether it’s needed or not.

Appreciate the difference between skills deficiencies and attitude deficits. If all indications are that I can do the job—but I won’t—you’re dealing with an attitude problem. You can’t “train” me out of an attitude problem. However, if I want to do the job but simply don’t know how, you can’t “motivate” me to do it without proper skills and tools. Control the proper responses; don’t employ improper responses and try harder to control them. (From the philosopher Santayana: A fanatic is someone who loses sight of his goals and consequently redoubles his efforts.)

Always have a Plan B. Don’t ever launch anything important, personally or professionally, without a fallback plan. I once worked with a business owner who had a key client support person who had client relationships that the owner himself did not have. “What if he leaves?” I asked. “He would never leave,” said the owner. He left. Today, that owner has a backup relationship with every key client. You need to exert control over possibilities that don’t yet exist but might. That’s not paranoid. It’s called “a contingency.”

As leaders, we need to stop worrying about what we can’t control and what we shouldn’t control. Mike Tyson pointed out once that every fighter has a plan when he steps into the ring, but it’s abandoned once he’s hit in the jaw. You’re far better off being alert in the moment and dealing with what’s in front of you. “Loss of control” is critical in a moving vehicle, but even vehicles have automatic pilots and cruise control.

Control your emotions and your responses; it’s an excellent condition to be in.

The Most Heavily Surveilled Cities In The World.
The World’s Best Cities For Food Lovers.
World’s Top 10 Biggest Military Spenders In 100 Years (From 1914 to 2018).
The World’s Largest Wine Exporting Countries By Value.

tweet
share on Facebookshare on Twittershare on Pinterestshare on LinkedInshare on Redditshare on VKontakteshare on Email
Alan WeissDecember 6, 2019

Alan Weiss, Ph.D., is a consultant, speaker, and bestselling author. Described by the New York Post as “one of the most highly regarded independent consultants in America,” his consulting firm, Summit Consulting Group, Inc., has attracted clients such as Merck, Hewlett-Packard, GE, Mercedes-Benz, and more than 500 leading organizations. Alan Weiss is the author of more than 60 books, many of which have been included in university curricula and translated into 15 languages. His new book is Your Legacy Is Now: Life Is Not a Search for Meaning from Others—It's the Creation of Meaning for Yourself. Alan Weiss is an opinion columnist for the CEOWORLD magazine. Follow him on Twitter, Facebook, Youtube, or connect on LinkedIn.
view all posts