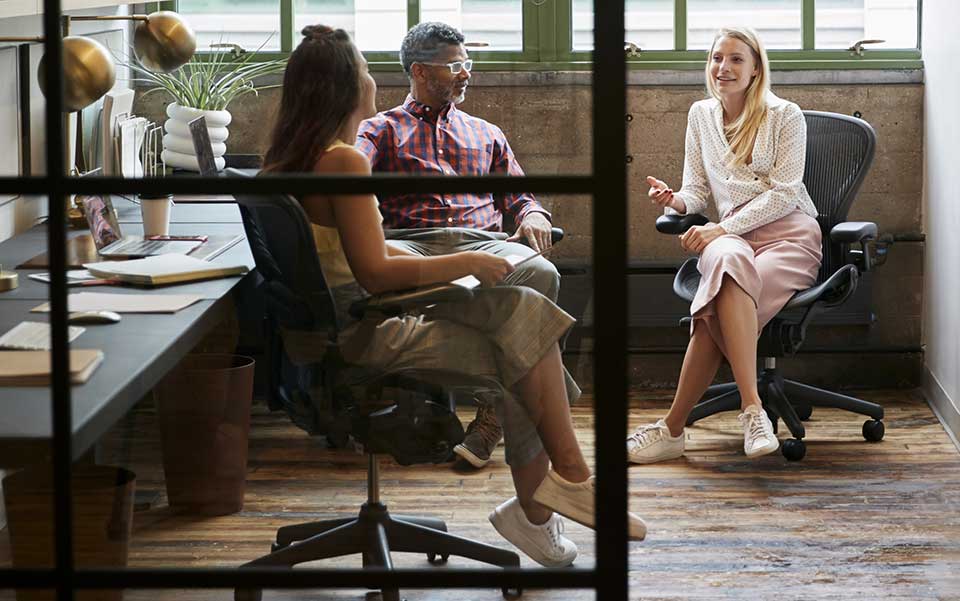 When it comes to sheer likeability, T-Mobile CEO John Legere is in a class of his own. The 61-year-old company leader has earned recognition from both CNBC and Fast Company for being one of the most liked CEOs in the country; as of last count, he enjoyed approval ratings of 96%. With numbers like these tied to his name, it seems only fair to expect Legere to have a similarly sterling reputation online. After all, research from Edelman Insights indicates that 65 percent of people view an online search as their most trusted source of information about individuals and businesses.

The assumption goes like this: A CEO who sparks critical headlines will likely struggle against contention, criticism, and — of course — low approval numbers. Someone like Legere, an affable leader with a near-perfect approval rating, wouldn’t have anything but a pristine record online — right?

Wrong, actually. A quick Google search of Legere’s name reveals articles from the Los Angeles Times and Fast Company that lambast the T-Mobile CEO for potential conflicts of interest and overspending. The apparent corporate scandal might appear to be the death knell for his reputation as a likable leader — but, surprisingly, it isn’t.

Clickable scandals aside, Legere’s Google search results reveal active and personable Twitter, Facebook, and Instagram profiles. A remarkable amount of information about his life, career and personality are available at a glance; his first page of Google results feature a Wikipedia page, press releases from T-Mobile, and, most memorably, a link to a cookbook of Sunday slow cooker recipes pulled from Legere’s popular Facebook Live cooking show.

In other words — while negative articles lurk in Legere’s Google results, the character context that his positive properties provide prevents potentially problematic links from dominating his online reputation. The negative articles seem more like a one-time mistake in the life of an otherwise likable leader, rather than a crippling judgment of his person.

For CEOs, Reputation is All About Public Perception

Having a well-defined online reputation is more important than leaders might think. When employees, consumers, and stakeholders find negative articles online and have no character insights to countermand or contextualize the smears they see, the CEO’s character is at risk. Perceived honesty is already something that CEOs struggle with; according to Gallup, business executives tend to rank near the bottom on lists of professions by ethics. Thus, it may not matter to rank-and-file employees or clients that a CEO accomplished a great deal behind closed company doors — if that positive perception is not also evident online, their trust and approval will begin to erode.

This loss of trust can have significant repercussions for a company, as well. One 2015 study from Interaction Associates found that high-trust companies “are more than 2½ times more likely to be high performing revenue organizations” than low-trust companies. High-profile CEOs need to maintain positive reputations and put time into online reputation management — not only for themselves, but also for their company’s well-being.

Many people believe that having a positive online reputation means having an entirely clear first page of Google results — but that isn’t necessarily the case. As Legere exemplifies, having a positive digital footprint is more about highlighting the positive facets of a person’s character than it is hiding mistakes or negative articles from view. As a high-profile CEO, Legere receives so much attention that it’s difficult to avoid negative press and critical headlines entirely. Even so, the work he has put into his online presence — and his stellar approval ratings — clearly shows that those unflattering listings do not define him. CEOs can and should be proactive in building a nuanced, authentic, and overall positive self-portrait online.

Of course, there are those who might argue that honest CEOs do not need to have an online presence at all; after all, how hard can it be for a “good” leader to avoid critical headlines? The answer is complicated, but in short: it’s next to impossible.

While commenting on non-business matters was once taboo for corporate leaders, modern trends in leadership compel CEOs to be more outspoken and authentic than they ever have been before. Analysts for Weber Shandwick recently found that CEOs have begun taking a more significant role in moral leadership. Moreover, younger workers expect their leaders to be vocal in contentious matters; according to Weber Shandwick’s research, “twice as many Millennials said they would feel increased loyalty (rather than decreased loyalty) toward their own CEO, if he or she took a stand on a hotly debated issue (44% vs. 19%, respectively).”

The benefits of increased loyalty, however, come with a catch. In taking a stand, CEOs open themselves up to criticism and public lambasting by those who disagree with their viewpoints. The potential for negative press online is considerably more present, as is the risk to a leader’s online reputation.

That said, even those CEOs who choose not to take moral stands are at risk. Today, business leaders are encouraged to be more authentic, raw, and straightforward with their consumers and employees than in years past. They are encouraged to cut past the conventional hedging and PR babble and be “real;” popular leadership advice books today include titles like Chris Hirst’s No Bullsh*t Leadership: Why the World Needs More Everyday Leaders and Why That Leader Is You, and David Rowan’s Non-Bullshit Innovation: Radical Ideas from the World’s Smartest Minds. The tone taken is clear: people want authenticity and directness from company leaders, not the plastic-perfect ones of yesterday.

In the public arena, inauthentic CEOs lose out to those who are more relatable. Yet, leaders who aim to be authentic sometimes find their flaws and stories made uncomfortably public. The truth of the matter is that every CEO, no matter how likable, is at risk for a negative-appearing or scandalous headline. Consider the case of In-n-Out Burger’s owner and CEO Lynsi Snyder, whose passion for fair employee treatment and #4 rank on Glassdoor’s Most-Approved CEO list has been thoroughly overshadowed by articles rehashing her emotional past.

In a world where authenticity is everything, creating and maintaining a positive online reputation is critical to a leader’s long-term success. No CEO can exist in PR plastic; the trends that leaders face today increase the risk that misunderstandings and one-time mistakes will smear their online personas beyond repair. The only way that company executives can protect themselves — and their companies — from digital harm is to be like John Legere: a real, tangible, and trustworthy character whose positive online presence speaks far more strongly than a few negative articles that sometimes appear in his Google results.

tweet
share on Facebookshare on Twittershare on Pinterestshare on LinkedInshare on Redditshare on VKontakteshare on Email
Sameer SomalOctober 26, 2019

Sameer Somal is the founder and CEO of Blue Ocean Global Technology, a firm dedicated to helping companies and individuals build, monitor, and repair their online reputations. He has previously served as an expert witness on matters of Internet defamation, and frequently speaks at conferences on online reputation management, search engine optimization, and relationship capital and ethics. Sameer Somal is an opinion columnist for the CEOWORLD magazine.
view all posts