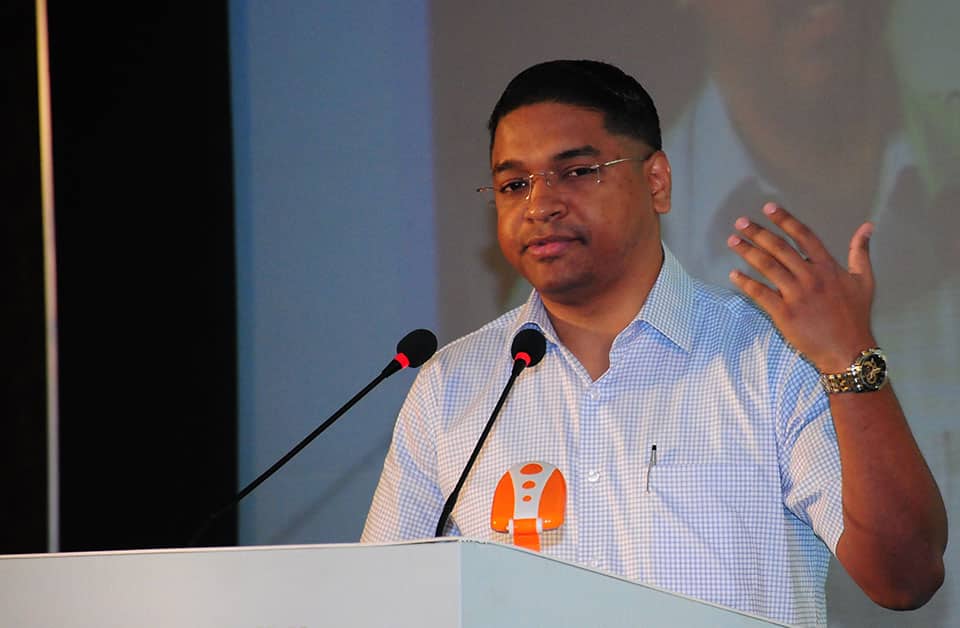 India is in the midst of one of its worst and most serious water crisis. Newspaper dailies are churning reports filled with images of hundreds of people waiting for water tankers or queued in front of a single tap which is incapable of fulfilling the demand.

Videos of women rappelling down dried-up wells to fetch water, men, and women fighting like gladiators for a bucket of water are being shared on social media. Chennai, one of the largest cities of India has run out of the water and many other cities face a similar fate.

Groundwater depletion is one of the major reasons for this water crisis. By 2020, 21 major cities including Delhi, Bengaluru, Chennai, Hyderabad and other states will run out of groundwater according to the Composite Water Management Index (CWMI) report released by the Niti Aayog in 2018.

Groundwater is one of the primary sources of water in India and it accounts for 63% of all irrigation needs and over 80% of the rural and urban domestic water supplies. Swaths of land in Andhra Pradesh and Maharashtra are used to grow paddy, sugarcane, wheat and cotton. All these crops require high volumes of water and India produces more of these crops than required for local consumption. According to estimates of Water Footprint Network, a non-government organization, paddy requires 4000 liters of water to produce just one kilo of rice. Similarly, 1,500-3000 liters of water is required to produce one kilo of sugar, and about 22,500 liters for cotton. 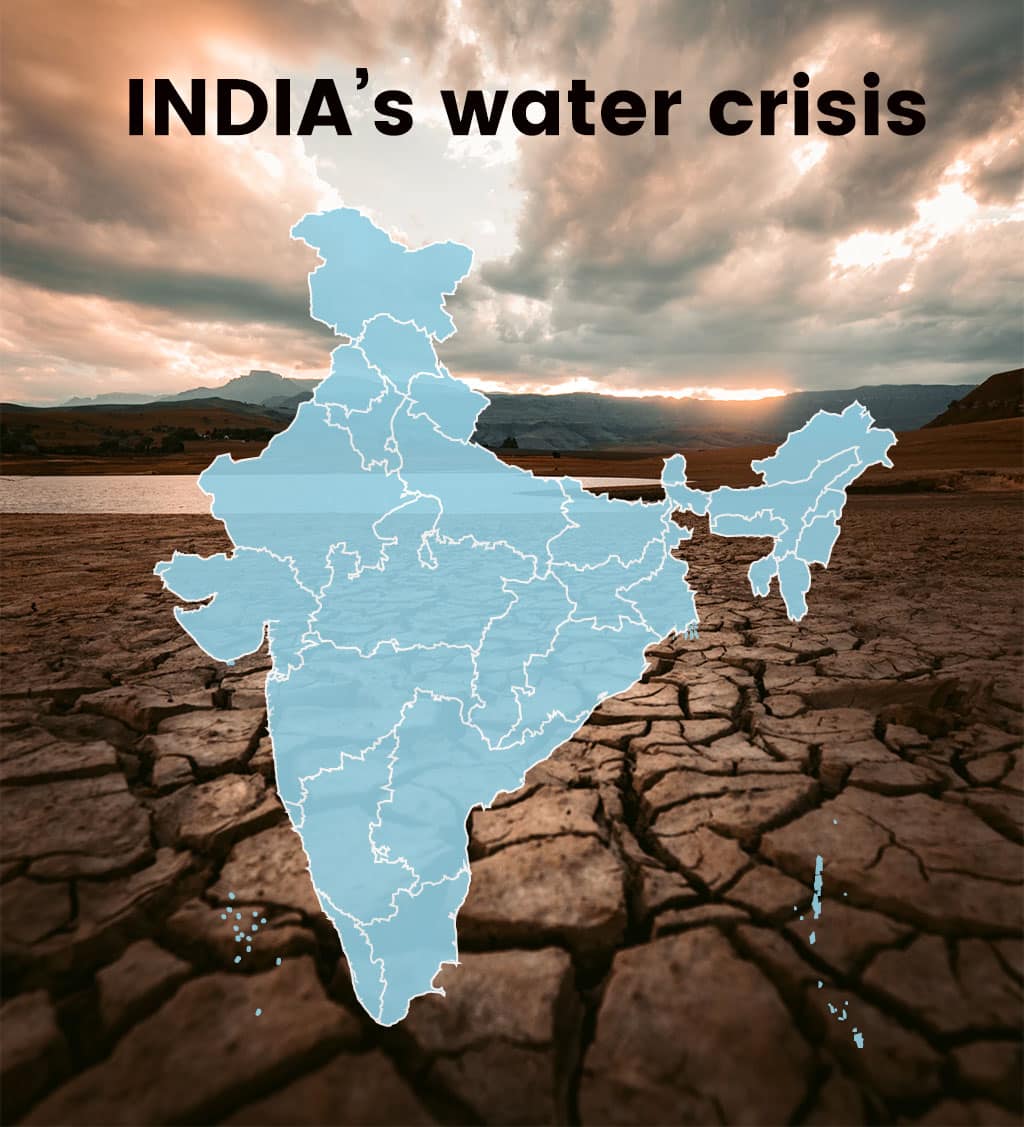 UNESCO’s “World Water Development Report” states that 54 % of India’s groundwater wells have dried out in the last seven years. Thus, India faces a dual challenge: to regulate the growing demand for groundwater while recharging and replenishing its sources.

The country’s water demand is predicted to be twice the possible supply by 2030. The recently formed Jal Shakti (water) ministry aims to tackle water issues holistically and with an integrated approach. The ministry’s ambitious target is to provide piped water connections to every household in India by 2024. Although the government’s intentions are well placed, the moot question here is – what will happen if there is no water to supply?

We need to understand that at present hundreds of millions don’t have access to clean water. The condition of our local water bodies is deplorable, most of them are either encroached upon or have dried out. Given the situation, the need of the hour is to formulate policies that promote the judicious use of groundwater. Lessons could be drawn from existing solutions which can be used to design interventions which can be monitored and evaluated efficiently.

In states like Haryana and Punjab, the water table has been dropping due to excess extraction of groundwater by paddy and wheat farmers aided by free or subsidized power. Majority of groundwater pumps are unmetered, and if charged, are billed at a flat, non-volumetric, and highly subsidized tariff. The CWMI report based on analysis of a panel data across 370 districts in India points out that the reduction in the electricity subsidy is directly correlated with a decrease in groundwater extraction. An average reduction of 10 % on subsidy results in a 6.7 % decrease in groundwater extraction. However, considering that the agrarian crisis is currently enveloping the political will of India, a reduction in electricity subsidies might not be favorable. A probable solution to overcome this challenge is by limiting electricity subsidy offered to farmers and compensating them with direct cash transfers for every unit they save. This solution is being put to test by the Punjab government who has teamed with the Abdul Latif Jameel Poverty Action Lab (J-PAL) to conduct a randomized evaluation test for the model.

Punjab had also invested in more than 500 tensiometers to monitor soil moisture conditions in rice fields and irrigate the soil only when required. This method was adopted in five districts of the state. Information received from the tensiometers helped farmers in these five districts to save 10-36% groundwater. Only using groundwater when necessary has led to less consumption of electricity and greenhouse emissions.

Another way to limit groundwater usage is by encouraging farmers to adopt micro-irrigation techniques such as drip irrigation and micro-sprinklers. Adoption of micro-irrigation techniques can save roughly 20 % groundwater annually as per the CWMI report. What we need is a paradigm shift, a shift or transition from “supply more water” provision to measures that lead to water usage efficiency and recharging/restoring local water bodies. It is time that we adopt the traditional practice of rainwater harvesting again. We need to catch the water where it falls. Delhi government has initiated water harvesting plans on Yamuna floodplains and installing rainwater harvesting structures in all government buildings and structures.

It is essential to understand that water conservation is not a one-man job, the stakeholders are plenty, but most importantly it requires the involvement of the community members. Creating sustainable change would require a bottom-up approach by empowering local community members to become active volunteers in managing water levels both on-ground and underground. The central government in its 12th five-year plan for 2012-2017, proposed a policy of participatory groundwater management (PGM), which involves cohesive and collaborative interaction among government departments, NGOs, researchers and community members. The plan charts training community workers to map aquifers and implement innovative ways of involving members of the local community for water conservation.

As part of developing long-term solutions, state governments can incentivize entrepreneurs to create decentralized technologies for measuring the quality of water and recharging groundwater. The need is to renovate existing infrastructures such as reservoirs, water networks and water treatment plants. We do not have time to wait for new infrastructure to be built, the idea should be to supply water to more people using the same capacities.

The Niti Aayog CWMI report is a timely reminder for us to mend our ways and take urgent measures to avert the crisis of our own making.

tweet
share on Facebookshare on Twittershare on Pinterestshare on LinkedInshare on Redditshare on VKontakteshare on Email
Dr. Soumitro ChakrabortyOctober 10, 2019