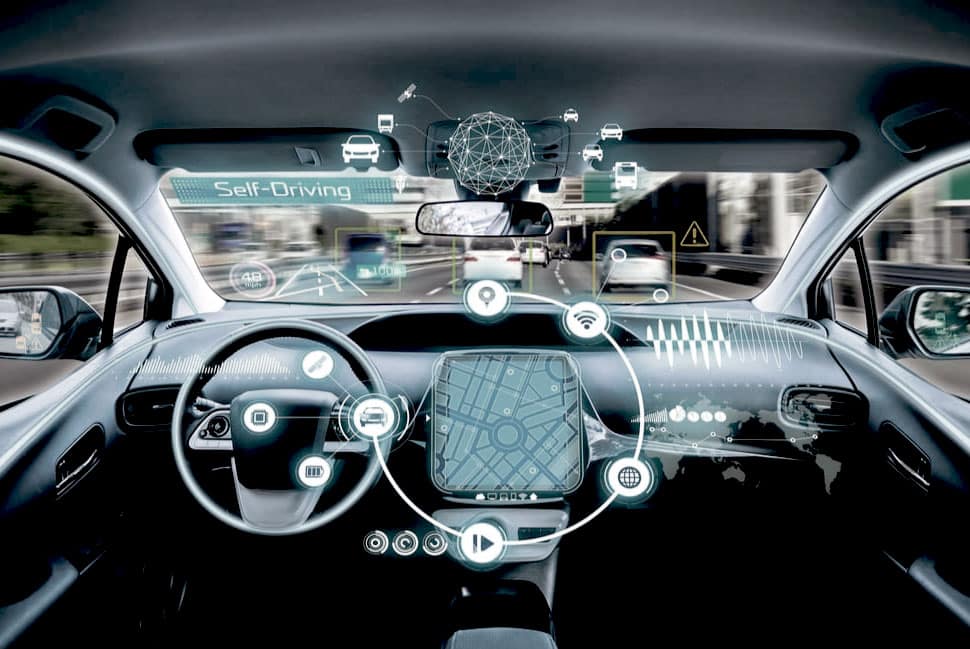 The concept and aspiration for fully autonomous vehicles has been around for at least 40 years. The reality in 2019 depends on who you talk to; it’s either here today, a few years away, or a decade or more before they truly become mainstream.

The Society of Automotive Engineers has defined six levels of autonomy from level 0 – 5. While manufacturers have been working hard on the development of autonomous vehicles, the reality is that today the vast majority of vehicles for sale are only capable of providing level 2 assistance features. Level 2 automated driving is defined as systems that provide steering and brake/acceleration support, as well as lane centering and adaptive cruise control. The human at the wheel must be driving and constantly supervising the automated features. A few OEM’s in-market today have been working towards Level 3 & 4 automation, meaning the car can take over most driving functions , but the driver must still be able to intervene at any time.

For most automakers, in order to reach this goal, incremental technological and commodity changes will not be enough. Instead, to achieve the full road map of autonomy will require a transition to a complete automotive platform inclusive of AI-enabled microprocessors, software, new architectures and levels of performance to be deployed scalably.

Navigating the Path to Pervasive Autonomy

Because of the emphasis on commodity-based engineering, workflow in a typical OEM has a very long lead time and cycle. Worst case cycle times have ideas begin in the research factory maturing over several years leading to product engineering where they take around 3-4.5 years.

For these main reasons and many smaller ones, this approach is not scalable nor cost effective as we move into the 21st century.

One of the cornerstones of the new architecture is the concept of a layered software-based platform which allows for the addition and deletion of software defined capability in each layer (see below). This facilitates features to run as “applications” executed on top of the service platform like PC or mobile phone which provide the ability to change (extend or restrict) the performance.

The impact of these rationalization and transformation initiatives are providing significant value for the OEM as well as the end-consumer:

The end-picture and future benchmark to consider is provided by Tesla. Through digital connectivity within the car an ultimate level of rationalization will bring cabling requirements from about 5 km of wiring today to 100 m in a Tesla Model Y.

Tesla also recognized early that hardware rationalization and connectivity capabilities outside of the vehicle system would be paramount to unlock and accelerate the uptake of the ACES (Autonomous, Connected, Electric and Shared Mega-Trends) trends, which would ultimately not only provide the revenue streams of the future but also leverage AI benefits across the different functionalities inside and outside of a vehicle.

The commercial confirmation and practical demonstration of this flexibility can be seen at Tesla where they have already established this software working environment and pushing new autonomous and AI benchmarks as announced in April 2019.

In a world of static automotive features, closed systems and changes made through recalls and other legacy methods, such an architecture is viable. However, to achieve the three automotive pillars of being safe, secure and smart, fully autonomous vehicles need to have a more open, integrated hardware and software systems architecture vs. siloed and disconnected. Autonomous vehicles must possess architectures that allow subsystems to work together to harness and exchange data in real-time to make intelligent decisions.

The sooner this transformation happens, the sooner Level 5 autonomous vehicles will become a reality.

Wave Computing, for instance, offers a full range of SoC solutions designed specifically for the automotive industry. The company’s MIPS technology-based ISO-26262 certified processors enable OEMs to design, develop and scale their vehicle software architectures in a secure environment. The architecture includes hardware multithreading with support for up to four threads and the ability to run two instructions simultaneously during every clock cycle.  And Wave Computing’s TritonAI 64 IP platform enables developers to address a wide range of automotive AI use cases with a single comprehensive platform, including optimized AI libraries.

Whether next year, five years or a decade, the dream of fully autonomous driving will become a reality. To fulfill that dream, however, automotive manufacturers must make major changes to their automotive architectures and supply chains. Transforming what was once a rigid hardware platform of siloed features and functions, to a fully systems-based software platform won’t happen overnight, but it’s a critical component to delivering Level 5 autonomous vehicles that are safe, secure and smart.

tweet
share on Facebookshare on Twittershare on Pinterestshare on LinkedInshare on Redditshare on VKontakteshare on Email
Steve BrightfieldSeptember 27, 2019