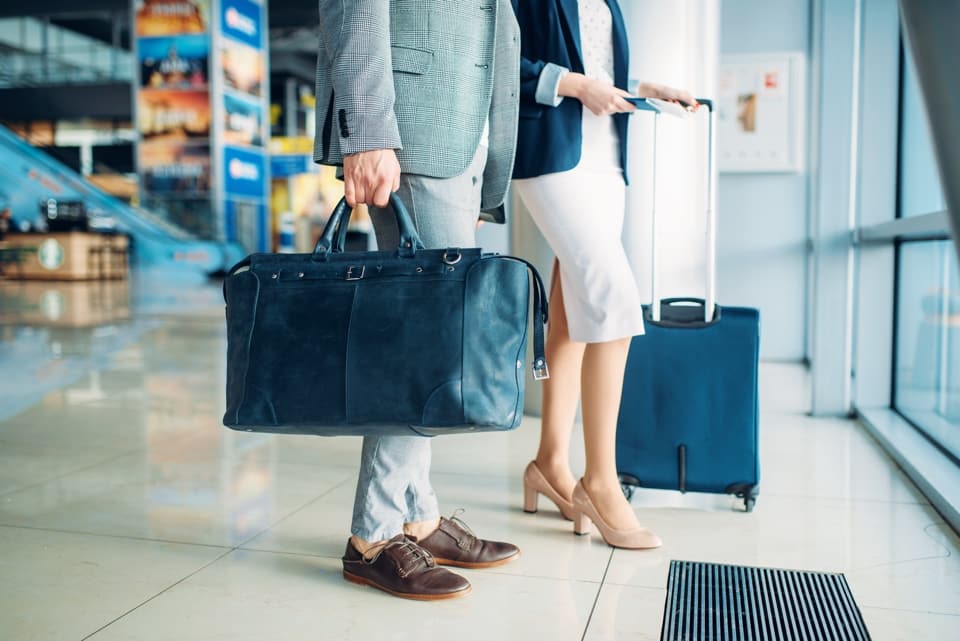 With over 90% female travelers stating that safety concerns affected what they did in their personal time when traveling for work (GBTA/AIG Travel survey 2018), there’s a need for women to be security-savvy.

Female travelers face unique travel safety risks. Women are often perceived as an easier target by criminals and are also more likely than men to be victims of sexual harassment or violent sexual crimes. Women are also targets of harassment, cultural discrimination, local regulations and bias in business settings.

Forward-planning and self-awareness have a big part to plan in ensuring women stay safe when traveling, whether for business or leisure. Riskline, a leading global travel risk intelligence company, gives female travelers a head start with its top five best practices.

1 – Keep those at home informed

Ensure a trusted person at home always has a copy of your full itinerary and important details before your departure. This includes alternate ways to contact you, a photocopy of your passport and any travel or medical insurance information.

Always familiarise yourself with your destination prior to travel. Research your destination using tools, such as Riskline’s Female Traveller Safety Report, so you can be fully informed of various cultural and societal practices. This includes local culture and laws, especially in countries with extensive social and legal restrictions against women.

For example, in some Islamic countries, buses, subways, restaurants and other public establishments are often gender-segregated, while some teahouses are off-limits to women altogether. On the other hand, a lack of feminine care necessities may pose an issue in developing countries. Tampons and contraceptives may be only found at major supermarkets or pharmacies in large cities or in some cases, not available at all.

In Iran, where the legal code is based on Islamic law, physical contact between unrelated men and women is forbidden in public – even in a private or social setting do not shake hands with Iranian men unless they initiate it and extend their hand first. Unmarried men and women are legally forbidden from being alone together in a social setting, sometimes even in public, unless they are related.

3 – Remain aware of your surroundings

Exercise common sense safety precautions, even during the daytime, while travelling in unfamiliar locations. Women are more frequently targeted than men for pickpocketing and bag snatching, especially if travelling alone as they are often perceived as an ‘easy target’. In developing countries, the perception that foreigners are more affluent than locals may put you at a higher risk.

In India, it is recommended to avoid all forms of public transport as sexual assaults are common onboard buses and trains. Use only official and registered taxis or reputed radio cabs – but avoid sitting in the front seat of the taxi and always take the seat behind the driver, as there have been some reports of sexual advances by cab drivers. Do not travel alone at night, especially in deserted areas or villages where crime rates are high.

Depending on your destination, you may attract attention among locals for your foreign appearance or simply for being a woman travelling alone. In countries like Jamaica, Morocco and other countries frequented by tourists, female travellers may be at a higher risk of being sexually harassed by local men due to misconception about foreign women, especially Westerners, and their behaviour.

Be confident in demeanour and learn to say “No” or “Stop” in the local language without worrying about causing offense. While smiling and ‘small talk’ may be considered a friendly gesture at home, in some countries local men may perceive it as a sign of interest.

In the Bahamas, female travellers may receive unwanted attention from men, ranging from open displays of catcalling and staring to physical groping, including during the daytime. It is best to ignore these advances or confrontations and walk away. In the event that harassment escalates, draw attention to what is happening and locals will likely come to your aid.

Tell your travel manager, HR rep, co-workers and friends about what worked, and what didn’t, during your trip. Employers have a Duty of Care obligation to ensure your safety and well-being during a work trip. Your feedback can make the experience safer and more enjoyable for future female travellers.

Not all travellers are the same, and female travellers face unique safety risks. Women can be perceived as an ‘easier target’ for criminals and are more likely than men to be victims of sexual harassment.

Consider this: more than 8 in 10 (83 percent) women say they have experienced one or more safety-related concerns or incidents while traveling for business in the past year (GBTA/AIG Travel survey 2018). It is unfortunate that women should take precautions in many facets of their life due to safety concerns, and business travel is no different. Therefore, we want to ensure all women remain ‘safety-savvy’ when working abroad and access to the right information is key.

Detailed reports, such as our Female Traveller Safety Reports, are written by women for women and are also designed to support a company’s Duty of Care obligation to keep their employees safe while travelling.

There’s a huge – and increasingly growing – need for companies to embrace diversity and inclusivity, and we hope that providing access to detailed travel information to female employees will soon become the norm.

‘Forewarned is forearmed’ as they say, and women need to need to arm themselves with the right information in order to ensure they can make the most of trouble-free travel.

tweet
share on Facebookshare on Twittershare on Pinterestshare on LinkedInshare on Redditshare on VKontakteshare on Email
Suzanne SangioveseSeptember 24, 2019

Suzanne Sangiovese is Operations Manager, Americas, for Riskline. Riskline is a leading travel risk intelligence company in operation since 2007 and based in Copenhagen, Denmark. Riskline’s world-class security services are trusted by small business and Fortune 500 companies across a wide range of industries. Suzanne holds an MSc in International Security and Global Governance from Birkbeck, University of London, and a bachelor’s degree in Political Science and Economics from the University of King's College, Canada. In her spare time, Suzanne is an avid traveller and also enjoys cooking and films. Suzanne is an opinion columnist for the CEOWORLD magazine.
view all posts