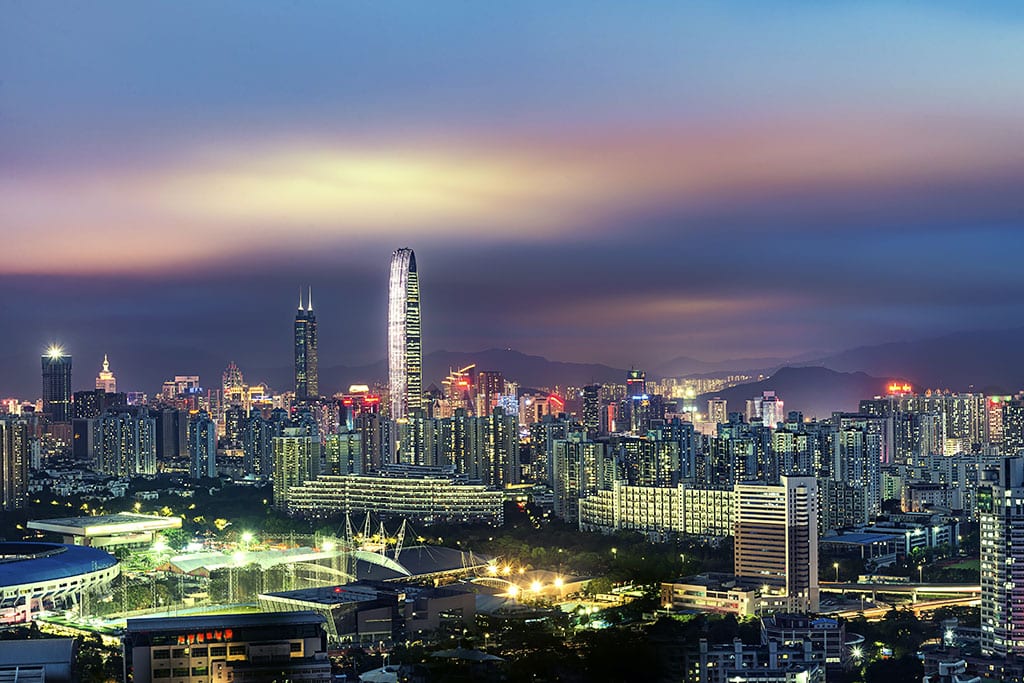 In just a few months, the calendar turns into a new decade. Whether the “Roaring Twenties” will be repeated, is a good question. But what’s certain is that we are just about to enter the 20’s again, and I am very convinced that they will be challenging in many ways.

On a daily basis, I work with short to mid-term trends, though I also include long-term megatrends that influence economies, consumer and investment behavior, etc.

For many, internet access is part of everyday life, many even have access to the internet all-day via smartphones or similar gadgets. As the graphic shows, about 4.4 billion people globally access the internet.

The development these years is in a fairly steep rise, as the number was around 2 billion in 2015, with an average estimate of 6 billion people in 2022, just three years from now. I regard this as a game-changer in many ways, particularly in emerging economies. 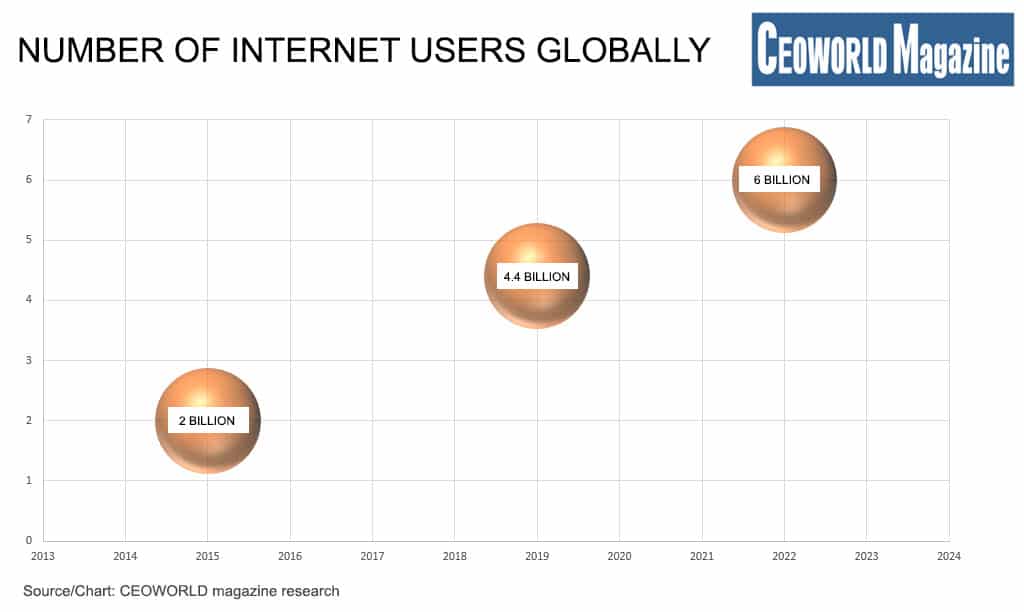 The first thought is that the development will increase the number of users on social media. I am very convinced that this will become reality i.e., leading social media will grow even mightier. But revenues cannot follow suit, as I expect the disposable income among new users to be lower than the current social media users.

The countries that manage to deploy internet access to the broadest part of the population are those that I expect to benefit the most. It will integrate the rural areas more in the domestic economy, and it will, for example, open-up opportunity for more people to participate in free self-study classes.

A better internet coverage could even slow down the urbanization, but I am very convinced that new internet users can compete in internet-based jobs that are internationally offered on internet platforms, like designing a logo for a business card.

If this expectation is correct, then I argue that better access to education, or internet-based jobs, etc. will benefit emerging economies the most. This is a further argument for investors to allocate investments towards emerging economies.

About the “old” economies, I have a very strong expectation that the Eurozone is on the way in the economic fridge, just like Japan. After years with some economic growth, this tailwind is coming to an end, even in Germany.

Most likely, the various European governments will initiate growth packages during the next six months. I expect them to be fairly classic, like the use of public infrastructure investments, which will generate a short-term uptrend in the GDP growth rate. Though quite quickly, the growth will move towards zero again, which could very well be the scenario throughout the whole coming decade. This expectation signals a return below 5 pct. per year in the European stock markets for the years to come.

This also argues for a capital flow-out of Europe, partly to the United States, though mainly to Emerging Market countries.

Another big issue among other things influencing the bond markets is the long-term global inflation outlook. There will be regional differences, though many economies are so open, that the global development in inflation has a significant impact on the individual economy.

Despite the rapidly growing focus on green energy or environmentally friendly energy sources, I keep the view that there is an energy surplus in the world. Or, explained in another way, there is only a very limited risk of an energy shortage apart from, for example, sudden short-term bottlenecks in oil production.

Concerning the labor force, there will, of course, be some sectors in some countries that experience a shortage of labor. But with a very broad and global view, there is no squeeze insight in the global labor supply during the coming twenties.

Partially, I have the same view on production capacity, which is currently sufficient, even if global industrial production is under pressure. Only the normal wastage of the production capacity will reduce it, though this effect might first become noticeable at the end of the coming decade.

In my view, all these components are very important when judging the inflation outlook, where I expect inflation to stay low and under control for a very long time ahead.

This will partly be caused by a subdued global growth, which isn’t too attractive, though a stable inflation environment is, after all, healthy for Emerging economies.

In total, we operate with about ten megatrends that we combine with other economic and financial markets trends, so this is a teaser on how we prepare ourselves for the coming “Roaring Twenties”.

tweet
share on Facebookshare on Twittershare on Pinterestshare on LinkedInshare on Redditshare on VKontakteshare on Email
Peter LundgreenSeptember 13, 2019