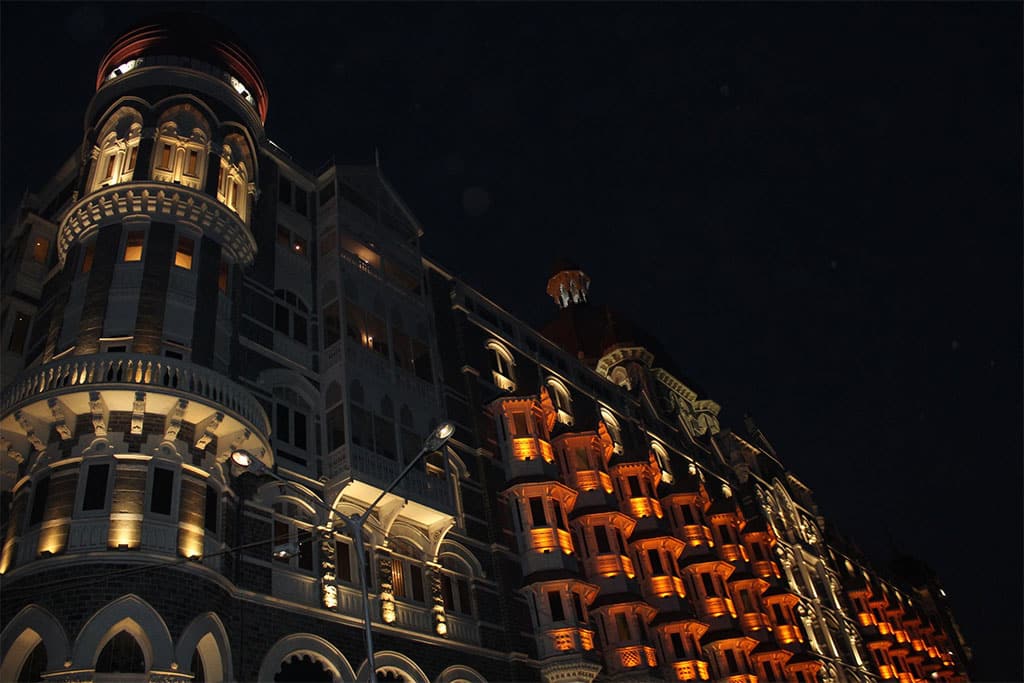 India has apparently considered to issue its first international bond ever, and perhaps the government’s grip on the central bank’s money box last week was part of the preparations.

Back in July, the senior government official Subhash Chandra Garg, from the Finance Ministry of India, mentioned to the press that India might be issuing its first international bond. According to the quote back then, the bond issue was considered to take place in October, and for a neat sum of $10 billion. It remains exciting if Asia’s third-largest economy chooses to issue its first international bond, especially as a series of economic warning lights glow red.

The amount in itself is large, but it should be seen in relation to India’s total currency and gold reserves of $430 billion. The size of the possible bond issue, in that comparison, is not significant, though it could lead to more bond issues- from a country with a credit rating that is just within the investment grade segment (the best half of credit ratings).

Whether the bond issuance will become a reality is still a very open question. According to medias Subhash Chandra Garg, it is no longer to be found in India’s finance ministry, and there has not been much released about the plans for a while.

The talk about the bond issue came across my mind when the Indian government received a money transfer of $25 billion from the Reserve Bank of India, the central bank, last week.

This in itself is epoch-making, and yet no one knows how to spend the money, but perhaps they will be used to repair some of the holes in the government budget before continuing with the work on the bond issuance?

It is not an unreasonable claim, and in most countries, it is customary that the central bank’s yearly profit, whether in full or partly, is transferred, to be included in the government’s fiscal budget.

In India, however, this is the first time that money has been transferred to the government. The amount of $25 billion consists of last year’s profit, as well as an extra dividend that many economists and investors would probably regard as “within the acceptable range.” But the process and how it happened is more worrying, in my opinion.

In several rounds, the government has adopted rules and amendments for the central bank, which means that the government has slowly gained more direct influence, particularly in the Monetary Policy Committee. The dispute over the money transfer has even led to the departure of several central bank governors in India within the recent years.

If the Reserve Bank of India is to hand over some of its profits moving forward, I would not regard that as alarming. However, what has been a concern for several years is the loss of the central bank’s independence, where the central bank, point one, does not decide the monetary policy solely independently anymore. Next, my fear is that there may be an increasing risk that the central bank, especially the capital reserves, will suddenly become part of the government’s fiscal planning.

Such a risk is not to be neglected, as India’s fiscal challenges remain an increasing problem- a development one should carefully consider as an investor.

Regardless if the bond issue turns into something or not, it will be really interesting to follow the $25 billion. If the government is earmarking the money for sensible investments, then I argue that it makes sense for it to have been in the piggy bank.

It is not to improve the streaming of movies, but to connect rural areas more closely to the general development in the country. For the population in the rural areas, this kind of investments improve the access to distance education, opening of bank accounts, etc. 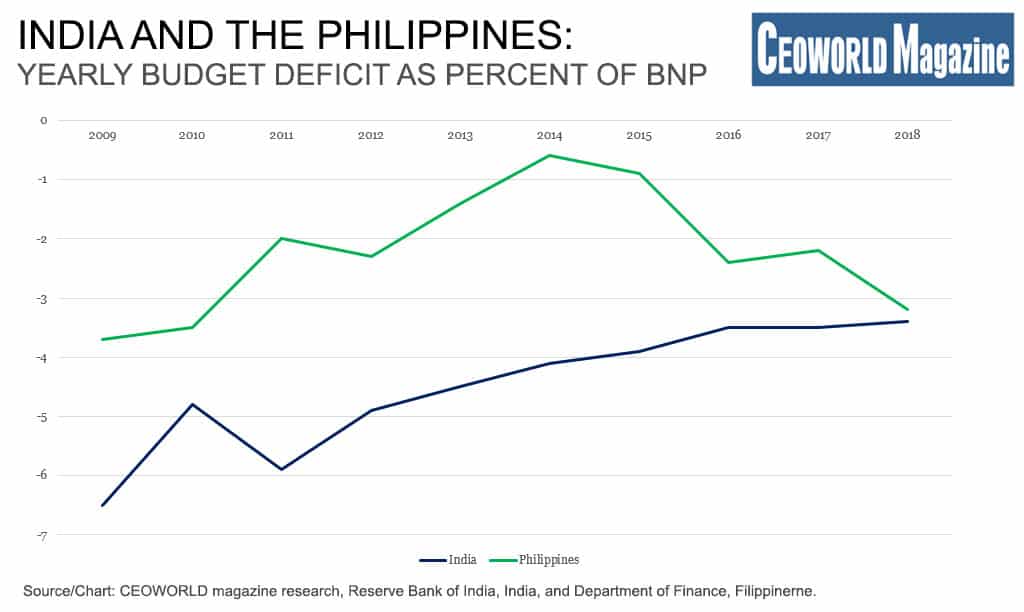 But the money can also go elsewhere. Graphic one shows the annual budget deficit as pct. of GDP in India and the Philippines, where the development in India actually looks quite reasonable. But the truth is that India has struggled to reduce its annual deficit as percentage of GDP, which is difficult, because the government has been unable to keep the GDP-growth at the desired level.

Therefore, it is also an option that the $25 billion simply closes a gap in the budget, because the tax revenue probably wouldn’t meet expectations this year. It means that the budget deficit will most likely exceed the targeted 3.3 pct. of GDP without the help of the transfer from the central bank. On the other hand, it dresses up the public budget if India moves into the international debt market.

As an example, I have also shown the development of the fiscal deficit from the Philippines. One can argue that it is not a lot better, but the story is a completely different. There was, and still is, fiscal room for public investments, which in the Philippines, has been used for income tax cuts and infrastructure investments to keep up the GDP growth at the elite level that it has.

This is why the Philippines remains an investment A-nation in my company, and somewhat differently assessed than, for example, India. 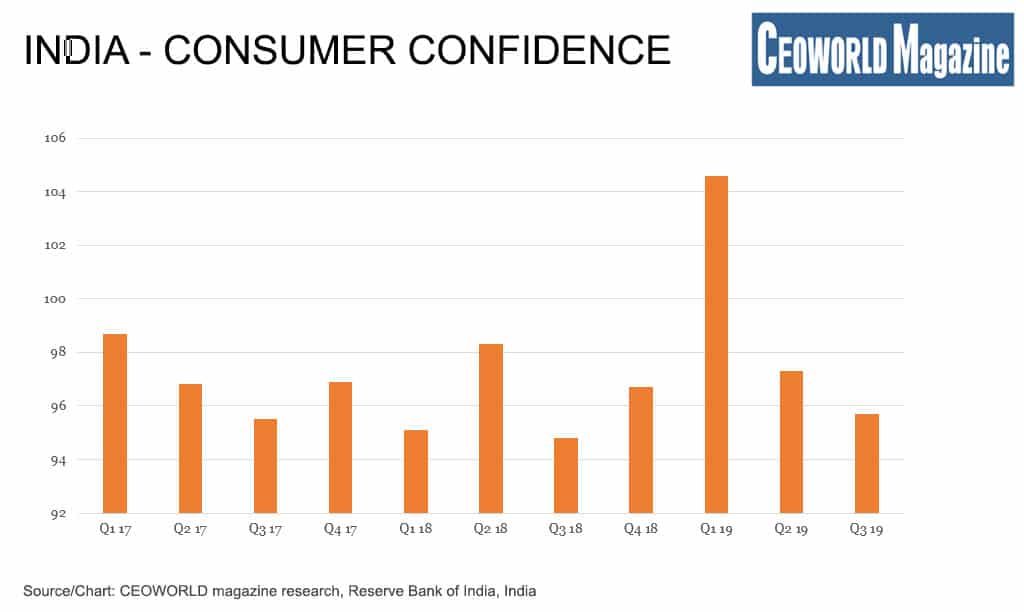 As a result of declining global growth, the domestic growth will become more important for all economies, including India. Graphic two shows that the consumer confidence in India also is subdued. The $25 billion could alternatively be used to spread happiness among households, which would not be a bad idea.

But one thing is certain- India’s economy is still suffering from too many holes in the government budget. It confirms that, just in case, then an international bond investor should be very critical and must seriously consider India’s economic outlook for the next few years.

India and the Philippines: Yearly budget deficit as a percent of BNP:

tweet
share on Facebookshare on Twittershare on Pinterestshare on LinkedInshare on Redditshare on VKontakteshare on Email
Peter LundgreenSeptember 5, 2019